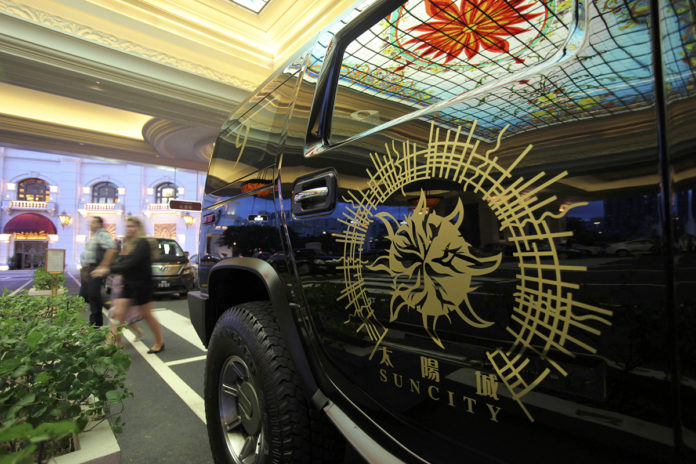 Another defendant, Tim Chau Chun Hee, acknowledged in the high-profile trial linked to the now-defunct junket operator Suncity Group that he was involved in the side betting business, the Court of First Instance heard on Friday (today).

His remarks came after Cheong Chi Kin, who also admitted on Thursday he engaged in side betting and stressed his illicit gambling operations were not linked to Suncity or its former boss Alvin Chau Cheok Wa.

A total of 21 defendants, including Messrs Alvin Chau, Cheong and Tim Chau, are indicted for illicit gambling activities, involvement in a criminal syndicate, fraud, and money laundering, causing the Macau SAR government a loss of HK$8.2 billion (US$1 billion) in gaming tax revenue between March 2013 and March 2021, as well as losses for the city’s gaming operators.

The Macau Public Prosecutions Office accused the criminal syndicate headed by Mr Alvin Chau of conducting under-the-table bets in VIP rooms of Suncity. Under-the-table betting, or also known as side betting or multiplier, usually refers to a bet formally denominated at a casino gambling table representing only a fraction of the amount of a private bet made between gamblers and junket operators to avoid gaming revenue levies.

Mr Cheong testified on Thursday a number of companies he managed had engaged in under-the-table bets but all were not related to Mr Alvin Chau, who had only introduced some high rollers to him for this practice following a meeting in 2013.

Chao Koc Keong, a legal counsel of Mr Cheong, displayed a transcript of messages dated 2020 on Friday, in which the defendant said his operation “is not part of Suncity Group”.

However, testimonies and documents presented since this trial began on Monday show that some Suncity staff had assisted in Mr Cheong’s under-the-table betting operations, for instance, three Suncity accounting clerks helped him to manage the finance of his firms, and the junket operator’s IT head helped him devise an operational system for side betting.

Mr Cheong testified on Friday he could do so because he had forged a friendship with Wong Pak Ling, the former head of Suncity’s finance department, during some events of Suncity between 2010 and 2012.

But he did not provide any exact reasons why Mr Wong — who is also one of the defendants, but has not been detained and has been absent from the trial — would help him, or explain the latter’s role in the side betting operations.

Asked by José Fong Kai Hou, a legal counsel of Mr Wong, whether the duo had communicated constantly, Mr Cheong said: “I’ve been very close with Wong Pak Ling… In the beginning, we had used phone calls to keep in touch.”

The lawyer then immediately challenged his testimony, saying there were no records on their phones showing the duo had any communications over the years.

Public prosecutor Lai U Hou also presented a document on Friday about side betting with the mention of a name “Wa Gor” (Brother Wa in English). “‘Wa Gor’ here does not refer to [Chau Cheok Wa]; it is the name of a company,” Mr Cheong responded.

While he admitted he engaged in the business of multiplier bets, he pleaded not guilty to crimes of fraud and involvement in a criminal syndicate. He also expressed regrets for conducting under-the-table bets and stressed again this practice was “prevalent” in Macau.

“I know I did something wrong… I’m willing to take responsibility for my actions,” he added.

Tim Chau Chun Hee, ​​executive director of local media-and-travel firm UO Group, also admitted on Friday he had invested in a side betting operation as “a small shareholder”, but underscored he did not actively engage in the operation. UO Group publishes local newspaper Exmoo News.

“I know I did something wrong and I am willing to be held liable for this,” he said, who was once an assistant to Mr Alvin Chau. But he did not admit any other wrongdoings.

He also revealed that the office of a Zhuhai subsidiary of UO Group was once cordoned off by law enforcement agencies in Mainland China for the investigation of cross-border gambling crimes in July 2020. “Some of the staff had been taken back to Wenzhou,” he added.

An arrest warrant for Mr Alvin Chau had been issued by the authorities in Wenzhou, a city located in the Chinese eastern Zhejiang province, over crimes of cross-border gambling before he was arrested and detained in Macau a few days later in November 2021. A total of 35 defendants pleaded guilty in August in a separate trial in Wenzhou about the cross-border illegal gambling syndicate linked to him.

The UO Group executive director also explained on Friday Mr Alvin Chau had once held interests in the firm but later relinquished his shares, because UO Group sought a financial service license in Macau which did not allow the involvement of individuals with a casino gaming background as shareholders.

Meanwhile, Lou Ieng Ha, who heads a three-judge panel in charge of this high-profile trial, set a deadline — all the complainants in the case, namely, the city’s gaming operators, must notify the court by 25 October whether they agree with the court to decide the amount of their damage claims against some of the defendants, including Mr Alvin Chau.

Judge Lou ruled last Friday that the criminal and civil proceedings of this case should be handled separately so that the hearing would not be delayed by the civil procedures. Five of the city’s six gaming operators — all except Melco Resorts and Entertainment — are complainants in this case, and have filed damage claims against the defendants.

According to the previous information provided by the court, the amount of claims from the gaming operators totalled at least HK$1.27 billion as the operators were said to lose as much as HK$2.28 billion in gaming revenue between March 2013 and March 2021.

The judge said on this Friday the operators should state clearly the minimum amount of compensation they would accept, and they might appeal to the decision if they deem the amount is too low at the end. If they don’t give green lights for the court to decide, they could file separate civil lawsuits against the defendants, she added.

The trial continues next Monday (26 Sept).