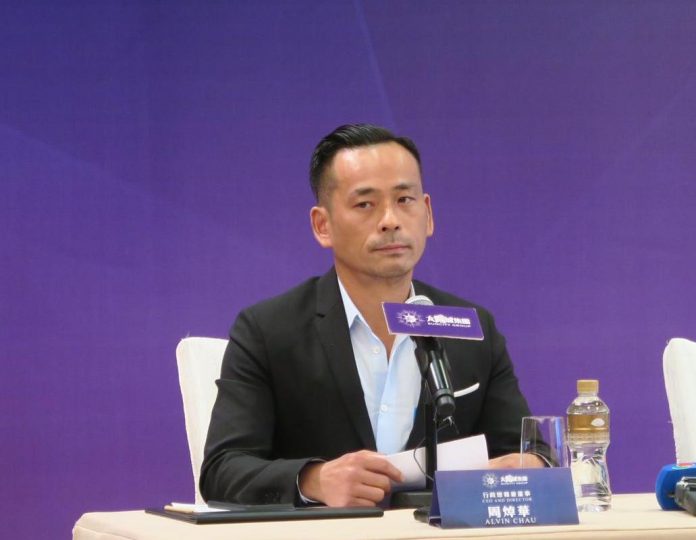 Under-the-table betting has been commonplace in many VIP rooms in Macau casinos, including those run by junket operators and those directly managed by gaming operators, former Macau junket boss Alvin Chau Cheok Wa told the Court of First Instance today (Tuesday).

Mr Chau testified in the trial, in which he and other 20 defendants — mostly mid-to-high level management executives of the now-defunct Macau junket operator Suncity Group — are charged with illicit gambling activities, involvement in a criminal syndicate, fraud, and money laundering.

Since the trial officially started on Monday, Mr Chau has repeatedly denied he was involved in the practice of under-the-table betting. Under-the-table betting, or also known as “side betting” or “multiplier”, usually refers to a form of gambling, in which a bet formally denominated at the casino gambling tables only represents a fraction of the amount of a private bet made between gamblers and junket operators to avoid gaming revenue levies.

Asked today in the court about the prevalence of this practice in the city, the former junket boss testified: “It happens in most casinos in Macau, including the VIP rooms of junket operators and those directly run by gaming operators.”

“It happened way before the establishment of Suncity Group. Probably before the handover [of the city to the mainland Chinese administration in 1999],” he continued. “It’s commonplace. It happens every day.”

Asked whether law enforcement agencies have intervened in this practice, Mr Chau said this practice usually happened when more than 10 people were crowded in a small suite of a casino VIP room, including gamblers and different junket representatives.

“Sometimes the officers [at casinos] might disperse the crowd if there are too many people in a small suite, and they might ask the gamblers what they are doing… and the gamblers will only say they are friends,” he remarked.

The former junket boss then pinpointed“it’s difficult” for law enforcement agencies to intervene in these activities as “it’s just a verbal pledge between gamblers and junket representatives”.

The Gaming Inspection and Coordination Bureau (DICJ), the local regulator for the gaming industry, also did not have any promotional materials in casinos to warn gamblers that side betting is not legal in Macau, he added.

The Public Prosecutions Office accused there were two third-party companies handling the finance and credits of side betting for Suncity, and a document was presented today, which was a tutorial for staff about the operation of under-the-table betting bearing a logo of Suncity Group.

Mr. Chau responded today: “Under-the-table betting was not part of the business of Suncity, and no one in our company had rights to authorise this type of betting.”

The former junket boss said on Monday the operation of side betting “may be” headed and supervised by Cheong Chi Kin, who he said was not an employee of Suncity. Mr Cheong is the fifth defendant in the case.

The Macau gaming industry has been in a slump since the onset of the COVID-19 pandemic in early 2020, as the Macau gaming revenue so far this year has only recovered to less than 15 per cent of the pre-pandemic volume. Addressing the situation, Mr Chau told the court today that Suncity Group had to look for different avenues for financing between the second half of 2020 and 2021 due to the shortage of liquidity over the negative COVID-19 impacts and the central government’s crackdown on cross-border gambling activities.

“We had to look for money in the second half of every month to settle loans and debts [in this period],” he responded.

The former junket boss and some other defendants in the case have also been indicted for running illicit gambling activities, such as online and proxy betting, in approved gaming venues. Proxy betting refers to gamblers giving instructions via telephone or other gadgets online to another person, known as a proxy, who helps them to place a bet on a brick-and-mortar casino.

“Suncity has only engaged in the business of telephone betting but not online betting,” Mr Chau reiterated today.

Mr Chau has testified in the past two days that Suncity had not conducted proxy betting in Macau after it was banned in 2016, and the operation had then been relocated to casinos in the Philippines.

But Suncity had ceased running the proxy and online betting business in the Philippines since mid-2019, following hard-hitting reports by the mainland Chinese media in June of the same year that the junket operator enticed mainland gamblers to gamble overseas through proxy betting, the court has heard.

The business had “transferred” to a businessman named Richard Yeung, Mr Chau said, who added, however, there was not an official transaction of the operation.

The second and third defendants of this case, Jeffrey Si Tou Chi Hou and Ellute Cheung Yat Ping, also testified today, and pleaded not guilty. Both served as the management executives of the market planning department of Suncity, and have been charged with running online and proxy betting for the criminal syndicate headed by Mr Chau.

The court also heard today the proxy betting operation of Suncity was renamed as UE after being transferred to Mr Yeung, and a former Suncity executive, Patrick Tan, served as the chief executive officer of the operation. Both Mr Yeung and Mr Tan have not been indicted in this case.