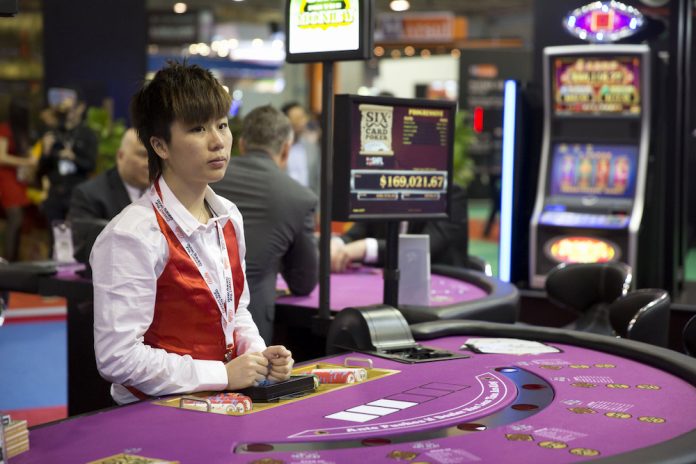 Research conducted by a Macao Polytechnic Institute lecturer indicates that emotional and instrumental support from families, friends, and domestic workers are the most important types of social support for shift working mothers, helping them cope with the stress caused by their jobs in casinos.

The study was conducted by Susan Shuang Liu, a lecturer at the Macao Polytechnic Institute Centre for Gaming and Tourism Studies, and looked to understand the impact of social support on local casino shift working mothers.

“The reason why I pursued the topic is that as a mother of two young children, I understand how much a working mother needs to devote into her life, and I have some students who enrolled the Gaming and Recreation Management program in our centre are also working in casinos, so I know how challenging it would be for them to work full-time, study at the university and also have children to take care of,” Liu told Macau News Agency.

“So I think it would be interesting if I talk to some shift working mothers and know more deeply about their daily life and see anything we, the government, the communities and the companies can do to help them”.

According to the research, by the end of 2019 there were 85,100 employees working in the gaming industry, 58.7 per cent of which were females.

About 85.1 per cent of gaming employees were required to work shifts, compared to 26.3 per cent of shift workers in non-gaming industries.

In-depth interviews were conducted with 21 female participants from December 2019 to February 2020, with data collected on age, marital status, education, monthly salary, current position, and working experience, plus opinions on their job-related stress and social support.

Most of the participants worked 48 hours a week (with one day off per week) as either dealers, pit managers/supervisors, or shift managers, and the majority being between 31-40 years of age.

All participants had been working in the Macao gaming industry for at least six years, most of them having a monthly salary between MOP 20,000 and MOP 39,999.

About 71 per cent of participants’ spouses also worked in the Macau gaming industry including casinos and junket promoters, 12 of them working in the same casino or even the same department.

The job-related stress that participants reported to be suffering from was mainly caused by work-family conflicts, the expectation to be promoted, and management roles; most participants said that working shifts made it harder to take care of their child or provided them with little time to spend with their families.

Almost all respondents admitted to finding being understood, accepted, and comforted extremely helpful when they are under pressure; only four participants reported receiving positive emotional support in the workplace from direct bosses or colleagues.

According to the study, the most common strategy that participants used to cope with job-related stress was to talk to their spouses, family members, or close friends, followed by doing relaxing activities such as shopping, watching TV/movies, or listening to music.

The results also showed that the longer those participants worked in their current positions, the less stress they would feel.

None of the participants reported risky behaviours such as gambling, drinking, or smoking as stress-coping strategies.

About 90.5 per cent of respondents stated that they had considered or were considering transferring to non-shift working positions so that they could have more time to tend to their children and have a normal personal and family life after work.

However, they admitted it would be hard to find a similar job outside the gaming industry, apart from working in the public sector.

Some work policies considered to be helpful included allowing swapping schedules among shift workers, paying tuition fees for them, and offering the privilege of selecting specific schedules to facilitate their continuing education; providing babysitting support to the participants’ spouses, mothers, or domestic workers was also considered essential.

One participant even expressed that “if there was no help from my parents or domestic helpers” it would be impossible for her to keep her job.

Participants also suggested that the government or gaming operators should provide more support to shift working workers whose children are under 3-5 years old, such as flexible babysitting service, and flexible scheduling policy, because children in their first 3-5 years will need more attention and caring from their mothers.

Moreover, the government should carefully consider the policy of social habitation applications to support single-parent families.

Meanwhile, the research suggests that the Macau government and casino operators should provide appropriate support and training to target employees in order to increase their job satisfaction and reduce turnover intention.

According to Liu, the research shows that it is not easy for females to fully devote to a full-time job, especially working on a shift, when they have children.

“They have gained a lot of instrumental support from their personal networks including spouses, families and friends as well as company policies to help deal with job pressure. It is also important but often be neglected is that emotional support can almost immediately help these shift working mothers, but most people, including the female employees themselves, are lack of relevant knowledge or skills to provide emotional compassion to them, no matter in or outside of the workplace,” the researcher pointed out.

“It will be valuable for casino employees to receive some training on mindfulness meditation and mindful self-compassion to help themselves to calm down when in difficult emotions or under high pressure, therefore help to improve their relationship with their clients and colleagues”.

October 7, 2022
At least 82 people have been killed by Iranian security forces in the city of...

October 7, 2022
One person died Thursday when violent clashes near a soccer match outside Buenos Aires between...

October 7, 2022
Equity markets in Asia and Europe fell and the dollar rose as the optimism that...
Load more