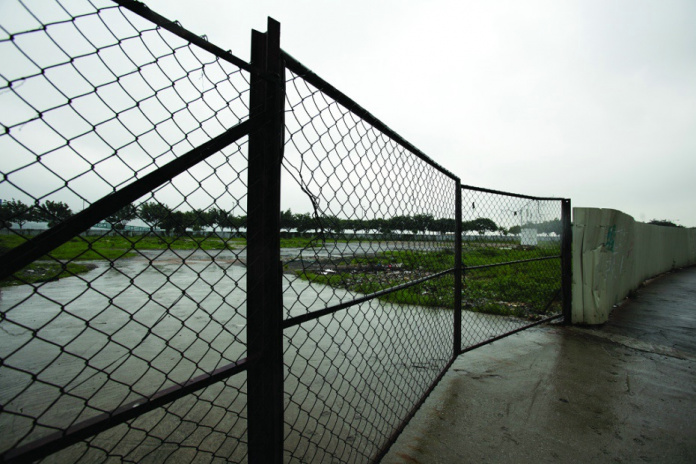 Lack of supervision from higher-ranked officials towards their subordinates, lengthy and complex administrative and approval process for construction projects and low information transparency are believed to be some of the factors for the recent alleged corruption cases at the Land and Public works Bureau, observers say

In just about three weeks, the city’s anti-corruption watchdog announced one after another that two former top officials at the Land, Public Works and Transport Bureau (DSSOPT) have fallen from grace over allegedly taking bribes and others. This string of news might have come as a surprise but has not been beyond expectation: some found it surprising that two former DSSOPT directors were targeted in the probe in a short time period, but the field of public works has long been regarded as a breeding ground for corruption.

Despite the improvements in regulations since the high-profile corruption case of Ao Man Long — the former secretary for transport and public works — more than 15 years ago, the latest incidents, say political observers and critics, showcase much more still has to be done to weed out the illicit practices in the area of construction, public works and land.

The Commission Against Corruption (CCAC) first announced on December 24 that a former DSSOPT head was arrested and suspected of taking bribes to commit illicit acts, money laundering and forgery. The official “abused his power during his tenure and unlawfully approved multiple [private] construction projects” after receiving “considerable” sums of bribes from businessmen, the watchdog remarked in a statement. Though the identity of the former official was not divulged at the time, it has been widely reported since that the suspect was Li Canfeng, who served as the DSSOPT director between December 2014 and December 2019, and the deputy director of the same department between 1998 and 2008.

Less than a month later, CCAC revealed on 13 January that another former DSSOPT head was found to be involved in a separate corruption and money laundering case, in which he had approved private projects that breached administrative regulations and established guidelines in exchange for “large sums of money and real estate interests”. While the watchdog did not identify the suspect, the former official has been reported to be Jaime Carion, who headed the public works bureau between 1998 and late 2014 before retirement.

“Before and after the handover [in 1999], many in the community have the impression that the area of public works, construction and land is corrupt, which involves significant financial interests and a large amount of public expenditure [each year],” says Yu Wing Yat, an associate head and associate professor at the Department of Government and Public Administration of the University of Macau. “This has not changed throughout years.”

From the case of Ao — who was arrested in December 2006 and received a sentence of imprisonment of 29 years after three rounds of trial — to the two newest cases in DSSOPT, the academic says these underline that the supervision from the higher-ranked officials towards their subordinates is not enough. “The Chief Executive could better oversee the five government secretaries to prevent them from committing any illegal practices. It is the same for the five secretaries towards the bureau directors under their scope,” Professor Yu illustrates. “While watchdogs like the Commission Against Corruption and the Commission of Audit could help discover problems in government departments, it’s often too late when these watchdogs launch the probe, as the damage has already been done.”

The corruption cases involving major officials in the area of construction and land again also underscore local regulations and could be further ameliorated to enhance the transparency of the relevant procedures, the scholar adds.

In the wake of the Ao case in late 2006 — the highest-ranking official arrested in the history of the Macau SAR — the authorities have gradually come up with new laws and rules to try closing loopholes in the mechanisms of land grants, construction project approvals and others, for instance, the new Land Law and the city’s first Urban Planning Law came into force in 2014.

A major change in the new Land Law is that public tender is now required for land grants, and an exemption is only allowed in case of “major public interests”, says Au Kam San, president of the Macau Community Development Initiative. “The commonplace practice of land grants at a low price in the past is no longer possible with the implementation of the Land Law,” says Mr Au, who was also the former legislator between 2001 and 2021.

Though the city’s urban master plan — an overall blueprint and guideline for the land and space usage across the SAR — was only enforced this year, eight years after the implementation of the Urban Planning Law in 2014, the former lawmaker says the law has formulated procedures that prevent officials from abusing their arbitrary power to enhance the floor area ratio, height cap of a project or other changes of private projects in exchange for benefits from developers.

Nonetheless, despite the changes in the mechanisms in recent years, Mr. Au addresses, for example, private construction projects still require a lot of administrative approvals with low information transparency, remaining as a breeding ground for corruption. In the case of Li Canfeng, the CCAC noted that the former DSSOPT director had circumvented the established procedures to speed up the inspection and permit approval process for a private construction project after receiving bribes from the developer.

“This problem could only be resolved if the administrative procedures in regards to public works, construction and land have been significantly reduced and more information about the process have been made available to the public,” Mr Au adds.

A similar perspective has also been advanced by incumbent lawmaker José Pereira Coutinho. “The complex approval procedures in various aspects… have prompted [some businessmen] to offer significant financial interests to [officials] to accelerate the entire process,” he says.

“As the transparency of the administrative procedures and the incorruptibility and accountability of officials are overlooked… scandals happen one after another in DSSOPT,” Mr Coutinho says, who is also the president of the Macau Civil Servants Association. The authorities should carry out a comprehensive review of DSSOPT to identify any problems or potential defects in its operation, he adds.

The latest cases of the former DSSOPT directors also shed light on the government’s shortfall in the appointment of major officials. Both Messrs Carion and Li had been the direct subordinates of the disgraced secretary, Ao Man Long, for years before the former secretary was arrested. Mr Li had even quit the public service in light of the conclusion of the first round of the trial of his boss in 2008, but he returned to the government to replace Mr Carion to lead DSSOPT in December 2014. The government’s decision of appointment at the time has already been challenged by some critics, given Mr. Li’s resume and track record.

The authorities should review and reflect on how they have appointed officials and set up a more rigid appointment mechanism, says another lawmaker, Leong Sun Iok. “In a bid to prevent corruption, it is important to appoint capable officials through a comprehensive mechanism of appointment, selection, promotion and training of officials,” adds the lawmaker from the Macau Federation of Trade Unions, the city’s largest labour group.

“The government should also strengthen the training of civil servants, particularly enhancing their awareness and knowledge of anti-graft, to build a clean image and ensure its integrity,” he points out, also concurring the administration should review its current land and construction approval mechanism to plug loopholes that could lead to power abuse.

Mr Li has been placed in pre-trial detention in Coloane prison, while Mr. Carion and his family have “taken refuge abroad for a long time” and not returned to the city but various real estate properties owned by them have been seized, according to CCAC. Local media reported in 2019 that about 40 real estate properties purchased between 1991 and 2016 under the name of Carion and his family had been seized by the authorities.

However, the watchdog and the authorities have not provided further details of the two DSSOPT cases, such as the identity of other people involved, whether the investigation was still on-going, and the details of their crimes.