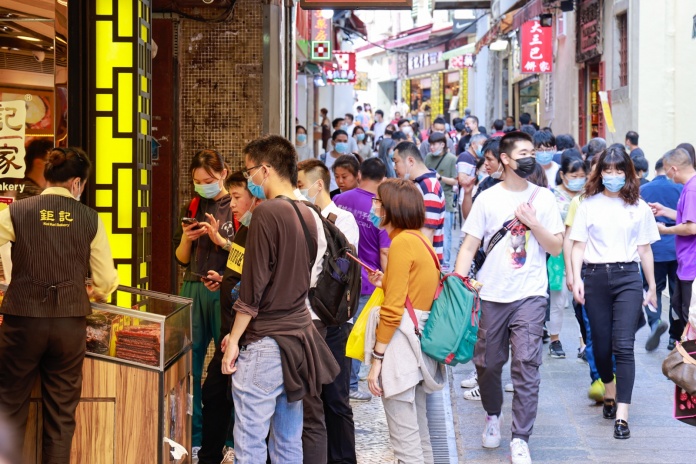 As part of the 2021 Scheme for Employment Security, Economic Stabilization and Care for Residents’ Livelihood local authorities tourism tax exemptions will be expanded to include tourism service establishments such as hotels, night clubs, bars, saunas, health clubs, massage parlours, karaoke lounges and so forth.

These establishments will be exempted from tourism taxes on their services provided, effective from May 11 until December 31.

“While Macau is in the midst of transition towards economic recovery, the SAR Government is offering considerable support to the travel trade to ease their burdens,’ the MGTO noted.

Brokerages have recently indicated that daily gaming revenues in May have increased considerably from previous months thanks to a Labour Day Golden Week boost and a steady growth in visitation.

A total of 167,000 visitor arrivals were reported during the May 1-5 Labor Day Holidays – an average of 33,000 per day – while the average occupancy rate of local hotels reached 83.2 per cent.

The average daily volume of visitor arrivals during the Labour Day Holidays this year rebounded up to 21.1 per cent of the pre-pandemic figure.

June 21, 2021
China's Ministry of Water Resources on Sunday urged flood-prevention efforts in the northeast of the...

June 21, 2021
The following are the latest developments of the COVID-19 pandemic in Asia-Pacific countries on...
Load more