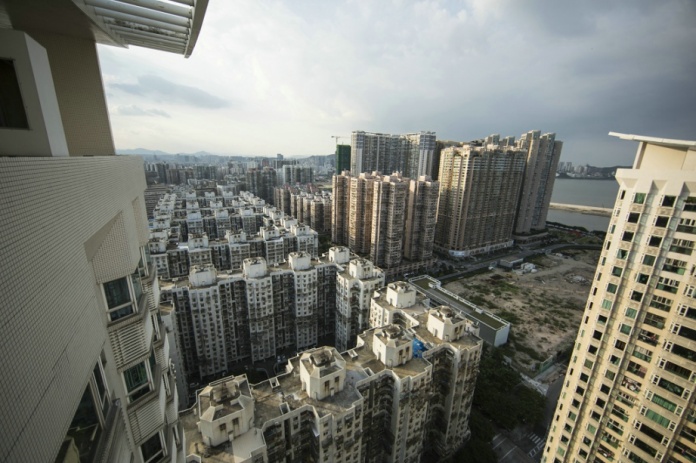 In the month when the high-profile development plan of Guangdong-Macau In-depth Cooperation Zone in nearby Hengqin and the long-awaited proposed revision to the gaming law of Macau were rolled out, the authorities also put forward a consultation paper on the city’s second five-year plan.

Given the timing and context of the release — when the Macau economy is still struggling to recover from the negative impact induced by the Covid-19 pandemic — it came as no surprise that the document released in September emphasises further integration with Mainland China while further departure from the glitz of casinos.

The government undertakes a 60-day public consultation exercise on the proposed plan for the economic and social development of the territory, covering the 2021-2025 period, until 13 November. The 68-page consultation paper, which outlines the key policy initiatives in the upcoming five years, singles out five major guidelines: nurturing new industries to facilitate the diversifications of the local economy; optimising the social and livelihood infrastructure and expediting the local culture; strengthening urban planning to build a liveable city; improving the legal infrastructure and governance; and playing the special advantages of Macau to integrate with the national development.

Compared with the first five-year plan for the 2016-2020 period, which envisions the development of the city into a world-class leisure tourism centre and destination by 2030’s and “an international-standard city for living, working, travelling and having fun”, the consultation paper underscores “the legal infrastructure and executive mechanism concerning the national security to be further improved” and the Hengqin-Macau integration as some of the major development goals of the territory in the next five years in addition to Macau becoming the global tourism centre.

The term “national security” was only mentioned once in the 2016-2020 plan, while the consultation paper for the 2021-2025 plan alone reiterates this concept 13 times. The same situation also applies to the terms “Hengqin” and “integration with the mainland/national development”, which repeated four times and six times respectively in the first five-year plan while 20 times and 11 times in the consultation paper. The latest proposal also has two separate sections dedicated to the in-depth cooperation zone in Hengqin and the development of the Guangdong-Hong Kong-Macau Greater Bay Area respectively.

Scholar Joey Lau Chi Ngai is not surprised with the greater emphasis placed in Hengqin and the cooperation with the mainland in the second five-year plan. “Given a population size of over 600,000 in an area of about 30 square kilometres, Macau is only a micro-economy with limited room for the development of industries,” says the president of the Association of Economic Sciences of Macau, adding the lack of land resources and manpower in Macau create hurdles for the diversifications of the city from gaming, which the authorities have endeavoured to do so for years.

“We could not just talk about the city alone for the appropriate economic diversifications of Macau anymore,” Mr Lau says. “Through [regional] cooperation, the pie will become bigger for the industries of Macau, which face the market of the 70 million population in the Greater Bay Area and even the 1.4 billion people across the entire nation.”

The latest consultation paper highlights the city will facilitate the industrial diversifications through the health-related industries led by the sector of traditional Chinese medicine (TCM), modern finance, high-tech manufacturing, event and convention sector, and industries of culture and sports, compared with just the sectors of TCM, event and convention, and the cultural creative industry in the 2016-2020 plan. The latest industrial focus actually echoes the four major industries underlined in the cooperation zone in Hengqin: high-tech manufacturing, scientific and technological research; Macau-branded industries like the TCM sector; tourism, convention and exhibition services; and modern finance.

The five major sections for the 2021-2025 period listed in the consultation paper are similar to the sections in the first five-year plan, but the section about industrial diversification and economic development is put at the first place this time while improving livelihoods was placed first in the 2016-2020 plan.

Mr Lau thinks it makes sense for the authorities to prioritise the economic development and industries’ diversification due to the Covid-19 outbreak starting from early 2020. “The government finance has been in the red for two consecutive years but it still has a lot of expenses like the support for social welfare purposes,” the scholar points out. “The economy is a real concern so it’s reasonable for the section about economic development to be placed first [in the second five-year plan].”

In contrast to the first five-year plan that emphasises the synergy and co-development of the gaming and non-gaming sectors, the latest proposed plan gives less coverage about the gaming industry, which the authorities now regard as part of the “integrated tourism and leisure sector”. The term “gaming” appears just 12 times in the proposed plan for the 2021-2025 period against 33 times in the 2016-2020 plan.
The direct mentions of gaming in the latest document are about the optimisation of the legal regime of gaming like the revisions to the local gaming law, the smooth process for the new round of public tender of gaming licenses, and the support for local small-and medium-sized enterprises (SMEs) from gaming operators.
Samuel Tong Kai Chung, president of the Macau Institute of Management, thinks the inclusion of the gaming sector as part of the “integrated tourism and leisure sector” underlies the city’s commitment to establishing itself as the global leisure tourism centre. “The consultation document also proposes the gaming structure should be further optimised with a larger proportion for the mass market, which is in line with the national policies and reduces the negative impact from gaming upon the society,” the academic illustrates.

Figures from the gaming regulator show the VIP revenue once made up as much as 70 per cent of the total gaming revenue in the territory in 2013, although it only accounted for 40 per cent of the total in 2019 before the pandemic started. The decline in the dominance of the VIP sector has been mainly due to the slowing economy in the mainland, the central government’s campaign to clamp corruption and Beijing’s efforts to rein in the capital outflow from the nation rather than the shift of the local gaming structure, analysts have said.
“Though the official document does not have a lot of direct coverage about the gaming sector… I don’t think it means the gaming industry is no longer important, which is still a major economic pillar of Macau and one of the largest employers,” Mr Tong notes. “Like what the paper says, the sector should be further consolidated.”

Light in the dark

When the city’s first ever five-year plan was advanced in 2016, some analysts deemed the document a collection of annual policy addresses, as well as a political gesture to align with the steps of Beijing, as the central government has a tradition of publishing five-year plans to lay down its visions for the national social and economic development.
Legislator Leong Hong Sai acknowledges the importance of the five-year plan for Macau. “It can actually give the city a clear idea about the future blueprint, namely, what should be done in the next five years,” he says. “It plays an active role in maintaining the stability and sustainable development of Macau, as well as ensuring the city’s role in the economic development and the opening up process of the nation.”

As the public consultation for the second five-year plan is being undertaken, the authorities also released an execution report in September, for the 2016-2020 plan. The report notes that the targets for 15 out of 21 economic and social indicators laid down in the first have been achieved, while three have not been achieved — namely, the median monthly earnings of the employed population, the carbon commission level and the increase in the number of hospital beds — and the targets for three have been narrowly missed, including the unemployment rate, the increase in the number of nurses, and the coverage of pensions. Over 80 per cent of the 178 major tasks, or 144 tasks, listed in the 2016-2020 plan have been completed, while the works for the remainder are still on-going.
The first five-year plan “has been basically achieved” albeit the impact caused by the Covid-19 pandemic, as well as Typhoon Hato which caused the death of ten people and an economic loss of over MOP12.5 billion (US$1.56 billion) in the city in 2017, the report said.
Acknowledging it is acceptable that some of the indicators in the 2016-2020 plan have not been achieved over the coronavirus outbreak, Mr Leong notes: “As the Covid-19 pandemic continues to persist and affect the economic development worldwide, there will be more challenges and hurdles for Macau in the future.”
“Thus, it is more important for Macau to have a clear, concise and continuous path for the development of social affairs, economy, culture, housing and other areas to enhance the competitiveness of the city in these challenging times,” he adds.