In October 2018, the statistics portal Statistica noted the increase in registered mobile phone users in Macau, from 396,000 in 2008 to 743,000 in 2017. The International Telecommunications Union (ITU) reported that, since 2010, Macau has been the world leader out of 230 countries and territories included in its list of mobile-cellular telephone subscriptions per 100 inhabitants, currently at 321 per 100, far outstripping its nearest rival Hong Kong, with 240. Its December 2018 statistical report notes that the most affordable handset-based mobile-broadband prices are in Macau.

Cellphones are useful but this comes at a heavy price. Try these: they make people too accessible, available and surveillable; they destroy face-to-face relationships; they are addictive; they waste lives. Whilst they can facilitate communication and relationships, they can also fracture and destroy them. They are wonderful yet dangerous.

The ITU remarked in December 2018 that, in an IT-rich age, social skills will be ‘fundamental for achieving positive and avoiding negative outcomes’. The next time you are in a restaurant in Macau, find a family to observe. How many are on their cellphones? Why have family members come together, only to go their separate ways on their cellphones? Watch parents letting their children play cellphone games to keep them quiet. See children get angry if their games are interrupted. See parents, intent on checking their cellphones, get annoyed when their children want their attention; children are the distraction. Watch a couple in a restaurant: making small talk is out, as they are far too busy on their cellphones, or one of them waits in silence whilst the other is screen-absorbed.

Maybe it’s a cultural difference but I seethe when people at a meeting are on their cellphones. How disrespectful. Look at television coverage of Macau’s Legislative Assembly and its committees’ meetings: see how the members, who should be participating fully in the meeting, are actually reading and writing cellphone messages. It’s not just in Macau; watch delegates at meetings of the European Union or the United Nations. What’s more important – helping the world or checking your email?

Think of the myriad times when someone you are talking to receives a cellphone call or message, and their familiar cry of ‘sorry’ seems to give them all the legitimacy they need to interrupt your conversation, leaving you waiting. In other words, the caller or sender is much more important than you; you are put ‘on hold’ whilst the cellphone trumps the face-to-face talk. It’s infuriating.

Count the drivers in Macau who think that it’s OK to break the law and risk others’ lives by taking or making calls whilst driving. See how Macau’s pedestrians cling to their cellphone as if by some magical umbilical cord; they dare not let it go, as to be without it is like losing an arm or a leg. As Sherry Turkle’s ‘Reclaiming Conversation’ puts it, people feel incomplete, not a whole person, without their cellphone. They fear missing out on the next piece of juicy gossip, or not being ‘liked’, or not receiving some pathetic picture of their friend’s dog, cat, dinner, or baby rolling on the floor. Spare us.

Many schools across the world have banned students’ cellphones on the campus. They recognize not only the waste of time but the addiction, obstacles to learning, obsession with being ‘liked’, risks of online bullying, and superficiality that cellphones breed. It’s a good move. Why do some higher education institutions in Macau positively encourage students to use their cellphones in class, knowing, or ignoring the fact, that they are being misused?

My own hell is to be universally connected every moment of the day, so I am not. I don’t feel alone or ignored without my cellphone; I don’t want to be one of the ‘in-crowd’, permanently connected; and I certainly don’t want to see a picture of what a person is about to eat or smiling, having just eaten it. I have never used social networking sites or similar instruments of torture; I have removed many apps from my cellphone, and I delight in this.

Call me a sad, old-fashioned, unsociable, selfish misanthrope who is missing out on a world of connection, an out-of-touch, grumpy old bore who should be in some twilight home for the desperately bewildered, but I am very happy keeping my cellphone switched off for 99 per cent of the day and only using it for my own, not others’ purposes. 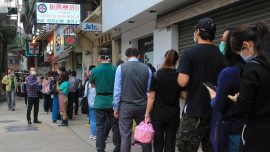 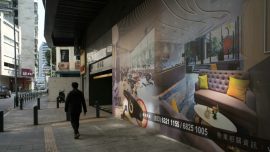