Barry Eichengreen Professor at the University of California, Berkeley, and the University of Cambridge The Federal Reserve is under attack. Bills subjecting the United States central bank to auditing by the Government Accountability Office are likely to be passed by both houses of Congress. Legislation that would tie how the Fed sets interest rates to a predetermined formula is also being considered. Anyone unaware of the incoming fire only had to listen to the grilling Fed Chair Janet Yellen received recently on Capitol Hill. Members of Congress criticized Yellen for meeting privately with the president and treasury secretary, and denounced her for weighing in on issues tangential to monetary policy. Still others, like Richard Fisher, the outgoing president of the Dallas Fed, have inveighed against the special role of the Federal Reserve Bank of New York. Reflecting the New York Feds heavy regulatory responsibilities, owing to its proximity to the seat of finance, its president has a permanent seat on the Federal Open Market Committee, the body that sets the Feds benchmark interest rate. This, its detractors warn, privileges Wall Street in the operation of the Federal Reserve System. Finally, some object that bankers dominate the boards of directors of the regional Reserve Banks, making it seem that the foxes are guarding the henhouse. This criticism reflects the fact that the United States has just been through a major financial crisis, in the course of which the Fed took a series of extraordinary steps. It helped bail out Bear Stearns, the government-backed mortgage lenders Freddie Mac and Fannie Mae, and the insurance giant AIG. It extended dollar swap lines not just to the Bank of England and the European Central Bank but also to the central banks of Mexico, Brazil, Korea, and Singapore. And it embarked on an unprecedented expansion of its balance sheet under the guise of quantitative easing. These decisions were controversial, and their advisability has been questioned  as it should be in a democracy. In turn, Fed officials have sought to justify their actions, which is also the way a democracy should function. There is ample precedent for a Congressional response. When the US last experienced a crisis of this magnitude, in the 1930s, the Federal Reserve System similarly came under Congressional scrutiny. The result was the Glass-Steagall Act of 1932 and 1933, which gave the Fed more leeway in lending, and the Gold Reserve Act of 1934, which allowed it to disregard earlier gold-standard rules. The Banking Act of 1935, as amended in 1942, then shifted power from the Reserve Banks to the Board in Washington, DC, and confirmed the special role of the Federal Reserve Bank of New York. These reforms reflected an overwhelming consensus that the Fed had been derelict in fulfilling its duties. It had failed to prevent the money supply from contracting in the early stages of the Great Depression. Heedless of its responsibilities as an emergency lender, it had allowed the banking system to collapse. When financial stability hung in the balance in 1933, the Reserve Banks failure to cooperate prevented effective action. Given such incompetence, it is not surprising that subsequent reforms were far-reaching. But these reforms went in precisely the opposite direction from todays proposed changes: fewer limits on policy makers discretion, more power to the Board, and a larger role for the New York Fed, all to enable the Federal Reserve System to react more quickly and robustly in a crisis. It is far from clear, in other words, that the right response to the latest crisis is an abrupt about-face. Ultimately, whether significant changes are warranted should depend on whether the central banks interventions in fact aggravated the recent crisis, as they aggravated the crisis of the 1930s. But the Feds critics have been curiously nonspecific about what they regard as the Feds mistakes. And where they have been specific, as with the accusation that the Fed was fomenting inflation, they have been entirely wrong. Fed officials, for their part, must better justify their actions. While they would prefer not to re-litigate endlessly the events of 2008, continued criticism suggests that their decisions are still not well understood and that officials must do more to explain them. In addition, Fed officials should avoid weighing in on issues that are only obliquely related to monetary policy. Their mandate is to maintain price and financial stability, as well as maximum employment. The more intently Fed governors focus on their core responsibilities, the more inclined politicians will be to respect their independence. Finally, Fed officials should acknowledge that at least some of the critics suggestions have merit. For example, eliminating commercial banks right to select a majority of each Reserve Banks board would be a useful step in the direction of greater openness and diversity. The Federal Reserve System has always been a work in progress. What the US needs now is progress in the right direction. Project Syndicate 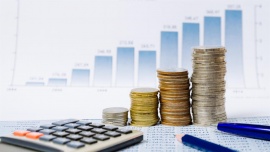 May 4, 2021
The Legislative Assembly has just approved this year's first Budget revision. The proposal was fast-tracked...

May 1, 2021
Recent political and economic developments in Shenzhen have shown that the southern Chinese city is... 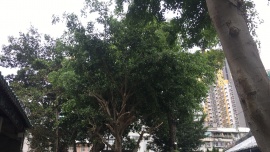 April 27, 2021
There has been discussion around town about real estate prices coming down in the wake...
Load more