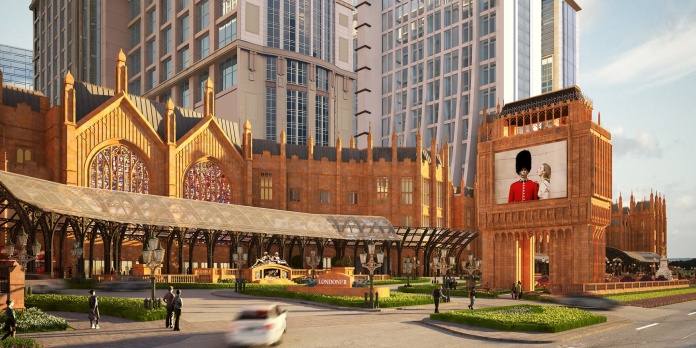 The management of Las Vegas Sands believes its new Cotai integrated resort, The Londoner, has the potential to reach the same performance levels as its Venetian property.

Las Vegas Sands Chairman and CEO Rob Goldstein and President and COO
Patrick Dumont recently attended a 2021 Strategic Decisions Conference held by brokerage Sandford C. Bernstein, in which they discussed their expectations for the local market.

The first phase of the US$1.9 billion The Londoner project held its official opening on February 8, with the property to complete its re-development and openings throughout 2021.

Sands China Ltd, the Macau subsidiary of US casino giant Las Vegas Sands, has reported a net loss of US$213 million for the first quarter of this year, despite a quarterly improvement in revenues, with The Venetian Macao contributing US$340 million and the Londoner some US$137 million.

‘Management remains confident on the return profile (above mid-teens) for the capacity expansions in Macau and the company sees Macau as still the best land-based gaming market for Sands to invest in,’ the conference summary indicated.

In October last year, Las Vegas Sands announced that it was in early-stage talks that could result in the company selling its Nevada assets for US$6 billion, in order to focus on the Asian market.

Goldstein and Dumont also addressed the pending issue of the gaming concessions tender, underlining that ‘no clarity’ remain about what new terms may be or what the timeline will be despite only one year remaining for the June 2022 concession expiry deadline.

The group was said to have mentioned that the Macau government has done a ‘large amount of studies and research into the best regulatory regime for the industry’s development over the long-term’, with Sands considering its pioneering investment in Cotai and non-gaming elements strong factors that could provide some confidence on their concession renewal.

September 29, 2021
Iran will resume issuing visas to foreign tourists from next month, officials said, after suspending...