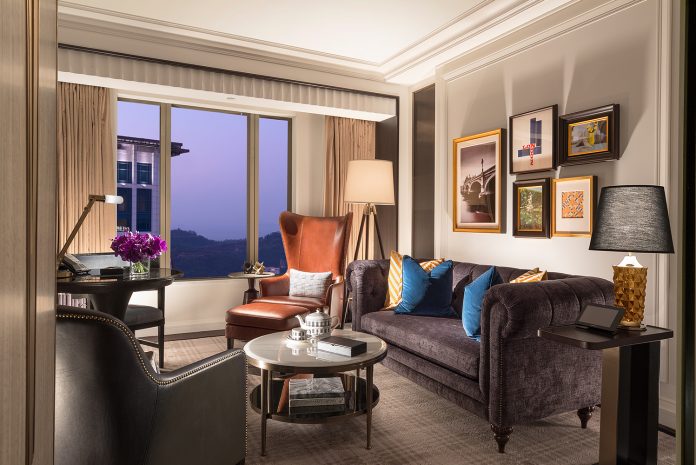 The Londoner Court suites are still expected to be completed late this year, with the new integrated resort project to be delivered in phases throughout 2020 and 2021, the Executive Vice President of Global Retail at Las Vegas Sands, David Sylvester, stated in an interview for Retail & Leisure International.

The refurbished complex will also add a new 6,000-seat arena, new dining and entertainment offerings and recreations of classic British landmarks, including an exterior façade of the property modelled on the world-famous Palace of Westminster and Houses of Parliament and a replica of Big Ben.

Sands also plans to open a number of London high street outlets to complement their existing UK retailers, like Marks and Spencer, and improve its retail mix at Shoppes at Londoner.

‘Connectivity and accessibility are pivotal. It is all about making the customer journey as seamless and enjoyable as we can. It ensures our guests can travel through the whole integrated resort and visit all of our malls, the Shoppes at Londoner, Shoppes at Venetian, Shoppes at Parisian and Shoppes at Four Seasons, without ever having to step outside,” Sylvester stated in the interview.

It was recently reported that Las Vegas Sands Corp is pondering selling its Las Vegas properties for some US$6 billion to help fund its Macau and Singapore operations and planned expansions.

The group has recently completed and opened The Grand Suites at Four Seasons, adding a total of 289 units to the hotel for a combined 649 room count.

May 26, 2022
UK Defence Secretary Ben Wallace on Wednesday called on Moscow to do the "right thing"...

May 26, 2022
Britain brings out the bunting next week for Queen Elizabeth II's Platinum Jubilee, with four...
Load more