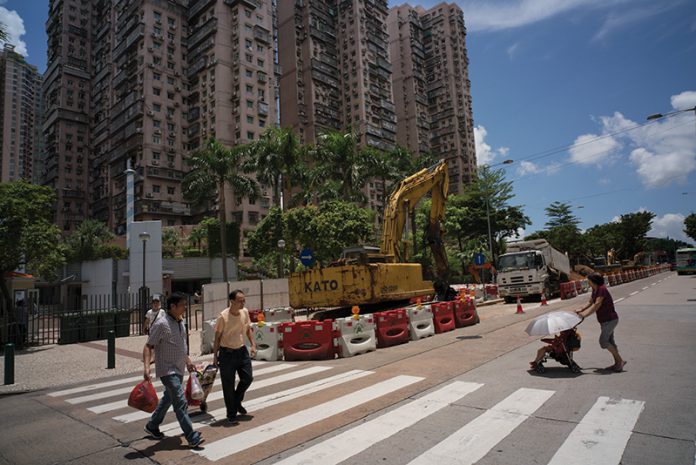 Only in a place where the current regime is not democratic, with representatives of the legislative and executive powers not being elected by direct suffrage – therefore, where the impudence is so great that one can afford the greatest nonsense without any fear of consequences – is it possible to say without fear of being ridiculed something like: “One of the reasons for the low execution of projects under the Macau government’s Investment and Development Expenditure Plan (PIDDA) is public departments’ ignorance of their own competencies”. And yet, that is what happened after the meeting of the Follow-Up Committee for Public Finance Affairs of the Legislative Assembly.

From the Publisher’s Desk | Macau Business May 2020

Follow-Up Committee President Mak Soi Kun also candidly told reporters that lawmakers “suggested that a public construction work [the respective] department should make a scientific evaluation, and increase dialogue over their own competences, so there are no changes made to on-going projects”. We all live happily in an eternal masquerade ball.

For twenty years, the public square has been calling for greater competence and accountability, and for greater interdepartmental coordination. Finally, our dignified MPs have decided to wake up and realize that government departments should actually know what they’re doing.

Better yet, according to Mr. Mak, “Many public departments don’t know which works need to be presented to the Land, Public Works and Transport Bureau (DSSOPT). Sometimes they discover after notifying DSSOPT that a certain project was not necessary”. It’s still the wild, wild East folks.

These statements are truly illuminating, and they explain why the city has desperately, although fortunately, been anchored to the billions made in gambling revenues so far. But now that these billions are missing, we will see how the government is going to react. Because it is one thing to swim in luxury and be incompetent, but it’s an altogether different thing not to know how to operate and not how much to spend. They do not even know how to pacify the usual diatribes, including the incoming ones because they are close to the newest decision centers.

It is during the Public Policy debate that we are once again reminded of promises which were never fulfilled, the same conversations which have been pulling the wool over the eyes of the people who – let it be said in support of the truth – are also not in the least interested. No wonder it is so easy to govern – as long as they have sops to distribute, tails will soon wag with contentment.

The Secretary for Administration and Justice, Andre Cheong Weng Chon, said at the Legislative Assembly the same thing as his predecessor, who in turn had already said the same thing as the previous ones: there are problems in the coordination of interdepartmental work, and there is an excessive number of public services and an unclear regime of accountability for public office holders. So, defining a public administration reform is a “priority”.

I’ll be amazed if next year he will not reiterate the same topic, after realizing that the task must be dealt with based on scientific studies and coordinated legislative works. Two decades of maturation is clearly not enough…

The tone is then set for the next ten years. We all hope this coronavirus pandemic soon gets resolved, so the money can return to the public coffers, hard work can carry on, and the SAR may continue to prosper without having to change anything at all.

An elephant at the airport

Initially it was a good idea: having a ferry terminal in Taipa serving Cotai, with direct sea connections from Hong Kong, avoiding having to reach the Macau peninsula and making the trip to Cotai, where new hotels and casinos were eagerly awaiting their customers.

This idea – as is the case for most infrastructures here – was soon expanded to create the possibility to cater to the most diverse clientele, without a department to oversee and put an end to public money wasting, without questioning suspicious contracts, deviations from plans, and uncontrolled cost increases. It even served to make moorings available for the giant Jetfoils owned by a local tycoon with longstanding ties to Beijing powers. This idea turned into a soap opera that ended in nothing, without anyone being responsible for all these businesses done under the table.

Also, what had been estimated to cost MOP 583 million (US $72.8 million) ended up being a modest MOP 3.8 billion (US $475 million) a decade later. At least officially, because it took so long for it to start operating that when it did happen, most of the equipment was already obsolete, damaged, and typhoon Hato had even destroyed part of the roof.

The gigantic Pac On Ferry Terminal, occupying a parcel of land as large as 25 football fields, with 16 berths for ferries, three multifunctional berths, a helipad disposing of five aprons, as well as a car park for 1,000 vehicles, and 140 Customs counters installed in anticipation of handling up to 400,000 arrivals and departures per day is of little use, because of a bridge that still has to find a justification to its own existence, but also because of the pandemic now.

It doesn’t matter, says the government, it can now serve as an expansion to the local airport. Which would even be exciting news if the airport was truly international, rather than a regional structure unable to attract long-haul flights, given the fierce competition from other more powerful structures in the region, but also because of the management, let us be frank, along with the government’s clear inability to be audacious enough to risk hiring anyone who knows how to define action plans and strategic development.

The good news is that we will have a well-equipped structure. And, with a little luck, some routes we missed will return. We will have a lot of space to circulate, instead of walking around crowded as if we were in real airports. Years after the end of the coronavirus pandemic, the ‘new’ airport may brag that it continued to maintain social distancing. Forever.

This month, José Carlos Matias replaced me as the Head of
De Ficção – Multimedia Projects, the publishing house for Project Asia Corp., assuming the direction of this magazine and the Macau News Agency, in addition to coordinating our sister magazine Business Intelligence,
in close collaboration with its Editor-in-Chief, Mandy Kuok.

The change of leadership in May, a month that celebrates the anniversary of Macau Business and its entry into the 17th year of publication, is a coincidence.

When the new structure began to be outlined, this global pandemic and the resulting global and local economic fragility was not envisioned in the original plan. But I have every confidence that José Carlos Matias will be able to transform difficulties into new opportunities, in partnership with readers, suppliers, partners, and customers.

Since nobody is irreplaceable, and mainly because the projects need to be renewed, I’m taking the helm of the Charity Association of Macau Business Readers full time, which I hope will bring more actions that help develop and promote the socioeconomic and cultural aspects of this city and its agents. Always in close collaboration with Project Asia Corp. and its group of companies, as well as with other media in the city and in Southeast Asia.

As always, keep an eye on us, and don’t forget to keep in touch.