In 2015, the government created an interdepartmental working group on climate change. Four years later, what has happened since then is a little mystery. “In the future, the rate of sea level rises in Macau will be about 20 per cent higher than the global average.” And “a modest” 0.5 m rise will double the tsunami hazard.

The President of Indonesia has already announced the construction of a new capital; old Jakarta is extremely vulnerable to rising sea levels.

In Thailand, Bangkok is also called the “sinking capital,” and there is also talk of the need to move the center of power to a new location.

In common are the consequences of climate change, which some are still trying to deny but which the inhabitants of these two cities already feel in their skin.

Nearby, in Hong Kong, the largest real estate project in memory (East Lantau Metropolis, worth a proposed HKD1 trillion, housing more than 1 million people across 1,700 hectares) will be built on landfills.

And what is going on in Macau?

In March 2015, the government created an interdepartmental working group on climate change.

The group, led by the Secretary for Transport and Public Works, Raimundo do Rosário, and coordinated by the director of the Meteorological and Geophysical Bureau (SMG), held its first plenary meeting four-and-a-half years ago.

What has happened since then is a little bit of a mystery. “The group is an internal government work meeting and no other information is available,” was the answer from the government to Macau Business.

Eventual meetings have never been reported again. There has been no report or set of recommendations or have Meteorological Services included any climate change information on their website, unlike, for example, the abundant information produced by the Hong Kong Observatory.

Macau Business also contacted Macau Meteorological Services, but we could not get any answers.

As if this were not enough, to the best of our knowledge no researcher from the different local universities has produced any papers on the subject.

“Due to its low-lying elevation and significant coastal development, Macau faces high risks from Sea Level Rises (SLR),” stated four researchers in the paper “Historical Change and Future Scenarios of Sea Llevel Rise in Macau and the Adjacent Waters” (2015).

Wang Lin, Huang Gang, Zhou Wen and Chen Wen, from Chinese and Hong Kong universities, understand that “against a background of climate change, Macau is very exposed to sea level rise because of its low elevation, small size, and ongoing land reclamation.”

But they not only have numbers from the past.

“In the future, the rate of SLR in Macau will be about 20 per cent higher than the global average, as a consequence of a greater local warming tendency and strengthened northward winds,” add the team headed by Wang Lin.

Scenarios even more pessimistic point to an increase in sea level by 2100 that will reach 65–118 cm. “The key source of uncertainty stems from the emissions scenario and climate sensitivity, among which the discrepancies in SLR are small during the first half of the 21st century but begin to diverge thereafter,” they state.

Last month, a new climate change report, by Climate Central, indicates that the Pearl River Delta region, including Macau, Hong Kong and several major Chinese cities inside it, are especially vulnerable to flooding. According to the report, Mainland China is expected to be the country to suffer the largest impact, as by 2050 land that is now home to 93 million people could be lower than the height of the local average annual coastal flood. The Climate Central’s projection map, considering the worst possible scenario by 2050, shows that most of the Macau Peninsula shoreline, Taipa, Cotai and almost the entirety of Henqgin would be under risk of flooding.

As we can see, landfills are not the cause of the problem, although they aggravate the situation or at least make it feel much worse. “Due to its low lying elevation and significant coastal development, Macau faces huge risks from SLR,” still from historical change and future scenarios of sea level rise in Macau and the adjacent waters.

“Generally, the rise of sea level [will] not only have tremendous impact upon Macau but [will] affect any coastal lowland. Nevertheless, compared to other port cities along the coastal margins of China, Macau is most susceptible to SLR-induced hazards. On the one hand, because of limited land areas the landward migration of coastal assets and communities will be much more constrained. On the other hand, Macau has the largest land reclamation programmes in China, which in turn exacerbates the threats from SLR.”

Although the government has never divulged specific information on the subject, we have been learned that the new zones are already being created with a higher quota compared to the old landfills.

Still, it appears that those responsible only really woke up to the issue when confronted with the impact of Typhoon Hato, which raised sea levels to record highs last seen in 1925, prompting Transport and Public Works Secretary Raimundo do Rosário to say: “Let’s review the landfills.”

The problem is not specific to Macau and affects the entire Pearl River Delta coast, as several other studies have warned. The only difference is landfills. “Steady, sustainable reclamation of new land would be advantageous, but excessive reclamation will damage the city’s ecological health and weaken its sustainability. Thus, future reclamation should be carefully assessed from environmental and sustainability perspectives,” we can read in one of the rare scientific works on the subject made in Macau, by Kampeng Lei, from the Faculty of Science and Technology (UMAC), and Zhishi Wang (Macau Science Centre), called “Energy Synthesis and Simulation for Macau” (2006).

“A modest 0.5-m rise will double the tsunami hazard.”

“Generally, the rise of sea level not only has tremendous impact on Macau, but affects any coastal lowland. Nevertheless, compared to other port cities along the coastal margins of China, Macau is most susceptible to SLR-induced hazards,” is the opinion of Wang Lin, Huang Gang, Zhou Wen and Chen Wen.

“On the one hand, because of limited land areas, the landward migration of coastal assets and communities will be much more constrained. On the other hand, Macau has the largest land reclamation programs in China, which in turn exacerbates the threats from SLR. Hence, Macau is most concerned about the potential SLR in future brought by climate change and mitigation strategies to deal with associated detrimental consequences,” we can also read on historical change and future scenarios of sea level rise in Macau and the adjacent waters.

It means: “Despite uncertainties in simulations, models are unanimous in their prediction of substantial SLR at Macau under greenhouse gas (GHG) increases” and “Global warming-related SLR constitutes a substantial threat to Macau, due to its low elevation, small size and on-going land reclamation” (still from the same authors).

As we can see, the forecast for 2060 points to a rise of up to 51 cm. “A modest 0.5-m rise in sea level will double the tsunami hazard in Macau,” state another group of researchers.

“Our results indicate that conservative amounts of SLR of 0.5 m (by 2060) and 1 m (by 2100) would dramatically increase the frequency of tsunami-induced flooding incidences by a factor of 1.2 to 2.4 and 1.5 to 4.7, respectively,” wrote Linlin Li, Adam D. Switzer, Yu Wang, Chung-Han Chan, Qiang Qiu and Robert Weiss.

Researchers concluded that a magnitude of earthquake 8.8 would pose a tsunami risk in current conditions: assuming sea levels rose by 0.5 m, the risk would apply for earthquakes of magnitude 8.3. “As sea levels rise, smaller earthquakes would be able to create a bigger effect,” as we can read at a modest 0.5 m rise in sea level will double the tsunami hazard in Macau.

When asked about the risk to certain areas of Macau, one of the scientists, Adam D. Switzer, picked out the Inner Harbour area as the area at highest risk. “Our work showed that for most part the potential tsunami flooding would be confined to the older parts of Macau. The area of most vulnerability is the densely populated Macau Peninsula, especially the Inner Harbour area in the west.”

No matter how many scientists we talk to or whose research we consult, the differences in point of view are small or even nil.

“Our results suggest that a region’s flood vulnerability is partly related to its level of socioeconomic development. The PRD region, which is less developed than Hong Kong, is more vulnerable to human costs (death and displacement). With a rising sea level, the probability of extreme coastal flood disasters of high magnitude will increase significantly,” we can read in

From their statistical models, Yu Qiwei and his team have concluded that “in the absence of proper protection and adaptation, potential losses can be very high. For example, with a Sea Level Rise (SLR) of 75 cm by 2100 the annual average loss in Hong Kong will lead to more than 20 deaths, 100,000 people displacements. In the PRD region, it will result in more than 200 deaths, 1.5 million people displacements.”

September 19, 2021
Reducing food waste is a Government priority, but 72 per cent of local restaurants still...

Special Report – Environmental awareness: before and after Hato 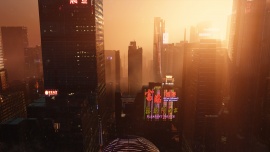 September 19, 2021
Air pollution is one of Macau's most serious environmental problems. But no matter how Macau... 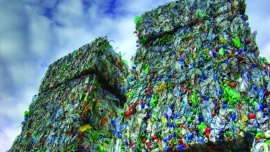 September 18, 2021
Mass tourism translates into too much garbage. It has been a serious problem and prompt...
Load more