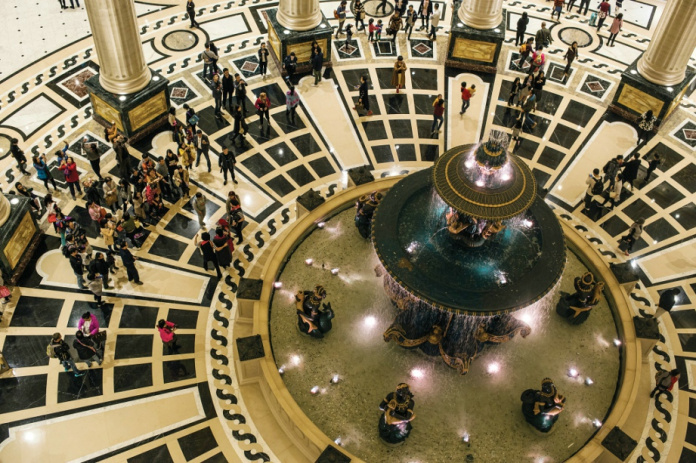 The performing arts can play a part in improving the image tourists have of a particular destination, says a piece of research involving two scholars from Macao Institute for Tourism Studies (IFTM). The staging of such performances can be “an influential attribute” for places that might otherwise lack major attractions for visitors, the researchers stated.

“As such, branded performing arts programmes should be highlighted in tourism marketing efforts where appropriate,” they suggested.

The study was carried out by IFTM scholars Dr Joe Zhou Yong and Dr Soey Lei Sut Ieng, in partnership with Dr Yan Libo from Macau University of Science and Technology. The findings were featured in the academic paper “Linking tourists’ performing arts experience and perceived destination image”. It was published last year in the scholarly journal Tourism Recreation Research.

The work was financially supported by Macau University of Science and Technology Foundation.

The research was based on a survey answered by a sample of 419 tourists. They all had watched a live circus performance at an arena in a leading amusement park resort in the neighbouring mainland city of Zhuhai.

The research team concluded that the staging of performing arts could be an “effective vehicle” to showcase to visitors the “cultural charm and the varied offerings” of a particular destination. For places that lacked “natural or physical attractions” but were “eager to modify or improve” the way they were perceived by tourists, “performing arts could be a good and easy-to-implement option in their strategy toolkit”, the researchers suggested.

A good performing arts experience had “high potential” for “enhancing destination image,” stated the trio of scholars. “This is an interesting finding as previous studies have rarely investigated such relationships.”

‘Beautifier’ for a destination’s image

The research concluded that tourist experience of both core and supplementary services relating to a performing arts product had a “significant impact” on how tourists perceived the value of that offering. This, in turn, affected tourist satisfaction, ultimately influencing how they judged in “cognitive” and “affective” terms the image of the host destination.

The ‘core service’ of a performing arts offering refers to the ‘show’ or ‘act’ experience. The ‘supplementary services’ cover things such as the venue where the performance is delivered, auxiliary amenities, ticketing, and transportation to the venue.

The performing arts should not be limited to serving the needs of local communities, the team of scholars argued. The role played by the staging of such work could be expanded, with the performing arts becoming an “important tourist economy activity” and a “destination image beautifier”.

Providing theatre-based performing arts programmes to tourists was “an effective way” of diversifying the tourist product offering of a destination, said the researchers. The diversification of products and attractions was “helpful for retaining tourists” timewise in a location, useful for “encouraging repeat” visits, and assisted in generating “word-of-mouth recommendation,” they added.

The team of scholars said that performing arts products could “contribute to sustainable tourism development”. Their research focused on performing arts performances delivered in an arena setting, which the authors described as a form of “alternative tourism”. The benefits of this form of consumption by tourists stemmed from the fact live art products enrich tourists’ experience, “prolong their sojourn in the destination”, and have a “relatively lower negative impact on residents,” the researchers stated.

Dr Joe Zhou Yong is an assistant professor at Macao Institute for Tourism Studies (IFTM). He holds a PhD from the Hong Kong Polytechnic University. His research interests centre around destination development, tourism impact and community perception studies, and event and festival tourism.

IFTM lecturer Dr Soey Lei Sut Ieng received a PhD from the Hong Kong Polytechnic University. Her research focuses on the impact of technological innovation on consumer behaviour in the tourism and hospitality industry, with a focus on mobile applications and digital marketing.

Dr Yan Libo is an associate professor at Macau University of Science and Technology. He holds a PhD from the Hong Kong Polytechnic University. His academic research interests include tourist experience, tourist attractions, destination marketing, and destination management. He is on the editorial board of scholarly journal Tourism Review.