Thousands of protesters took to the streets of Belarus on Sunday as they sought to keep the pressure on President Alexander Lukashenko over his contested re-election.

In the capital Minsk, Lukashenko’s critics staged a number of scattered protests across the city, with some groups numbering a few dozen participants and others a few hundred.

The Viasna rights group said more than 30 people were detained in Minsk and other cities.

Police with dogs patrolled the streets as authorities deployed troops and water cannon.

Since Lukashenko’s disputed re-election to a sixth term in August, Belarus has been caught in its most serious political crisis in modern history, with protesters taking to the streets and authorities cracking down on the opposition.

For months tens of thousands of people staged a massive march through Minsk but protesters have over the past few weeks changed their tactics to avoid large-scale detentions by instead turning up for numerous smaller protests across town.

Lukashenko’s opponents claim the polls were rigged and that political novice Svetlana Tikhanovskaya, who ran in place of her jailed husband, was the true winner.

Tikhanovskaya, who is in exile in neighbouring Lithuania, praised all those who kept taking to the streets.

“The whole world sees the protest movement in Belarus,” the 38-year-old said ahead of Sunday’s rallies.

“Every new march does not allow the regime to lie that the protests are over.”

From Sunday Belarus temporarily closed its land borders in a move authorities said was aimed at curbing the spread of the coronavirus but the opposition views as a further clampdown on dissent.

Belarus nationals and foreigners who hold temporary or permanent residency will not be able to leave the country via land border checkpoints starting Sunday. 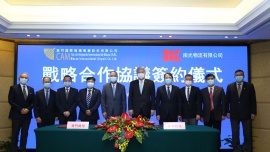 June 23, 2021
More than 150 employees at the Houston Methodist hospital in Texas were fired or resigned...
Load more