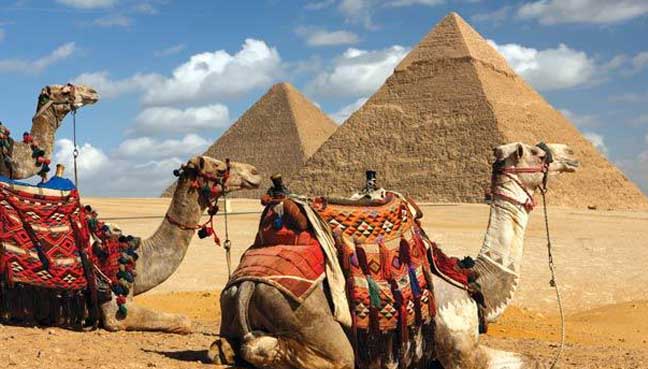 Over the past decade, China has become one of the fastest growing source markets for much of the Middle East region. In 2019 alone, 989,000 Chinese tourists flew toDubai, 510,000 to Egypt, 400,000 to Turkey, and 200,000 to Morocco, according to an annual Arabic survey by the Middle East Consumer Travel Report in 2020. Since the coronavirus outbreak, Chinese arrivals in the Middle East have taken a major hit, falling by as much as 80%.

However, according to the same report, inbound travel to the region from China is expected to bounce back in 2021, mostly in the third quarter of 2021. Here are three reasons why Chinese tourism to the Middle East will be surging soon:

In their attempt to become the next travel destination for Chinese tourists, several Middle Eastern countries have either relaxed their visa requirements or waived them altogether. As of January 2020, the United Arab Emirates became the latest country in the Middle East to implement visa-free travel for one to three months for Chinese citizens, removing the need for a time-consuming and expensive waiting process. More air connectivity is also helping to put the region on the map for Chinese tourists, while incentives by local and national authorities are sealing the deal. Middle Eastern governments are boosting Chinese tourism by increasing the number of flights from China and offering more charter flights from major cities, including Beijing, Shanghai, and Chengdu. For instance, since September 2019, EgyptAir has been operating seven Cairo to Guangzhou flights a week. Also, hotels and airports in Kuwait, Qatar and Dubai are now hiring Mandarin-speaking staff, accepting Chinese bank cards, and offering Chinese television channels in the rooms as well as hot tea to their Chinese guests, according to Al Jazeera Arabic news. In Tunisia a television program and magazine are also launched to properly present the Mediterranean country to Chinese tourists, according to the Gulf News. As many Middle Eastern economies are heavily reliant upon tourism, in the post-Covid-19 era, they will continue to aggressively campaign to bring in more tourists, with a focus on high-spending Chinese tourists.

Chinese tourists, especially millennial tourists, who nowadays make up more than half of the travelers – prefer trips with focus not on shopping, as their parents’ trip was, but on culture and heritage–oriental travel. In addition to the Egyptian Giza Pyramids, Luxor, and other famous heritage sites in Lebanon, Israel and North Africa, lesser-known cultural destinations have wooed Chinese tourists. For the longest time, tourists from China chose the world’s popular shopping capitals as their destinations to snap up luxury goods and designer brands, but their shifting tastes and interests are now in the air. In the post-Covid-19 era, Chinese tourists will be putting more emphasis on immersing themselves in the local culture of the region and foster expectations while traveling. An annual Arabic survey by the Middle East Consumer Travel Report in 2020 indicated that for the first time shopping will no longer be the main motive for Chinese tourists travelling to the Middle East’s top shopping destinations such as Dubai, Qatar, Kuwait, Riyadh and Jeddah. Local culture, heritage, gastronomy, health and eco-tourism are their new flavors. Diverse culture, rich history, modern medical tourism hubs, luscious landscapes and a flair for natural surroundings appear to be a common denominator among the Chinese tourists in this survey report.

3. Solidarity and Cooperation: China and the Middle East – Before & During the COVID-19.

June 16, 2021
France on Wednesday said it was ending the obligation to wear masks outside and would...

June 16, 2021
Any party partnering with US gaming giant Las Vegas Sands (LVS) or its affiliates would...
Load more