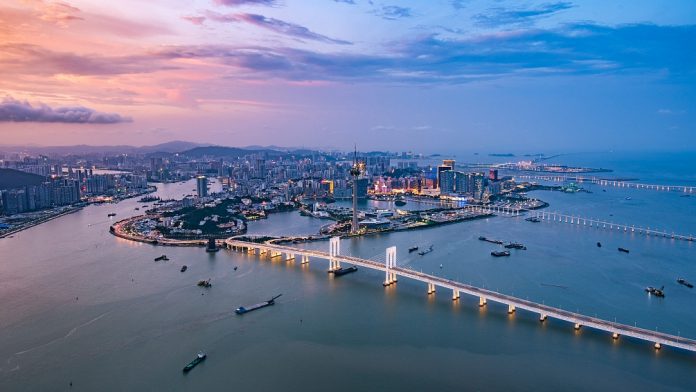 Over 22,000 people have participated in the cross-border wealth connect scheme between Guangdong province, Hong Kong and Macau, with more Macau residents interested in exploring the financial products available across the border than the other way round.

In the wake of the implementation less than half a year ago, the unprecedented Cross-Border Wealth Management Connect (WMC) Scheme in the Guangdong–Hong Kong–Macao Greater Bay Area has attracted keen interests from Macau investors in exploring more renminbi-denominated financial products, and there is still room for the local sector to develop more to attract investors across the border.

The WMC Scheme, which was officially piloted last October, comprises two main components: the so-called Northbound Flow allows eligible residents in Macau and Hong Kong to invest in wealth management products distributed by the GBA banks in the mainland; while the Southbound Flow permits mainland Chinese residents domiciled in the mainland GBA cities to invest in the products offered by the lenders in the two special administrative regions.

According to the Monetary Authority of Macau (AMCM), over 10,900 Macau residents joined the Northbound Flow of the scheme to at least open investment accounts across the border, while nearly 400 residents from the GBA cities in the mainland participated in the Southbound Flow to be involved in Macau as of end-2021, resulting in over 2,500 transactions on both sides. The city’s de facto central bank noted in a statement the WMC Scheme has been “warmly received” in the market.

The Macau Institute of Management President, Samuel Tong Kai Chung, agrees the reception of this scheme has been “pretty good”. As Macau has been committed to develop its financial sector in a bid to diversify its industrial structure and reduce reliance on the gaming industry, the scholar thinks the scheme is also “meaningful” for the local financial institutions. “The scheme could also bring the city closer to the Greater Bay Area in terms of financial development,” he adds.

The scheme, whose idea was first tabled in a work meeting among officials from the three sides in the Greater Bay Area in 2019, aims to further strengthen the financial cooperation and the connectivity of the markets in the region, as well as enhance the usage of the Chinese currency.

Since the start of the scheme, analysts have expected the products offered by the mainland banks via the Northbound Flow would be more sought after because there are limited RMB-denominated products available in the city for residents besides deposits. Lee Koi Ian, boss of a Macau jewellery chain, who is also the president of the Macau Goldsmiths’ Guild, has jumped on the bandwagon for the northbound express. “I’ve been attentive to what types of RMB-denominated financial products are available but there are limited investment channels in Macau,” he says. “So the Cross-Border Wealth Management Connect Scheme has broadened my investment choices concerning RMB-denominated products.”

On the other hand, a mounting challenge has also been expected for the local financial industry to entice mainland investors compared with nearby Hong Kong, which is one of the key financial centres in Asia with a wide array of financial products. According to the overall figures of the scheme advanced by the authorities in Guangdong, more than 22,000 residents from GBA have participated in the WMC Scheme as of end-2021, including 14,000 residents from the two special administrative regions — 70 per cent from Macau and 30 per cent from Hong Kong — in the Northbound Flow and about 8,000 mainland residents in the Southbound Flow. Given just about 400 mainland residents opened accounts in Macau through the Southbound Flow, this means 95 per cent of the 8,000 mainland residents opted for Hong Kong instead of the gambling enclave.

Commenting on the differences so far between the northbound and southbound flows and between Macau and Hong Kong, Mr Tong comments that it takes time for the local lenders to roll out more products. “As the scheme is still in the pilot stage and it targets retail investors rather than institutional investors, all the wealth management products sold on the three sides are typically low-risk products,” the scholar adds.

In the perspective of legislator-cum-banker Ip Sio Kai, the scheme is a chance for local lenders to improve their wealth management capabilities. He believes the industry would actively promote and improve their products and services to grow their WMC business to a size that is suitable for the scale of the local industry.

“[The scheme] provides lenders in Hong Kong and Macau with an enormous client base and more room for development,” Mr Ip, president of the Association of Macau Banks, has remarked, as local lenders face the population of over 86 million in the Greater Bay Area.

Despite a lower number of transactions, the total value of transactions in the Southbound Flow is higher than the Northbound Flow due to the stricter eligibility for southbound investors, requiring them to have at least RMB1 million in net household assets for three consecutive months before joining the scheme, Wang Shaohui, a senior analyst at Bank of China, explained. He told the state-owned China Securities Journal that the investors from the three sides have so far preferred low-risk and stable products, for instance, saving products for the mainland investors. It was expected the investors would opt for a wider array of products should they be more familiar with the process of the WMC Scheme, which could be further expanded in terms of the types of products provided and the caps of capital flow, he added.

Currently, there is a combined quota of RMB150 billion yuan in the WMC Scheme for both the southbound and northbound movements of funds and a cap of RMB1 million for each individual investor. This means the scheme could accommodate at least 150,000 investors from the three sides should each use up the RMB1 million investment quota. “There is, of course, room for the scheme to expand, but it is still in the beginning stage, so I think the priority for the authorities on the three sides now is to focus on the protection of investors,” Mr Tong of the Macau Institute of Management says.