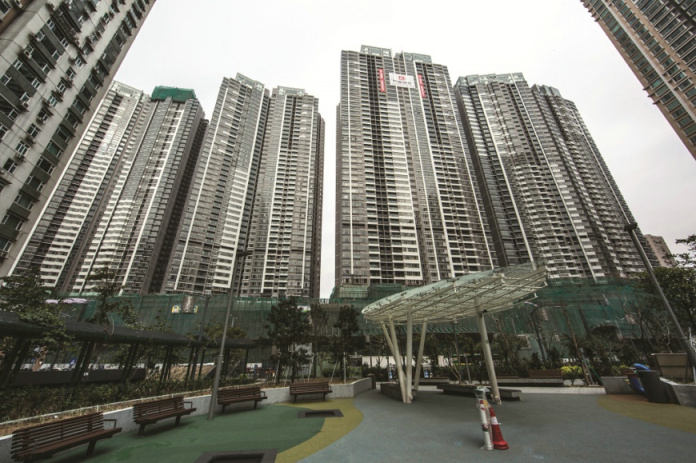 Despite the change in the fundamentals of the local housing market in the past few years, analysts say it’s not the right time to lift the property curbs amid uncertainties about the future

To be or not to be. It’s a question the Macau government has to deal with in regards to a basket of cooling measures for the residential property market that have been in place for more than a decade. With the mounting pressure from the business segment lobbying for the curbs to be dropped, analysts, however, say it might not be wise for the administration to do so now.

As the government is expected to unveil the Policy Address for 2023 in mid-November, stakeholders across the political spectrum have taken the chance to voice their demands. One of the needs among local entrepreneurs and developers is the end of the cooling measures when the transaction volume of flats this year is heading towards the lowest level in more than three decades.

The Macau General Association of Real Estate has recently published an opinion, highlighting the “weak” Macau home property market requires “urgent policy support” from the administration. “Under the principle of ‘dynamic zero-COVID’ for anti-epidemic measures, it’s difficult to see any rebound in the Macau economy [in the near future] that is reliant on the tourism and gaming industries,” the opinion read. “Together with the large-scale interest rate hikes by the United States Federal Reserve, Macau is forced to be in lockstep with [the U.S.]… further enhancing the downward pressure for the property market.”

The latest official figures show the number of home transactions totalled 1,921 in the first eight months of 2022, plunging by over 56 per cent from the same period a year ago, because the local economy has failed to find any momentum for recovery since the start of the COVID-19 pandemic in early 2020. Should there be no change in the pace of home sales in the remainder of the year, the 2022 tally could sink to the yearly level last seen in the 1980’s when just 3,000-4,000 houses were sold a year.

Ip Kin Wa, president of the real estate association, adds, “It was reasonable to roll out property curbs in the past given the robust economic and property market performance, but the momentum has already reversed. These curbs will only hinder the stability of the local economy and financial system now.”

Pointing out that many cities in Mainland China lifted some cooling measures earlier this year to boost the property market, which is one of the main economic engines for the world’s second-largest economy, Mr Ip says the city should follow suit, for example, loosening the mortgage lending ratio.

In a bid to rein in the local red-hot residential property market and speculation, the Macau government has introduced a series of extra stamp duties and taxes since the start of the 2010’s. The measures include: a special stamp duty of up to 20 per cent of the value of properties that are resold within two years of their purchase; a buyer’s stamp duty of 10 per cent of the transaction price for flats bought by companies or non-residents; and an additional stamp duty of as much as 10 per cent for buyers that own more than one house at the time of purchase. Moreover, the residential mortgage lending ratio for buyers has also been tightened, particularly for flats with higher transaction price, except first-time resident buyers.

Samuel Tong Kai Chung, president of the Macau Institute of Management, casts doubts over whether the relaxation of property curbs is a cure-all for the lacklustre home market. “The major reason for the slump in the residential property market is due to the gloomy economic fundamentals, namely, the poor tourism and gaming performance. Will the rollback of the curbs change these fundamentals?” he challenges.

“The stabilisation of the development of the COVID-19 situation citywide, nationwide and worldwide is more important,” he says. “Some of the uncertainties clouding the gaming industry, such as the grant of six gaming licences, will also be cleared next year, paving way for better recovery in the local economy.” The Macau government is now assessing the bids from seven companies—six incumbents and one newcomer—for six 10-year casino gaming concessions that will begin next year, as the current six licences will expire by the end of this year.

The scholar adds the government can carry out studies about the impacts and risks arising from the roll back of property curbs in various phases, but he believes it’s now “not the right time” to scale back the measures.

Regarding the cooling measures, Secretary for Economy and Finance Lei Wai Nong told the Legislative Assembly in August that the authorities would not make any changes at the moment because the current local home price was still beyond the affordability of most local buyers.

Apart from the pandemic and related travel restrictions that hinder the local economy, another downside risk for the local housing market is the prospect of rising interest rates, and thus higher borrowing costs. Most commercial banks in Macau increased their best lending rates for borrowers in September by 12.5 basis points, the first time in four years for them to do so, as the United States has raised interest rates five times by a total of 3 percentage points so far this year.

Given the indirect peg of pataca—the city’s currency—to the US dollar via the Hong Kong dollar, the Monetary Authority of Macau (AMCM) is in lockstep with the Fed, while the Macau banks refrained from doing so until September given the liquidity. And the Fed has signalled that there will likely be two more interest rate hikes this year in November and December, and Macau banks might also hike their best lending rates further.

In the face of these adversities, some in the Macau property industry have warned of the risks of negative equity—when the value of residential property is lower than its home loan—for homebuyers if the local home prices continue to fall, a situation that the government should prevent as it will endanger the local financial system. Figures from AMCM showed the delinquency ratio for residential mortgage loans was about 0.47 per cent by end-August,up by 0.21 percentage points from a year earlier.

Addressing the delinquency ratio for loans and mortgages and negative equity, Ip Sio Kai, chairman of the Macau Association of Banks and legislator, recently commented that the delinquency ratio in Macau was still below 1 per cent and “within a reasonable range” since the start of the pandemic, but he warned that the rising interest rate coupled with the slow economic recovery would translate to heavier burdens for residents in repaying mortgages.

“I hope the economy will fare out better… over the support from the central government,” he added, referring to the expected re-issuance of electronic visas for mainlanders to Macau and the restoration of mainland package tours to Macau in November after a hiatus of nearly three years.

Henry Chun Kwok Lei, an assistant professor in business economics at the University of Macau, acknowledges the risks of negative equity when home prices continue to plunge, but he pinpoints the property control measures in place actually help limit the fluctuations. “The measures shrink the volume of transactions, but at the same time, the pricing level is also subject to less fluctuations with fewer transactions,” he illustrates.

The academic understands the rationales behind both sides concerning whether the curbs should be dropped. “It’s pretty dismal for the property industry at the moment with only a few transactions… but I also understand some people are worried that if the curbs are scrapped it might give a wrong signal to the market that increases the risks of speculation again,” he illustrates.

It’s not wise for the government to introduce any changes at the moment, as there is still no consensus in the society about the property curbs, Professor Lei says. “It’s better for the authorities to stay put now, and observe and take action in the future in consideration of the local economic outlook and the changes in the local interest rates,” he adds. 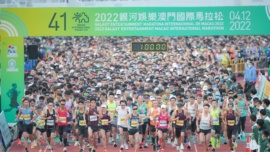