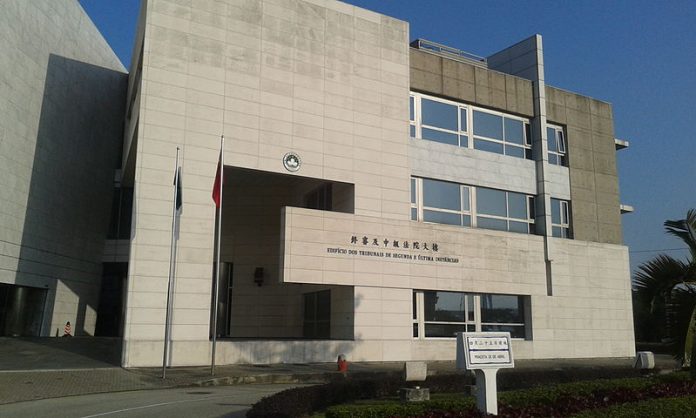 The Court of Final Appeal (TUI) has rejected the arguments put forth by the candidates that were disqualified from the legislative elections in their appeal to the SAR’s top court. The decision was announced this afternoon (July 31), backing the Electoral Affairs Commission’s (CAEAL) view that the excluded candidates participated in anti-China and anti-SAR activities, in violation of the electoral law.
The panel of judges comprising Sam Hou Fai, Song Man Lei and José Dias Azedo refers to Sulu Sou and Chan Lok Kei, from the “Macau New Progress Association”, Paul Chan Wai Chi and Lei Kuok Keong, from the “New Progress Association” list Macau, and Ng Kuok Cheong and Scott Chiang of the Democratic Macau Prosperity Association.
TUI states that all of them participated in “activities in support of ‘June 4’” and/or “Constitutional Charter 08” and/or “Jasmine Revolution”, something that the court considers reason to exclude them from joining the September 12 election.

According to the election law of the Legislative Assembly, candidates who are found to have conducted acts that do not uphold the Basic Law of the Macau SAR or do not pledge allegiance to the Macau SAR are not qualified to run in the election.

With this decision, the TUI supports CAEL’s justification for disqualifying first, and then rejecting the appeals filed by the lists. In their appeal, the candidates accused the electoral commission and the Judiciary Police (PJ) of infringing the law to reach their decision.

The ruling also notes that given that the illegality has been demonstrated, there is no longer “need to assess and analyze the other information provided by CAEAL regarding these candidates and the situation of the other candidates on the three lists”.

Some of the excluded candidates have expressed disagreement with the court ruling.

“While maintaining the most basic respect for the decision we disagree and insist that the two candidates of the list have always upheld the Macau Basic Law and have been loyal to the Macau SAR. History will judge that this decision is wrong and emphasise that the disqualification aims to eliminate the diverse voices of democrats in the Legislative Assembly”, legislator Sulu Sou told TDM.

Another excluded candidate, Scott Chiang, also told TDM that the ruling “is hardly surprising”, considering it a “definite moment in the political landscape of Macau regarding what used to be held as the successful example of One Country Two Systems is now abandoned”.

Meanwhile, the Hong Kong and Macau Affairs Office of the State Council, the Liaison Office of the People’s Central Government and the Macau SAR Government issued statements expressing respect and full support to the court ruling.

The Liaison Office of the Central People’s Government in the Macau SAR underlines that “Patriots administering Macau” is the core of “One Country Two Systems”, while stressing that those who participate in the SAR’s governance structure must love the motherland and love Macau. No anti-China chaos element is allowed to enter the region’s governance structure, the statement adds.

The Hong Kong and Macau Affairs Office of the State Council also highlights the “Patriots administering Macau” principle and the importance of ensuring that no Anti-China forces enter the city’s governance bodies. The Office states the court ruling has a solid legal and factual basis.

Earlier this evening, the Macau SAR Government issued a statement expressing respect and support to the TUI decision.
“The Macau SAR will continue the full and correct implementation of the ‘One country, two systems’ principle, safeguarding, under the law, the right to freedom of expression of Macau residents, as well as the right to information and the right to oversee actions”, according to the release published earlier this evening by the Government Information Bureau.

“The Macau SAR will continue the full and correct implementation of the ‘One Country, Two Systems’ principle, safeguarding, under the law, the right to freedom of expression of Macau residents, as well as the right to information and the right to oversee actions”, according to the release published earlier this evening by the Government Information Bureau.