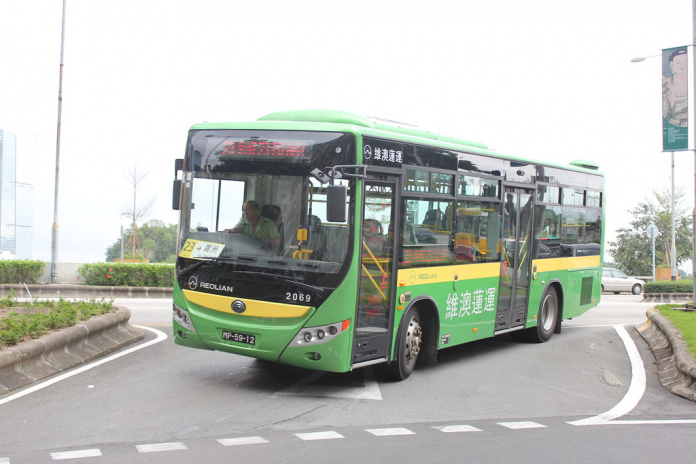 The Court of Final Appeal (TUI) has backed the Macau SAR government against a reimbursement appeal claim filed almost seven years ago by bankrupted bus concessionaire Reolian, claiming it acted in bad faith following an agreement to suspend price adjustments until a service upgrade was carried out.

In 2011 three bus companies – Transmac, TCM and Reolian  –  received a concession for public transport from the Macau SAR in an ‘administration-led’ model that authorities hoped could solve some of the city’s transportation problems.

The year after, the three bus companies proposed an increase in bus service fares, a request later suspended following public criticism. Following a meeting with the three concessionaires, it was agreed the price hike would only be allowed after their services to the public were improved.

Under these conditions in 2013 authorities allowed TCM and Transmac to hike their fees while Reolian’s request was put on hold.

This suspension caused the bus operator to incur some MOP4 million in losses and to later file for bankruptcy, with a new bus company under Chinese state-owned conglomerate Nam Kwong (Group) Company Limited, which also controls TCM, assuming operations in 2014 and renaming the company New Era  Public  Bus Co. Ltd.

According to the court, the bus operator initiated a legal action at the TA against the Macau SAR, the Chief Executive, and the Transport Bureau, asking for the repayment of invoices issued in the period from June 12, 2012 to May 31, 2013, relating to the value of the difference between the global price calculated based on the unit prices initially set out in the ‘Public Passenger Road Transport Service Contract’.

The bus operator also requested the repayment of the global price calculated based on the unit prices defined in a CE order of June 12, 2012 amounting to MOP39 million, and for the right to be paid for its collective road passenger transport services provided under the same CE dispatch.

Local authorities had argued that Reolian did not see its price hike authorised since it still had several sanctioning processes in progress and its services did not fulfil the required quality requirements.

In a previous decision, the TSI had considered that Reolian had not promptly filed an impugnation or complaint against the decisions to suspend and restart the tariff adjustment process in question, with the company taking the case to the appeals court.

Still, it ruled the decision should be re-sen to the TA, noting that the suspension of the execution of the order of the Chief Executive who authorized the adjustment of tariffs was determined by the administration because of the strong negative reaction on the part of the population, which translates into the practice of an administrative act in the true sense in the exercise of public power, not a joint bargaining statement.

However, while backing some of the TSI’s reasoning the top court ultimately considered that Reolian acted in ‘bad faith’ after it ‘ignored’ the agreement to improve the quality of its service to allow for the price hike adjustment.

According to the court on July 26, 2012, a meeting was held with the participation of representatives of the three bus companies, in which they reached an agreement to suspend the update of prices until the conclusion of the review of the tariff adjustment process on the condition of an improvement in the services offered to the public, which was also supported by the legal representative of Reolian.

“However, the defendant then intended to create a ‘blank slate’ and completely disregarded the agreement […] In fact, after Defendant was unable to satisfy the requirements for improving the level of services imposed on it by the MSAR, it proposed action in the TA, demanding that the Government comply with the previously agreed price update,” the court added.

“Under the terms of article 326 of the Civil Code, the holder must obey the principle of good faith in the exercise of a right, in addition, the contracting party is also protected by the principle of trust. However, through extra-negotiation, the Respondent intended to restore its legal position, acting in clear and manifest “abuse of rights”.

As for the legitimacy o the government decision, the top court considered that in the present case there was not a “decision” or a typical “administrative act”, but rather an agreement between the parties on a certain matter.

In this situation, the court then considered that there was “lack of interest in acting” by Reolian and rejected the appeal’s grounds questioning the legitimacy of the decision.

December 8, 2022
It's quite unusual for an offbeat dish to gain popularity on a national level, let...
Load more