2015 may be a ‘tale of two halves’ for the gaming industry in Macau, American bank Morgan Stanley foresees, expecting the industry will continue suffering in the first half of the year before recovering in the second half.
According to its outlook report for 2015 released yesterday, the American bank anticipates that the gross gaming revenue (GGR) of the Special Administrative Region will continue to register year-on-year declines in the first half of 2015, by as much as 18 per cent. Nevertheless, propelled by an increase in supply from the second quarter, Morgan Stanley said that GGR in the second half may rebound by 14 per cent year-on-year.
‘We expect sequential improvement in GGR, driven by a lower base and the opening of Galaxy Macau Phase 2, and Studio City to result in positive industry growth. Wynn and SJM also plan to add 40 and 10 new tables, respectively, in 2015’, it wrote.
In 2014, according to the bank, Macau stocks underperformed the Hang Seng Index by 41%, which Morgan Stanley says was exacerbated by China pushing for non-gaming expansion and their search for money-laundering sources.
Morgan Stanley expects that the increase in supply of hotel rooms and gaming tables following the opening of new casino projects will inject the industry with positive catalysts for both the VIP sectors and mass gaming market.
‘We think that the additional hotel rooms and new amenities will attract more overnight visitors and encourage them to stay longer in Macau… The increased volume of customers could drive mass revenue recovery faster. Although minimum bets and spending per capita are still under pressure we see them stabilising in the near term, along with the decline in premium mass revenue mix’, Morgan Stanley wrote in the report.
In addition, the bank expects the liquidity of junket operators to improve, driven by ‘a more liquid real estate market in China and extension of credit from casinos’.
Regardless, the bank still predicts that the GGR for the whole year of 2015 will still post a year-on-year decrease of 4 per cent, dragged down by the drop in the first half. Sector-wise, Morgan Stanley expects that the revenue from mass market will remain flat while that of VIP sectors will continue to drop by seven per cent year-on-year throughout 2015.
On the other hand, the American bank notes that some structural challenges driving the gaming revenue down in 2014 may remain in 2015, which include the anti-graft campaign of the central government as well as greater scrutiny of VIP agents, which may continue keeping VIP revenue down this year.
In addition, Morgan Stanley expects that the ramping of new casinos could surprise on the downside due to competition and labour shortage.
Meanwhile, Well Fargo senior analyst Cameron McKnight believes that the revenue of the gaming industry will not increase in 2015.
“With revenue trends still decelerating sequentially, it is now unlikely that the overall Macau market will grow in 2015. Additionally, with China further tightening Macau policy with currency regulations, visibility is low. Also, the China macro environment remains soft – high-frequency monthly economic data (credit, PMI, housing, retail sales, exports) suggests that China’s economic growth continues to decelerate”, the analyst wrote.

If the industry is really to experience recovery from the second quarter as Morgan Stanley predicts, before that it may still suffer for the first quarter despite the American Bank anticipating sequential growth.
Morgan Stanley sees that the industry may post sequential growth in the first quarter, compared to the last quarter of 2014, driven by the absence of President Xi’s Jinping’s visit, more prevalent use of smoking in premium mass areas as well as customers getting used to the new smoking ban and transit visa restrictions.
Well Fargo Securities and Union Gaming Research predict that the GGR for the first quarter will be down 20 per cent while CLSA predicted it would be down 29 per cent year-on-year.
Well Fargo’s Cameron McKnight predicts that “given the shift of Chinese New Year from January 31 last year to February 19 in 2015, we expect that Macau revenue declines could ease in January. We estimate -10 per cent and -31 per cent growth in January and February, [respectively] or -22% combined”.
The analyst also claimed that the gaming revenues of January could decline in the high-teens if the recent trends of average daily revenue of 750 million patacas continue. 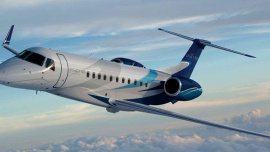 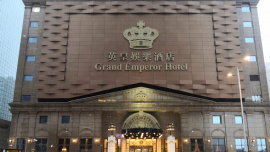 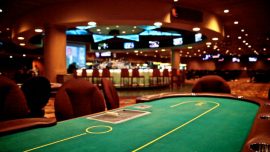 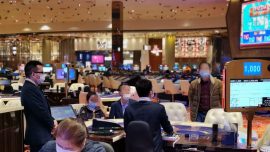