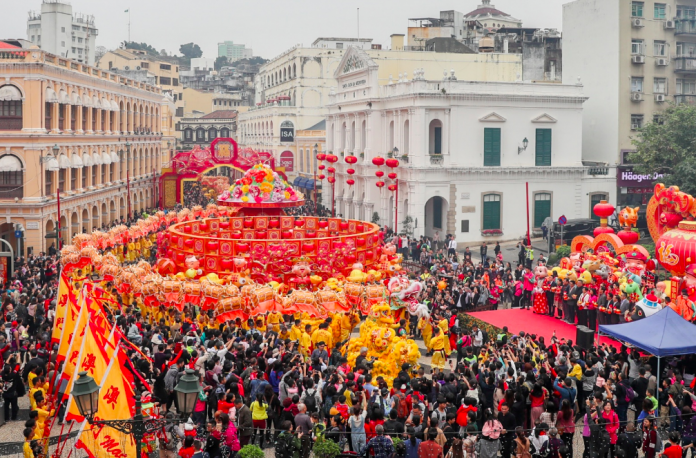 The Macao Government Tourism Office (MGTO) has announced that all activities and events it had planned for the upcoming Chinese New Year period will be cancelled.

The announcement comes after the second confirmed case of coronavirus was reported in Macau today, in a 66-year-old man tourist from Wuhan.

This year’s Chinese New Year Period runs from January 25 to February 8, as the region faces an outbreak of the new virus strain, first reported in the Wuhan city in Hubei Province.

Macau News Agency (MNA) contacted the MGTO to inquire on the full list of cancelled events with the department stating it would provide the list afterward.

In its statement, today tourism services only indicated the Blessing Ceremony of the Celebration of the Year of the Rat Parade scheduled for today at 11:00am had been cancelled, with the parade previously planned for January 27 and February 1.

The MGTO yesterday had indicated that it would still organise a series of activities to celebrate the Lunar New Year, but that since these festive activities would attract large groups of people and also strengthen protection for its frontline staff, it was to adopt preventive measures due to the new coronavirus.

These measures included displaying posters to advise on preventive measures at the event venue and related areas, provide alcohol-based hand sanitizers for the audience, working staff and performers, as well as prepare surgical face masks on site.

Temperature screening to monitor the body temperature of working staff and performers was also to be used, with anyone detected to display suspected symptoms of the infection advised to wear a surgical face mask and seek for medical attention at once.

Aside from the two rounds of Year of the Rat Parade the MGTO had also planned celebratory events with the Municipal Affairs Bureau at the Ruins of St. Paul’s and Senado Square in addition to the golden dragon parade.

Furthermore, temperature screening is set up at the lobby of Ritz Building, which is under the management of MGTO, with working staff and visitors entering MGTO offices will have their body temperature measured.

The MGTO had also arranged meetings with contractors of the Chinese New Year activities and travel trade yesterday to communicate strengthening preventive measures.

MGTO has also offered special assistance to traditional budget hotels and arranged personnel to brief them on preventive measures against the infection at their premises.

The department also indicated that any inquiries can be made to the Center for Disease Control and Prevention at its Hotline at 2870 0800.

Chinese authorities have declared that starting from 10:00am of today, all outbound flights, trains, and public transportation system will be halted in the 11 million city of Wuhan, the epicenter of the pneumonia outbreak that has so far killed at least 17 people – all from the Hubei Province city – with more than 400 cases reported.

January 22, 2022
11 Iraqi soldiers were killed in an overnight attack by the extremist militants of the...

January 22, 2022
The COVID-19 pandemic has shed light on the structural weaknesses of the health systems in...
Load more