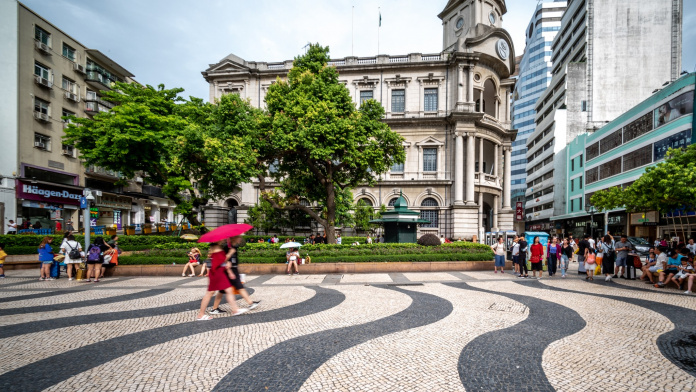 The local tourism industry feels “desperate and hopeless” with the prospects of another dismal summer vacation tourist season after the latest community pandemic outbreak, the Chairman of the Association of Federation of the Industry and Commerce of Macau Tourism, Leng Sai Wai, told MNA today (Monday).

Health authorities have reported this afternoon that the number of confirmed cases linked to the most recent community outbreak in Macau has increased to 36, with most businesses in the city closed or suspended, and tighter border restrictions again hampering movement between the SAR and mainland China, its main source of tourists.

The association chairman indicated to MNA that the recovery of the tourism industry brought by the Dragon Boat Festival earlier this month had kept their hopes high, an exp[ectation quickly dashed by the expected impact of the new Covid-19 cases in the city’s tourism industry and the overall economy.

Brokerages have already estimated that the local casino revenue tally will likely go down to near-zero again in the next weeks, following several months with already low gaming results.

The sector rep also declared that he has “no optimistic expectations for the summer vacation tourist season” since the current pandemic situation has caused most venues in the city to be closed and a sense of fear spreading among the mainland tourists.

“Now entire Macau has been shut down because of this new wave of a pandemic outbreak, the word ‘tourism’ has disappeared in Macau already,” Leng said.

The Macau SAR government has called on all food & beverage businesses to temporarily stop dine-in service due to rising pandemic risks, with most public facilities being closed and a suspension of all educational activities in tertiary education institutions and non-tertiary education schools.

“It is really difficult this time because so many local confirmed cases were reported but we still have not yet found the source of the outbreak, which increases uncertainty,” the association chairman stated, “the situation would be easier to deal with when the source is found, and now we can only wait for the results of the city-wide covid nucleic acid testing.”

“Mainland tourists are now losing confidence in Macau,” Leng stressed, “in the past, we were afraid that mainland people would transmit the virus to us, but now the situation is reversed and they are more afraid of us, because we may pass the virus to them.”

Leng also pointed out that the neighbouring city of Zhuhai is now implementing strict pandemic control measures since the pandemic situation in Macau has brought a high level of uncertainty for Zhuhai as well.

The Zhuhai Center for Disease Control and Prevention announced yesterday that people who have entered Zhuhai from Macau since June 15, including the same day, will have to carry out a 7+7 system divided into 7-day home quarantine and 7-day home health monitoring, with nucleic acid tests having to carry out on the 1st, 3rd, 7th and 14th days.

The border remains open but travellers leaving Macau must present a negative test result issued within 24 hours, while Zhuhai has announced that anyone crossing into Macau needed a negative COVID test within 48 hours prior to crossing the border.

Secretary for economy and Finance Lei Wai Nong announced yesterday (Sunday) that Government will provide 10 billion patacas to companies and residents, to help overcome the impact of the newly found local COVID-19 cases in the community.

Meanwhile, the association chairman emphasized that the three years of repeated pandemic outbreaks have “totally despaired the tourism industry”, adding that the industry “dare not have hope” because “the more expectation we hold, the more disappointment we have.”

“There is no hope for us in the industry. We have already lost so many holiday seasons,” Leng expressed, “now we are disheartened and don’t dare to have hope. I just wish the pandemic can end soon. “

The chairman also said that the tourism industry is “suffering” now because the government-subsidized local tour scheme is also cancelled, making “the only support” to be suspended.

The local tour scheme – “Stay, Dine and See Macau” – has been suspended this week due to the pandemic, with around some 6,000 residents who planned to attend the scheme being affected.

“We can only expect the government to find out the source sooner. We all feel hopeless when the pandemic is not stabilized,” the chairman stressed.