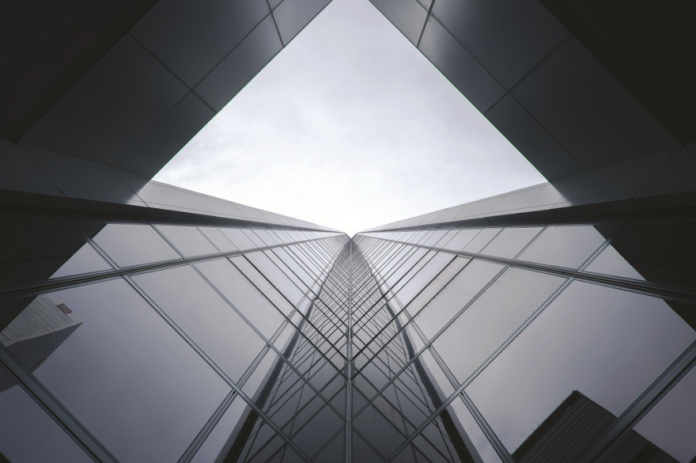 As the home price in Macau undergoes a small downward adjustment, the volume of residential transactions, on the other hand, is heading towards the worst performance in decades over a mix of negative factors

An overhaul in the gaming industry, rising unemployment rate, recent COVID-19 outbreaks in the city and neighbouring regions, a potential hike of interest rate… This basket of negative factors continues to weigh down the Macau residential property market so far this year— the average home price is mostly resilient, but the volume of home transactions tells another story.

Latest figures from the Statistics and Census Service (DSEC) show the local home price averaged MOP96,048 (US$12,006) a square metre in the first quarter of 2022, slipping by 8.4 per cent from the previous quarter and 4.2 per cent from a year earlier. It also marked the first time for the home price to dip below the benchmark of MOP100,000 a square metre since the third quarter of 2017.

“Firstly we see the closure of junket operators and some satellite casinos, then people losing their jobs, and now even a new wave of [Covid-19] cases again in the city. These all will likely dampen the market for some time,” Jane Liu Zee Ka, managing director of Ricacorp (Macau) Properties Limited, says, as the city is embracing its worst community coronavirus outbreak since the pandemic started more than two years ago. With hundreds of cases reported starting from June 18, the government has ordered the suspension of all entertainment, leisure, and sports venues except casinos, prohibited dine-in service in restaurants and eateries, and stepped up border restrictions since late June. “It’s like everything that could go wrong has gone wrong in the past few weeks and months,” Ms Liu says.

An official launch of show houses of the project in Macau was slated for the week of June 20 but has been postponed until further notice due to the community outbreak, people familiar with the situation said. “The sales campaign in Macau has also been suspended in cooperation with the anti-epidemic measures imposed by the government,” the source said. “When the campaign will start depends on when the outbreak can be kept under control and when the social order can be restored.”

This luxury first-hand project was expected to serve as a timely boost to the lacklustre housing market in the first place, particularly in terms of driving up the number of transactions. According to the latest information from DSEC, only 1,168 flats were transacted in the first four months of 2022, plunging by 38.3 per cent from a year earlier and 46.2 per cent from three years ago before the pandemic started. This performance was the worst opening of a year on record since the data about the monthly tally of home transactions was available in 1999.

Without any substantial change in the market fundamentals, the volume of home sales this year might retreat back to a level last seen decades ago. Taking into account the annual figure of home transactions totalling 6,001 in 2021 — the second lowest yearly result since the establishment of Macau SAR in 1999— and assuming the decline for the whole year remains at 38.3 per cent, the annual tally for 2022 might just hit 3,702 flats. The last time the city saw fewer than 5,000 flats sold in an entire year dated back to 1986, the DSEC data shows.

“Even if there is improvement in the remainder of the year, it is expected the number of home transactions will be worse than last year and set a new low record,” says Lily Hong, sales director of Midland Realty (Macau) Ltd. “As the pandemic has lasted for more than two years, domestic demand might be enough to support the home price from plunging, but not so for the volume of transactions.”

The travel restrictions— that the city has only remained largely free of quarantine arrangements with Mainland China since the start of the pandemic— further deter the scarcity of non-local investors from the home market, Ms Hong says. Non-local investors have represented a mere fraction of the residential property market since the authorities rolled out property curbs — including a special stamp duty for home purchases by non-residents — in the 2011-2012 period, but the pandemic has made them even more insignificant. A total of 51 flats in 2021 were purchased by non-local residents, or 0.8 per cent of the total number of transactions, halving from about 100-200 flats, or 1-2 per cent of the total, in the pre-pandemic era, the DSEC data shows.

She added the government’s efforts in constructing public homes in recent years, as well as the turmoil in the gaming segment, also quenched the home sales. “The income among local workers, particularly those in the gaming industry, has declined, and some have lost their jobs. These all don’t help,” she adds. “But, fortunately, we still haven’t seen a lot of homeowners selling their houses at a low price in exchange for liquidity.”

A survey carried out by the Integrated Service Centre of the Macau Gaming Industry Employees Home earlier this year found that 85.1 per cent of former junket staff were still unemployed, in the wake of the closure of most junket operators in the city over the arrests of former junket bosses Alvin Chau Cheok Wa and Levo Chan Weng Lin and heightened oversight from the authorities since the end of last year. The survey also said 45.2 per cent of over 300 former junket employees polled were mulling over selling their properties and other assets for liquidity over financial difficulties.

In light of the gaming woes, the local unemployment rate for residents stood at 4.4 per cent in the March-May period this year, marking the eighth consecutive month for the rate to stay above 4 per cent since October last year, the newest DSEC data said, while the underemployment rate for residents— who work involuntarily fewer than 35 hours a week— was 3.3 per cent in the first quarter of 2022.

Nonetheless, the jobless situation might get worse, say analysts and scholars, as two out of 18 operational satellite casinos, President Casino and Rio Casino, were closed in mid-June over a brisk business climate while the new gaming bill imposing stricter conditions for their operation. Though the other satellite casinos, gaming venues run by third-party investors under a licence of one of the six gaming operators, continue to operate at least until the end of this year, some of them have reduced their headcounts, for instance, Macau Legend Development Ltd, that runs two satellite gaming venues, has acknowledged the redundancy of 16 per cent of its employees.

Given the indirect peg of the local currency — pataca — with the United States dollar via the Hong Kong dollar, lenders in the two Chinese SARs are under pressure to follow suit, albeit with ample liquidity. The Bank of China Macau Branch, the city’s largest lender, said the banking industry in Macau would likely start increasing the interest rate by 0.25 percentage points between the end of the third quarter and the beginning of the fourth quarter, and would adopt a “gradual approach” concerning the subsequent movement. But if the U.S. counterparts take a more aggressive stance, local lenders might take action earlier than expected, the bank said.

Assuming a homebuyer is now enjoying an interest rate of 2.025 per cent for a 25-year property mortgage loan of MOP4 million, they need to settle the repayment of MOP17,534 a month, and the monthly amount will rise to MOP18,042, or about MOP500 more, should the interest rate increase by 0.25 percentage points.

“The impact of the interest rate on the local home market will be limited and short-lived, as this won’t significantly change the monthly mortgage payment of buyers. The underlying factors for the home market prospect remain to be the pandemic situation and the local economic performance,” says Ms Hong of Midland Macau.

Like many, she does not think the home price will suffer from a huge drop despite the negative sentiment — a situation that authorities are also trying to prevent. In a public remark earlier this year, Chief Executive Ho Iat Seng stressed that they hope to “maintain the healthy development of the real estate sector”.

“The current downturn is different from the upset during the global financial crisis in 2008-2009 when both the price and transaction volume free-fell for a few months,” says Ms Liu of Ricacorp Macau. “This time the slump persists longer with no big adjustment in the price.”

“It definitely feels like we’re at the worst period now, and there might be slight improvement in the rest of the year as there are less uncertainties about the gaming industry with the implementation of the new gaming law [in late June],” she continues. “But we don’t have a crystal ball— the recession might not be over and the market has not reached a bottom yet.”