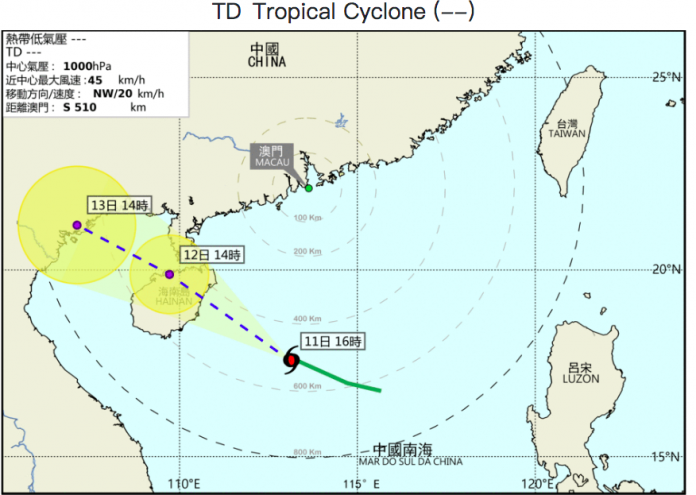 Tropical Cyclone Signal No.1 has been hoisted at 4:30pm by the Meteorological and Geophysical Bureau (SMG), with the present signal possibly replaced by Signal No.3 according to the situation at night.

The signal was raised as a Tropical Cyclone located about 510 km south of Macau moves toward Hainan Island.

‘Under the influence of its circulation, the wind in Macao will increase significantly from tonight to tomorrow, with winds reaching level 6 and with showers occasionally. At the same time, under the combined effects of the astronomical tide and strong winds, the area in the inner harbour may be flooded tomorrow morning.’ the SMG added.

A blue storm surge warning has also been issued, with flooding expected to occur in low-lying areas between 7:00am and noon of June 12. The highest flooding level will be below 0.5m.

June 25, 2021
US lawmakers advanced legislation Thursday aimed at curbing the power of Big Tech firms with...

June 25, 2021
Orders for big-ticket manufactured goods grew in May after contracting the month before, with transportation...