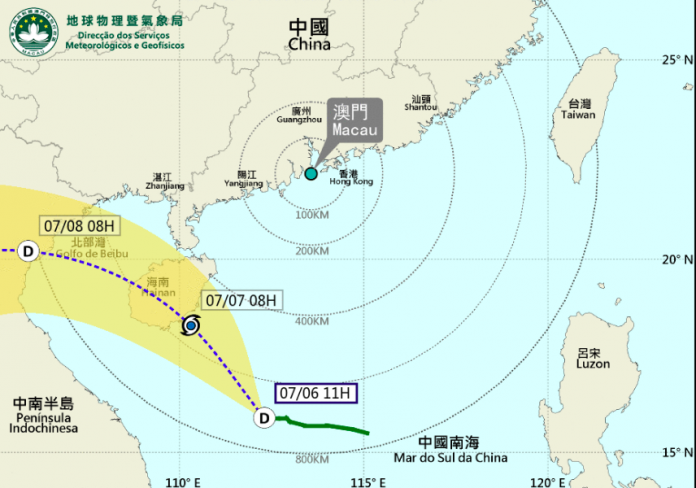 The alert was issued when the center of the storm was less than 800 kilometers south of the territory, moving northwest at a speed of 12 kilometers per hour.

SMG has indicated that signal 1 should remain in effect throughout the day, with the probability of signal 3 being issued relatively low.

The warning scale for tropical storms is formed by signals 1, 3, 8, 9 and 10, which are emitted taking into account the proximity of the storm and the intensity of the winds.

For this year, the SMG had predicted the occurrence of five to eight tropical storms by the end of September.