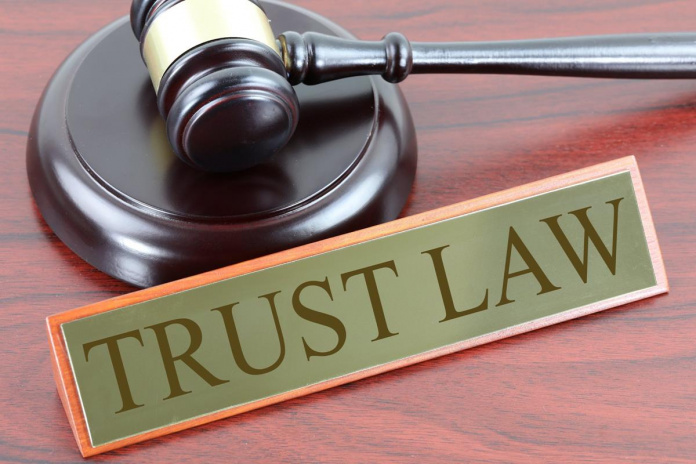 The Trust Law proposal that the Macau Legislative Assembly has recently approved at the first reading requires revision and updates to tackle issues such as inconsistencies with the Civil Code or its potential exclusion of creating the trust for non-commercial purposes, according to some experts.

Their view was advanced in a panel discussion inclduing of lawyers, legal scholars and bankers from the Greater China region on Monday night, in an online seminar organised by the Macau Financial Law Association (MFLA). The webinar, titled “Theory & Practice: Trust”, drew the attendance of over 200 participants.

In view of advocating the development of the local financial industry to reduce the city’s reliance on the gaming industry, the Macau authorities have put forward the bill of Trust Law, which was approved by the legislature at the first reading in late November. The bill — which defines the concept of trust, the purposes of creating the trust, the requirements and obligations of trustees, the protection for beneficiaries and others —  is now at the stage of committee discussion in the legislature before the final reading.

According to legal scholar Bi Jingwei, one of the speakers at the webinar on Monday, the proposed Trust Law says that the trust property is an “independent asset” that is separate from the existing assets of trustors, trustees and beneficiaries. “But Article 54 of the Civil Code also talks about ‘independent asset’ that has different interpretations [from the definition stipulated in the proposed Trust Law],” the assistant professor and programme director at the Faculty of Law of the Macau University of Science and Technology (MUST) illustrated.

He suggested the authorities could omit the term about “independent asset” in the bill to avoid potential contradictions with the Civil Code, simply stating the trust property is independent from the existing assets of trustors, trustees and beneficiaries.

The MUST academic also highlighted other discrepancies in the proposed Trust Law, for instance, Article 15 of the bill mandates only institutions and organisations but not “natural persons” — namely, individuals — could be trustees while Article 27 talks about “trustees of natural persons”.

Given the proposed requirements of trustees and other clauses, Prof Bi said the bill seems to just focus on trusts that are established with commercial purpose — or known as commercial trust — at the moment, leaving out trusts with other purposes like civil trust and charitable trust. “Some clauses [in the bill] do say trust could be created for [other] specific purposes… but could this be interpreted that the bill covers other purposes?” the scholar questions.

In Taiwan, trustees of commercial trusts are usually banks or other financial institutions, which have an established scheme of fees for trustors to pay. In regards to non-commercial trusts like civil trusts and charitable trusts, trustees are usually individuals like lawyers, accountants and other professionals, and whether and how much trustees are paid depend on circumstances.

“It is a problem for the bill [of Trust Law] in Macau to stipulate that only financial institutions could be trustees while individuals could not be,” another speaker Wang Chih Cheng, Dean of Law School and Vice President of Chinese Cultural University in Taiwan, said on Monday. “The bill bears the name of ‘Trust Law’ but it seems to only facilitate the activities of commercial trust… It’s pretty strange.”

The academic, who has been in charge of drafting numerous financial regulations like Trust Law in Taiwan, said the trust regulations could be simple but should set up a framework concerning all purposes. The Trust Law in Taiwan came into force in 1996, followed by the Trust Industry Law in 2000 that particularly governs the financial institutions in carrying out this type of business, as well as other relevant ordinances and regulations throughout the subsequent years, he illustrated.

Talking about the challenges the mainland has encountered since the implementation of the Trust Law in 2001, the lawyer said the mainland lacks a clear trust registration system, making it “difficult” for assets like equities, stocks and real estate to be put in trust. There has also been a lack of relevant taxation regime in the mainland to avoid unnecessary levies on the transfer of assets among trustors, trustees and beneficiaries, said Mr. Yang, who is also the director of the Trust and Wealth Transfer Business Committee at Guangzhou Lawyers Association.

Macau authorities should “look into the successful experiences and challenges faced by other jurisdictions during the implementation of trust regulations and rules” and incorporate these insights into the local rules in accordance with local conditions, he added.

Meanwhile, another speaker Ric Yu, a Macau banker involved in custody service, told the seminar that the local financial industry looks forward to the implementation of the city’s first Trust Law, which could further advance the development of the sector and bring new opportunities for practitioners.

Chan Wa Keong, Chairperson of the Board of Directors of MFLA, remarked in the seminar on Monday the insights provided by the panellists on Monday could be compiled and submitted to the Legislative Assembly for its deliberation and assessment of the bill.

The “Theory & Practice: Trust” webinar was moderated by Calvin Chui, who is the president of the Executive Committee of MFLA and partner at Macau law firm Rato, Ling, Lei & Cortés Lawyers; and Ho Lok Sum, executive director of MFLA.