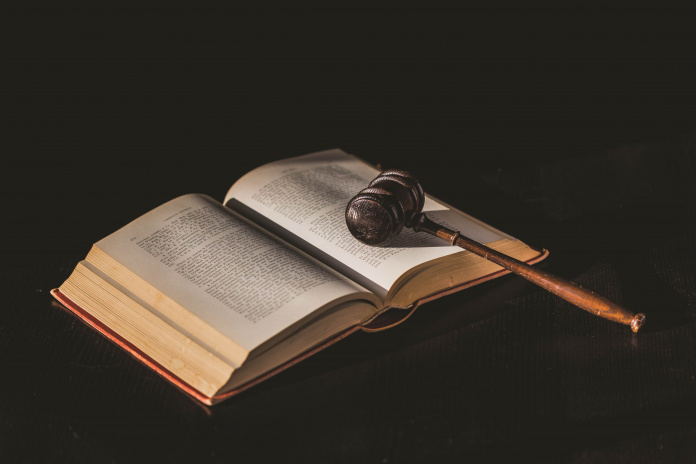 The SAR’s first proposed Trust Law signals a key step in the right direction.  However the draft needs clarifications and improvements for the city to fully unleash the value of trust activities, say observers

As the city is committed to developing its financial sector among other segments to reduce its reliance on the gaming industry, the local authorities are updating its legal infrastructure to better serve the needs of the sector. One of the tools that has recently been rolled out is the draft bill of Trust Law, the city’s first specific set of rules and regulations that govern such activities.

While the proposed law is now undergoing the discussion of the Legislative Assembly, there have been calls for the bill to be further polished, from the nature of trust activities to be covered to the requirements of trustees.

In general terms, trusts could be understood as a legal relationship, in which one party — also known as trustors — gives another party — trustees in this case — the rights to hold assets for them for the benefits of a third party, beneficiaries. Instruments that are used for an array of purposes, trusts offer legal protection for the assets of trustors.

Acknowledging that there is “a blank space” in the city in regards to the rules for trust activities, the Macau government noted in a statement: ‘Given the robust economic development of the Macau SAR, the society has accumulated a certain amount of wealth with a rising demand of wealth management, particularly an increasing demand that asks for a trust regime for the public to transfer their assets in an innovative way, to carry out asset planning and economic activities in a flexible manner.’

‘In a bid to develop modern finance and improve the business environment…, there is a genuine need to establish a practical, flexible and executable legal regime for managing and handling trust relationships,’ the authorities noted. Proposed by the local government last November, the draft Trust Law, comprising 38 articles in eight chapters, defines the concept of trust, the purposes of creating the trust, the requirements and obligations of trustees, the protection for beneficiaries and others.

Legal scholar Bi Jingwei pointed out that there is room for improvement in the proposed bill. The draft Trust Law stipulates that trust property is an “independent asset” that is separate from the existing assets of trustors, trustees and beneficiaries, but Article 54 of the Civil Code talks about “independent asset” in a different approach, the assistant professor and programme director at the Faculty of Law of the Macau University of Science and Technology (MUST) illustrated. To resolve this possible contradictions between the Civil Code and the draft law, Prof. Bi suggested the authorities could omit the clause about “independent asset” in the bill by simply stating trust property is independent from the existing assets of trustors, trustees and beneficiaries.

The draft bill also proposes trustees must be credit institutions; finance service firms; asset management companies; investment fund management firms; insurers; pension fund management companies; or other entities licensed to carry out this type of business. While the bill mandates only institutions and organisations but not “natural persons” — namely, individuals — to be trustees, the MUST academic pointed out Article 27 of the draft law, however, mentioned “trustees of natural persons”.

Concerning the proposed requirements of trustees and other clauses, Prof. Bi added the bill seems to only focus on trusts that are established for commercial purpose — or known as commercial trusts — at the moment, leaving out trusts for other purposes like civil trust and charitable trust. “Some clauses [in the bill] do say trust could be created for [other] specific purposes… but could this be interpreted that the bill covers other purposes?” the scholar questioned.

He made these remarks in an online seminar, titled “Theory & Practice: Trust” and organised by the Macau Financial Law Association (MFLA), in January. The webinar was moderated by Calvin Chui, who is the president of the Executive Committee of MFLA and partner at the Macau law firm Rato, Ling, Lei & Cortés Lawyers; and Ho Lok Sum, Executive Director of MFLA.

“The seminar contributed to the exchange of experiences and helped professionals enhance their knowledge and understanding of distinct trust law systems and created an atmosphere in which the attendees could discuss and learn together”, Mr Chui noted.

Another speaker in the webinar was Wang Chih Cheng, Dean of Law School and Vice President of Chinese Cultural University in Taiwan, who has been in charge of drafting numerous financial laws like trust-related regulations in the jurisdiction. The veteran expert also casted doubts on the draft bill, saying: “It is a problem for the bill in Macau to stipulate that only financial institutions could be trustees while individuals could not be.”

“The bill bears the name of ‘Trust Law’ but it seems to only facilitate commercial activities… It’s pretty strange,” he continued, adding Trust Law could be simple but should set up a framework concerning all purposes of trust activities.

In Taiwan, trustees of commercial trusts are usually banks and other financial institutions, which have an established scheme of fees for trustors to settle. In regards to non-commercial trusts like civil trusts and charitable trusts, trustees are usually individuals such as lawyers, accountants and other professionals, and whether and how much trustees are paid depend on circumstances.

The organiser of this webinar, MFLA, has also actively voiced out its opinions on the bill. Chan Wa Keong, Chairperson of the Board of Directors of the association, has remarked in a written opinion: “The overall content of the bill seems to show that this law regulates general trust activities, but the requirements of trustees listed in Article 15 of the bill seem to show that only commercial trust activities [are covered].”

In consideration of the related rules in the Greater China region — from nearby Hong Kong to Mainland China — as well as other jurisdictions overseas, the lawyer-cum-former-legislator highlighted that no place imposes strict requirements on trustees. “The international practice is that besides professional trust management companies, trustees could also be accountants and lawyers for many rich families… who are professionals and have credentials and abilities to be trustees,” he said in the written opinion.

Pointing out the trust rules of Macau have to be aligned with the established practices in the global community, he suggested the draft bill should allow natural persons like lawyers and accountants to be trustees apart from the seven types of institutions stipulated in the draft bill. “As professionals like accountants and lawyers have certain credentials and capabilities, they should be allowed to conduct these activities after reporting to the regulatory body and being willing to be subject to supervision,” he added.

Secretary for Economy and Finance Lei Wai Nong has explained recently the authorities did not consider trustees could be natural persons at the moment in worries of the risks of money laundering and frauds but did not rule out the possibilities of expanding the scope of trustees to cover natural persons in the future.

The draft bill is now undergoing the sub-committee discussion of the Seconding Standing Committee of the Legislative Assembly after getting approval at the first reading in the plenary meeting of the legislature in November. Chan Chak Mo, who heads the second standing committee, notes his committee has also been concerned why natural persons could not be trustees. Other concerns of the committee include some contradictions in the bill like the types of trusts it covers.

“While the bill talks about trust activities, it refers to all types of trusts in general but it also requires specific identification information of beneficiaries,” the lawmaker says. “Charitable trusts usually don’t have specific beneficiaries though… [So] how could this be covered by the bill,” he notes, adding the legislators will ask the authorities to explain more about the details on the matter.

Another speaker of the MFLA forum in January, Yang Zhenfeng, a lawyer from the mainland who has been involved in trust activities, also emphasised the bill and the city should not just focus on one type of trust. “Commercial trusts are just financial products of wealth management, which don’t fully unleash the value of trusts,” the managing partner of Guangdong Jifang Law Firm said

Talking about the challenges the mainland has encountered since the implementation of the Trust Law in 2001, the lawyer said the mainland lacks a clear trust registration system, making it “difficult” for assets like equities, stocks and real estate to be put in trust. There has also been a lack of relevant taxation regime in the mainland to avoid unnecessary levies on the transfer of assets among trustors, trustees and beneficiaries, said Mr. Yang, who is also the director of the Trust and Wealth Transfer Business Committee at Guangzhou Lawyers Association.

Macau authorities should “look into the successful experiences and challenges faced by other jurisdictions during the implementation of trust regulations and rules” and incorporate these insights in the local rules in accordance with local conditions, he added.

Talking about the opportunities for the city to develop the financial industry like trust activities, Mr Yang pointed out the city has advantages in serving the clients from the mainland, particularly the Guangdong-Hong Kong-Macau Greater Bay Area, given the geographical proximity and rising number of wealthy individuals across the border.

Meanwhile, another speaker Ric Yu, a Macau banker involved in custody service, also told the MFLA seminar that the local financial industry looks forward to the implementation of the city’s first Trust Law, which could further advance the development of the sector and bring new opportunities for practitioners.

To facilitate trust activities in the city, Prof. Wang from Taiwan underscored the proposed Trust Law alone is not enough and a set of related regulations should gradually come in place. For instance, he illustrated the Trust Law in Taiwan came into force in 1996, followed the Trust Industry Law in 2000 that particularly governs the financial institutions in carrying out this type of business, as well as other subsequent ordinances and regulations like the taxation regime for trust activities, he illustrated.

“With comprehensive legal infrastructure, the trust industry could enjoy robust development and cater to different needs [like in Taiwan],” the scholar added.