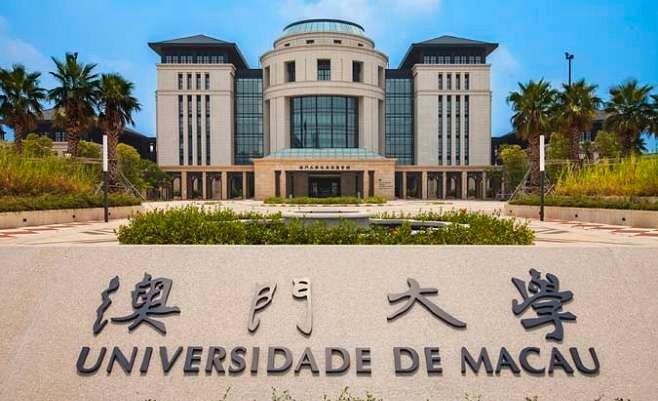 A professor at the University of Macau (UM) has been accused of sexually harassing female students at an on-campus party held by himself last weekend during the partial lockdown period, a UM student-run independent newspaper reported.

According to the involved student who alleged to the student newspaper Orange Post, a male professor at the university had invited several students to have dinner at the staff dormitory last Saturday, and then conducted sexual harassment behaviours against the female students during the dinner party.

The professor who got drunk at the party that lasted until late at night made obscene jokes and inappropriate physical contact with the female students many times during the party, the student claimed.

She also described in detail the unwelcome physical contact conducted by the professor, including hugging, body-touching and even forcibly grabbing a student with the intention of touching her breasts.

According to the messages circulating in some UM students’ WeChat chat groups, the accused academic staff is allegedly a mainland professor in the UM History Department of the Faculty of Arts and Humanities.

In a reply made to the Chinese language newspaper Macao Daily, UM indicated that the university is highly concerned about the incident and has zero tolerance for all illegal acts.

The university added that it will never allow the staff to “violate the SAR government’s pandemic prevention policies”, and has reported to the police about “the large gathering case” during the partial lockdown period, UM stressed in the response to the media inquiry.

Macau SAR authorities have ordered a suspension of all commercial and industrial business activities in the city except those that are considered to be important for maintaining the normal operation of the society from July 11 to July 18, with the period extended for another four days to July 22 as announced by the government yesterday (Sunday).

Regarding the suspected misconduct case involving school staff, UM expressed that they are “inconvenient to make any comment” at this time as the involved students have already reported the case to the police.

Meanwhile, UM emphasized that all university staff must strictly abide by “their duties and the SAR government’s pandemic prevention guidelines”.

Several cases of alleged sexual harassment linked to the UM have been raised in recent years.

Last year, a former UM student, currently studying at the University of Chicago, US, denounced in an open letter to UM having been raped as a student in Macau by a doctoral student from the Faculty of Science and Technology at the institution.

The case was transferred to the Judiciary Police (PJ) but not opened, as the police authorities stated that “according to the law, the person in question of an accusation of rape must go to the police station to personally report the crime”.

The girl has called for the university to issue regulations to prevent sexual harassment in the future and actively commit to enhancing campus gender equality, with no response given by UM on that concern.

On 2018, John Mo Shi Jian, the former head of the University of Macau (UM) Faculty of Law, was accused of rape by a mainland Chinese student enrolled in another local university, and later sentenced to six-year in prison for sexually abusing.

In 2015, then Secretary of Social Affairs and Culture Alexis Tam indicated that he was “shocked” by the number of alleged sexual harassment cases involving academic staff of the University of Macau (UM), and that UM should draft a protocol for handling sexual harassment complaints like other top-ranked universities in the world, Macau Daily Times reported.

The comment was made in regard to the four sexual harassment allegations filed against UM faculty members from 2008 to 2015.