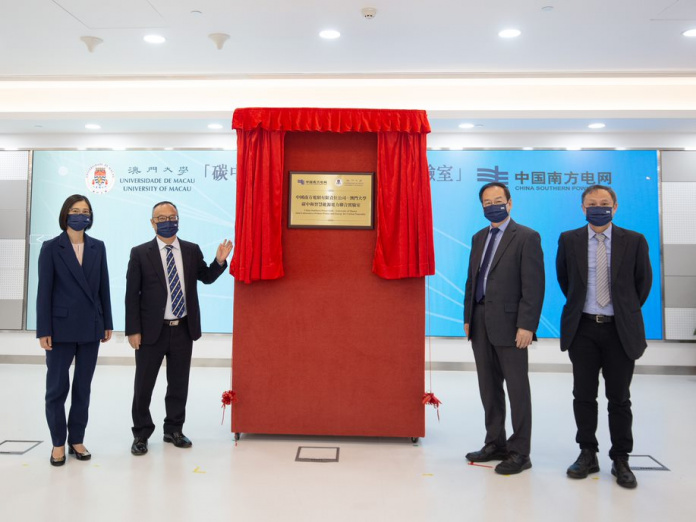 The project – named the China Southern Power Grid – University of Macau Joint Laboratory of Smart Power and Energy for Carbon Neutrality – will aim to carry out scientific and technological research, talent training, and industrial promotion in the field of carbon-neutral smart power and energy systems.

Its purposes include also to realise the deep integration of industry, universities, and research institutes, and promote innovation and development of the power and energy industry in Macau, the Greater Bay Area, and across mainland China.

The agreement was signed between Ge Wei, vice rector of UM, and Li Rui, general manager of the Innovation Management Department of China Southern Power Grid.

In a speech during the event, CSPG’s General Manager, Wang Hongzhi, stated that the power company has a good foundation for collaboration with UM and has been serving the needs of the economic and social development of Hong Kong and Macau.

He also expressed hope that the establishment of this joint laboratory would lead to extensive collaboration in forward-looking basic research, breakthroughs in key technologies, product development, and the transformation of research results among Guangdong, Hong Kong and Macao in the field of energy and power.