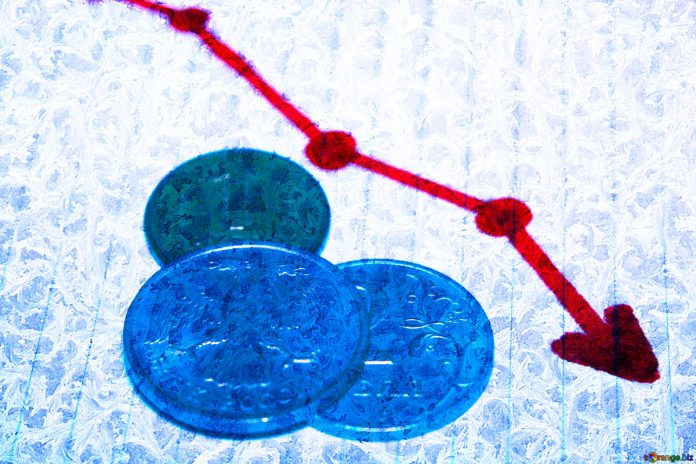 The increase in the Macau base rate in tandem with Hong Kong and US increases will not have an immediate impact on local residents’ livelihoods in the short term but could start causing more economic pressure if it reaches higher levels, financial experts told Macau News Agency.

Last week the US Federal Reserve raised interest rates by half a percentage point to 1.25 per cent – the highest single increase since 2000 – prompting the Hong Kong Monetary Authority and the Monetary Authority of Macao (AMCM) to follow suit.

As the MOP pataca is pegged to the Hong Kong dollar, which is in turn pegged to the USD, the movements of policy rates in Hong Kong and Macau are consistent in order to maintain the effective operation of the linked exchange rate system.

As the world economy reels from Russia’s invasion of Ukraine as well as the ongoing COVID-19 pandemic, the US Federal Reserve has decided to raise interest rates in order to contain inflation levels not seen for 40 years.

This would signal a much faster pace than the previous cycle, when the Fed rate rose 2.25 percentage points in the four years from 2015 to 2018.

According to Dr. Samuel Tong, President of the Macau Institute of Management, Macau and the US are currently facing an opposite business cycle but under the linked-exchange rate system, the AMCM – the de facto central bank of Macau – “needs to raise the base rate of the discount window passively”.

The discount rate is the interest rate charged to commercial banks and other depository institutions on loans they receive from their regional financial reserve lending facility, the discount window, with the question now being if commercial banks will follow suit and adjust their prime rate.

The prime rate is often used as a reference rate, for many types of loans, including loans to small businesses and credit card loans.

“When will the market interest rate need to follow the raises? It depends on the cost of the capital of the different commercial banks. At that time, the cost of loans will increase and reflect on the borrower,” Dr. Tong pointed out to MNA.

“We need to be aware that we are facing a trend of growing up the interest rate, and it will put pressure on our economic activities”.

Hong Kong’s Financial Secretary Paul Chan Mo-po warned last week that “the impact of the interest rate hike on the capital market, credit quality, local consumption and investment activities and economic sentiment” as well as the “burden imposed on members of the public and small and medium-sized enterprises, are areas to watch over”.

Hong Kong’s CPI in March reached a low 1.7 per cent, but the local unemployment rate for January to March has hit 5 per cent.

Amid repeated outbreaks in Mainland China, monthly gross gaming revenues reported in the Macau SAR have continued to decrease this year, with April reporting a total of MOP2.6 billion (US$331.2 million), a 68 per cent year-on-year plunge and the lowest monthly tally reported since August, 2020.

In total gaming results between January and April, this year fell by 36 per cent year-on-year to MOP20.4 billion.

The International Monetary Fund (IMF) has maintained its Macau SAR’s gross domestic product (GDP) 15.5 per cent growth projection for 2022 driven by the gradual return of foreign tourists and the recovery of domestic demand.

However, given the depth of the economic losses during the pandemic, the level of GDP is expected to only surpass its pre‑crisis level in 2025.

In recent comments to TDM Radio, the Chairman of the Macao Association of Banks noted that funds in Hong Kong and Macau were still “abundant”, noting that more than half of Macau’s local loans depend on the prime interest rate, which has not been affected by the interest rate hikes this time.

Despite the unfavourable macroeconomic conditions, the Macau SAR public financial reserve registered a 2.3 per cent growth rate in 2021, ending the year with a total of MOP643.1 billion, after a “prudent and stable investment strategy” by the monetary authority resulted in a MOP14.7 billion return on investment.

However, due to the expectation that the US Federal Reserve will continue to raise interest rates, the chances that the prime interest rates will also be increased are “still high”, Ip added, with the adjustment depending on the “magnitude and frequency of US interest rate hikes, and whether Hong Kong and Macau have sufficient funds”.

Some supporting measures launched by the AMCM and local banks last year allowing local SMEs and residents to suspend or reduce interest loan repayments have been extended by local banks to the end of 2022, so as to ease the economic pressure faced by local SMEs under the pandemic.

Ip underlined that whether the same SME loan benefits will be extended beyond that will depend on the economic situation and if the respective bank deems it “necessary”.

Domestic loans to the private sector jumped by 3.3 per cent year-on-year to MOP558.2 billion as of March of this year, with the “transport, warehouse and communications” and “restaurants, hotels and similar” sectors seeing the highest increase.

As of February, 2022 new approvals of residential mortgage loans (RMLs) in the Macau SAR had dropped by 4 per cent to MOP2 billion, with commercial real estate loans (CRELs) going up by 510 per cent year-on-year to MOP10 billion.

The delinquency ratio for RMLs and CRELs stood at 0.31 and 0.59 per cent, respectively.

For the legislator the number of non-performing loans of small and medium-sized enterprises is still “relatively low”, but if the economy continues to fail to recover, problems may eventually arise.

According to Professor Toro Tao Chen, a University of Macau Assistant Professor in Business Economics, these higher borrowing costs will not have an immediate impact on the livelihood of local residents, but if the base rate was to reach 2 or 3 per cent, it could impact the cost for property buyers.

Presale transactions totalled 467, accounting for only 7.8 per cent of the total residential sales volume, lower than the average levels recorded in the past.

At the same time, real estate agency JLL Macau warned in its usual annual report, that the Macau SAR property market is likely to remain “gloomy” in the near term, with the total number and value of transactions reaching record lows since the 2008-2010 subprime mortgage lending crisis.

“Property buyers will get a direct impact by the higher borrowing costs but other ordinary citizens I don’t think will experience any concrete impact in the short run. According to market estimates by the end of this year, the interest rate in the US could reach about 2 per cent or 2.5 per cent. I don’t think it’s so high, it’s acceptable,” Professor Chen said to MNA.

“However, if we are talking about 3 to 4 per cent, then it will start to take a toll. People got used to a low-interest environment and when there’s a structural change it will take some time to change people’s behaviours and market sentiments”. 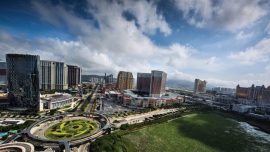