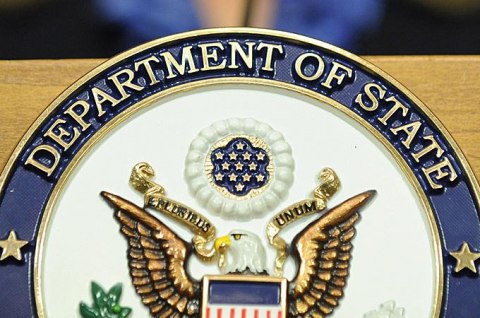 In its 2020 world human trafficking report, the US State Department claims that the Macau SAR does not fully meet the minimum standards for the elimination of trafficking and that local authorities did not demonstrate overall increasing efforts compared to the previous reporting period.

Therefore and despite considering local authorities have been ‘making significant efforts’ eliminate human trafficking, US authorities downgraded the Macau SAR from Tier 2 to its Tier 2 Watch List.

The Tier 2 Watch List includes governments that do not fully meet the US Victims of Trafficking and Violence Protection Act minimum standards but are making significant efforts to bring themselves into compliance with those standards.

According to the US report, local government efforts included training numerous police, customs, and social welfare officials; convicting three sex traffickers; funding a campaign to raise awareness through advertisements on public transportation, and continuing to fund services available to victims.

‘As reported over the past five years, human traffickers exploit foreign victims in Macau. Sex trafficking victims originate primarily from mainland China, Russia, and Southeast Asia. Traffickers recruit victims utilizing false advertisements for jobs
such as singing and modelling, or work in casinos,’ the report claims.

‘Victims are compelled into commercial sex in massage parlors, illegal brothels, nightclubs, entertainment establishments in casinos, hotels, and private homes where they are closely monitored, threatened with violence, forced to work long hours, and sometimes have their identity documents confiscated’.

US authorities also alleged that local authorities had only investigated one potential case, did not provide assistance to any victims and did not initiate any prosecutions or sentence convicted traffickers to significant terms of imprisonment.

‘Judges reportedly believed a victims’ initial consent was sufficient evidence to prove a trafficking crime did not occur, which led to trafficking cases being pursued under other crimes. The government reported that victims were often unwilling to participate as witnesses in cases against their traffickers, which also affected the success of trafficking prosecutions,’ the report adds.

The US State Department report noted that the Macau government allocated approximately MOP1.72 million for victim protection services, including allocations to NGOs for service provision at shelters.

‘In addition, the Macau government reserved a budget of MOP39,600 under an agreement with an international organization for repatriation assistance, but it did not assist any victims through the agreement during the reporting period,’ the report noted.

It also stated that while in previous reporting periods, officials referred child victims to a government-funded NGO that offered shelter, counseling, and economic and medical assistance, authorities did not refer any victims to the shelter during the last reporting period.

In its recommendations for local authorities, the US State Department suggested a significant increase in proactive victim identification, especially among vulnerable populations such as migrant workers and in efforts to investigate, prosecute, and convict sex and labour traffickers, including those operating in casinos and other entertainment establishments.

The report and downgrading of the Macau SAR have already led to the official rebuttal by local authorities, with the Office of the Secretary for Security stating that ‘once again [the report] did not accurately reflect the real situation in Macau, showing itself full of biased interpretations, an uncompromising conclusion and unfounded assumptions, as well as revealing a total lack of knowledge about Macau’s legal regime’.

‘Over the years, the Macau SAR Government, through the Commission for the Monitoring of Measures to Determine Human Trafficking […] have actively coordinated government services and different sectors of society in jointly carrying out work to prevent illegal activities related to trafficking in persons and acting within the scope of victim protection, monitoring and evaluating, continuously, the development of all its work,’ the Office of the Secretary for Security noted.

‘At the same time, law enforcement work has been carried out effectively under the supervision of judicial bodies. The evolution of the volume of cases in Macau shows a constant decrease, representing a low percentage or an almost zero which demonstrates the positive effect of the referred works’

May 24, 2022
Tedros Adhanom Ghebreyesus, who is all but guaranteed to secure a second term as WHO...

May 24, 2022
Son Heung-min has been congratulated by South Korean President Yoon Suk-yeol for winning the Premier...

May 24, 2022
Ukrainian forces are battering Russian positions with newly-provided Western artillery systems, according to a Ukrainian...
Load more