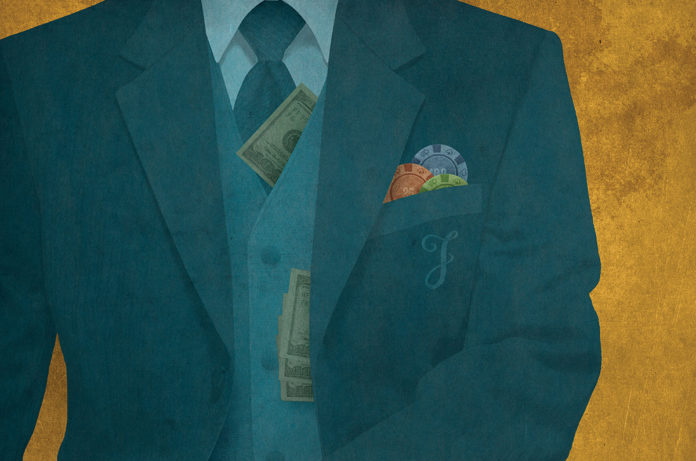 Macau is in a better position than its main rival, Las Vegas, to overcome the crisis in the gambling sector caused by the Covid-19 pandemic, because it has substantial financial reserves and can count on clients who lay large bets – the so-called ‘VIP gamblers’ – according to a sector analyst.

“Las Vegas gambling companies usually earn less than 40 per cent of their revenues through gambling,” said David Green, the founder of Macau Newpage Consulting, a specialist on regulations in the sector, in comments to Lusa on Thursday.

In Macau, he noted, gambling accounts for around 90 per cent of revenues of concession holders.

In contrast, in Las Vegas, it will be “the closure or restriction of shows, entertainment, restaurants and bars and commerce that will cause more suffering,” Green said. “They are two different markets.”

Macau, which is highly dependent on gambling and tourism from mainland China, can nevertheless in the short term mitigate losses by recourse to “few, but good gamblers,” Green argued. The executive director of MGM China, a leading local concessionaire, made a similar point recently when he said that it expected to see VIP betting pick up soonest.

“When it stabilises, the masses [segment] may return,” said Grant Bowie, CEO of MGM China, at the end of April, stressing that for now the focus will be on a “particular group of customers” – that is, VIPs – at a time when cross-border travel is still very limited.

According to Green, Macau has yet another great advantage: “it has huge financial reserves created from years of surplus government budgets.”

On the other hand, the problem for gambling-dependent states in the US such as Nevada, New Jersey and Pennsylvania is that they “cannot afford to see casino operations damaged or shut down for too long, otherwise they will suffer long-term fiscal consequences.”

Macau has already reopened its casino resorts after more than two weeks of closure, but with a number of health measures in place: stepped-up cleaning and disinfection operations, greater distance between gaming tables to limit the risk of contagion, and obligations on everyone to allow their temperature to be measured and also to submit a health declaration.

In addition, people are only allowed to place bets when seated and crowds are not allowed, with a minimum distance between players imposed. Aside from these rules at traditional gaming tables, some electronic machines have been disabled to ensure a safe distance between gamblers.

Las Vegas, on the other hand, is only now getting ready to reopen its operations; as a result “Macau can suggest good practices”, said Green.

However, the world’s two leading gambling centres are very different culturally, and according to Green there are measures that would not be accepted by Americans and especially Republicans.

“Culturally, some measures adopted in Macau may not reach the US, such as mandatory temperature checks,” he said. There is almost a culture war being waged between progressives [Democrats], who have a greater collective sense of responsibility, and conservatives [Republicans], who put individual rights first.”

That, he explained, is why Republican-run states such as like Georgia and Texas have taken a completely different approach to those taken by New York and California.

Macau has not had any new cases of infection by the new coronavirus for 28 days now, and on Thursday another patient was discharge from hospital. Of the 45 cases registered in the region since the start of the pandemic, 40 are now deemed to have recovered.

Worldwide the Covid-19 pandemic has already caused more than 260,000 deaths and has infected around 3.7 million people in 195 countries and territories. More than 1.1 million patients have been considered cured.

January 19, 2022
The United States is worried that the arrival of Russian troops in Belarus for exercises...

January 19, 2022
Several employees in Denmark have been fired or sent home without pay due to a...

January 19, 2022
AT&T and Verizon agreed Tuesday to a partial delay in activating their 5G networks following...