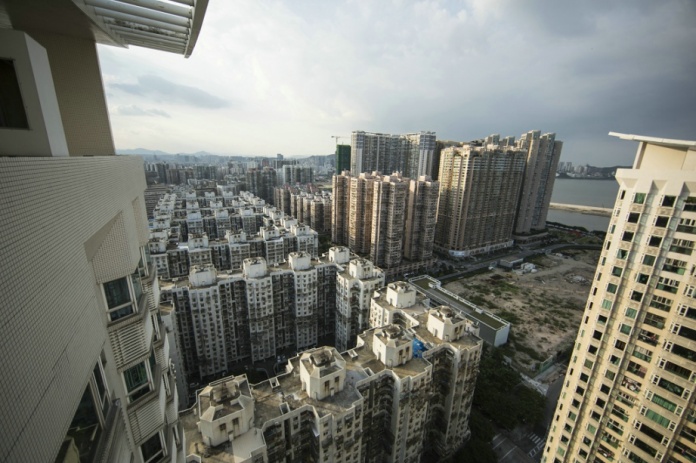 More than a decade since the latest round, there are still no signs when land auctions could be restarted in the city. Realtors, developers and bankers call for a new round of public tenders for some of the government-held idle parcels to enhance private housing supply. However, that could come with unwelcome price hikes.

As the Covid-19 pandemic has persistently lingered, the Macau administration digs deep in its bag of tricks, not only to revive the city’s once prosperous tourism and gaming scene but also to expand its sources of revenue beside the casino glitz. While it might take time to nurture ‘featured finance’, event and convention, and other emerging industries to produce considerable income, granting new land concessions through public tender could help address the gap swiftly — but this practice, which hasn’t been initiated for over a decade, might prove to be a double-edged sword.

In a recent public seminar, legislator and banker Ip Sio Kai has highlighted the authorities have sat on a large number of land parcels in recent years after regaining numerous idle or illegally occupied plots. Some of these parcels could be granted to private entities through public tender in a bid to “ensure the balance between the supply of public housing and private housing” and facilitate the “healthy development” of industries like the finance sector, said Mr. Ip, who is also the president of the Macau Association of Banks.

He added a special fund could also be set up for the land premium revenue, which could be used to “support the economic diversification of Macau”.

According to the Land, Public Works and Transport Bureau (DSSOPT), the authorities have recovered at least 158 land plots in a total size of nearly 1.32 million square metres, including 75 parcels since 2009 that have been illegally occupied by third parties and 83 plots — whose land concessions have been declared invalid due to the incompletion of development at the lapse of 25-year concessions — since the implementation of the new Land Law in 2014. Among these, the authorities have still not determined the usage of about 90 parcels, translating to over 766,710 square metres in size that could boast tens of thousands of residential units.

With these resources at hand, in addition to the 7.3-square-kilometre Macau New Urban Zone that is in the pipeline through land reclamation, the government has been in particular pressed by developers and realtors to relaunch the land auction. Ung Choi Kun, chairperson of the Association of Property Agents and Realty Developers of Macau, has noted most of the land plots reverted back to the authorities in recent years have just been used for public housing. “The government has not been proactive in advocating the land sales, resulting in the scarcity of completed private housing projects or projects under construction [in recent times],” he says.

“The lack of private housing supply is not beneficial to the overall development of the local community,” he continues. “The government should mull all-round use of land resources… to satiate the housing needs of residents.”

Provided the annual growth of the size of the local population at about 13,000 in recent years and every three of them living together, the city requires 4,000-5,000 new residential units — including both public and private homes — each year, but the number of private homes completed in the 2011-2020 period, according to the official data, only totalled 25,831, or 2,583 units a year. This means the rest of the demand has to be tackled by public housing — albeit the government’s commitment in developing both public housing for sale and rent in recent years, the latest government-commissioned research on public housing demand shows that there would also be a shortage in the public housing supply in the short-to-mid run until 2026.

Pinpointing one of the reasons for the soaring home price in the territory was the supply shortage, Mr Ung adds there were hopes that the land auction would be relaunched soon but these all have become empty talks. The administration had once pledged a few land plots would be up for public tender in 2017, nine years since the last land sale. Following the handover in 1999, there were only three land parcels awarded to the private sector through auction, one in 2004 and two plots in early 2008; others were directly granted to companies and organisations in the past two decades and more, including those featuring mega resorts now.

But there has not been any progress when a new round will be available since the pledge, except a new by-law for the mechanism of land concessions via public tender in 2019. The by-law categories two types of tender: the simple tender, in which the concession will be awarded to the bidder with the highest-priced proposal, and the tender with development proposals, in which the authorities do not only evaluate the prices proposed by the bidders but also their development plans for the plot in accordance with the tender requirements. An opening tender committee and a bid assessment committee, both to be composed by officials from public entities and government departments, will also be established each time to be in charge and oversee the tender process, according to the regulations.

“It is understandable the authorities have prioritised the development of public housing [over private housing]… but they ultimately have to restart the land sale again to enhance the supply in the market,” says Chong Siu Kin, president of the Real Estate Association of Macau.

Acknowledging the 2014 Land Law clearly stipulates all land concessions must be awarded via tender except when public interests are involved, Mr. Chong notes: “The government should be courageous to put out land parcels for sale gradually… [as] there will be a disruption to the private housing supply in the next two to three years.”

Given the lack of supply and other reasons like the stable pandemic situation here, the local property market has slowly crawled back to the pre-pandemic level amid the fluctuations of the pandemic beyond the city. Latest data from the Financial Services Bureau show the home price averaged MOP103,545 (US$12,943.1) a square metre in the second quarter of 2021, up by 6.2 per cent from the previous quarter and down just 2.6 per cent from the fourth quarter of 2019 before the coronavirus outbreak.

In light of the calls for bolstering the private housing supply via the relaunch of land tender, Macau Chief Executive Ho Iat Seng has once noted he was worried the land auction would further spike the home price based on the experiences in nearby regions. In a Legislative Assembly session in April, the official noted some land plots could only be available for sale once the city’s urban master plan and detailed urban plans have been formulated. The urban master plan is regarded as a blueprint and guideline for the land and space usage in the city, and serves as a binding reference for the formulation of detailed urban plans of respective districts.

Expecting the urban master plan might be finalised and approved this year, seven years after the implementation of the city’s first Urban Planning Law, Mr Ho did not provide an exact timeline when the land auction could restart.

Legislator-cum-academic Joey Lao Chi Ngai agrees it makes sense for the government to put on hold any land sale in view of the pandemic and soaring home price. “Though there are still economic uncertainties, the ample liquidity in the global financial system owing to quantitative easing measures by the central banks around the world could keep the land premiums at a high price,” he explains. “If the land premium is high, the home price [of the project] will not be low.”

Concurring the new private housing supply in the future will be affected by the lack of land auctions in the past decade and more, Mr. Lao emphasises this does not mean the supply is scarce at the moment to cater the needs of residents. “The main problem is the home price is beyond the affordable level of residents, resulting in the vacancy of some units in new projects now,” he adds.

To prevent or minimise the stimuli in home price caused by the land sale, observers have suggested some criteria and restrictions could be in place during the tender process. ‘The Macau government actually has more room and flexibility in coming up with the criteria and requirements for land sale, as it will not be reliant on land premiums given the fact that gaming revenue accounts for a whopping share of the government income,’ property consultancy Savills (Macau) Ltd noted in a recent research report, as the revenue from gaming tax usually takes up at least about 70-80 per cent of the government’s annual revenue.

In the perspective of lawmaker Ella Lei Cheng I, the key is back to the basics — the better management and planning of land resources. “With adequate land resources, the authorities should come up with a plan, outlining how the resources could be utilised for the supply of different types of housing from private homes to public houses to ‘sandwich class’ housing and housing for elderly,” she adds.