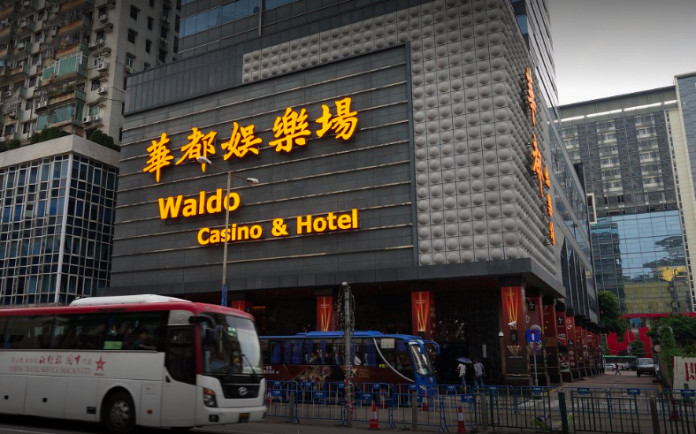 The company responsible for the property where the Waldo casino is located is still negotiating with Galaxy Entertainment Group the terms for a possible contract renewal but the chances of an agreement being reached are “small”, an industry insider indicated to Allin Media.

Galaxy Entertainment Group (GEG) has announced the closure of two of its satellite casinos, Rio Casino and President Casino yesterday, with staff working in these two casinos to be transferred to other casinos under the concessionaire with “all terms of employment remaining the same”.

While the Rio and President casinos have suspended operations since June 15, TDM Radio reported that Waldo has already submitted a request to do the same by the end of the month.

These three casinos employ around 600 employees, most of them employed at the Rio and Waldo casinos.

Galaxy City Club’s adjusted property EBITDA has fallen by 20 per cent year-on-year and 68 per cent quarter-to-quarter to MOP8 million in the first quarter of this year, the latest financial report by GEG reveals.

Allin Media states that the House Edge in Rio Casino and Waldo Casino was MOP 12 million and MOP 7.5 million, respectively in May, while the house edge of President Casino was only MOP1.3 million.

Rio Entertainment Ltd, the company responsible for the Rio Hotel has published an advertisement today (Friday) in which it states that gaming operator Galaxy Entertainment Group never attempted to negotiate a possible renewal of the cooperation agreement that could allow its casino to continue operating.

In a half-page ad published in the Chinese-language newspaper Macau Daily, Rio Entertainment Ltd claims to have received a notice from Rio Casino months ago that GEG had terminated operations and proposed to close it on June 15 before the concessionaire license expiration deadline on June 26, 2022.

As reported by Allin Media earlier this month, Galaxy allegedly expressed its willingness to continue the exploration of gaming activities in Rio and Waldo under the model of leasing establishments, however, the proposed rent was said to be too high, which prompted Galaxy to not accept the renewal.

“During the process, the concessionaire never negotiated with our company to approve the renewal of the cooperation, and never proposed to the company to lease the space to continue operations, so rumours suggesting the landlord’s rent demand was too high are fake,” Rio Entertainment says in the add.

Rio Hotel was also said to have proposed 21 different job employment types within the hotel with monthly salaries ranging from MOP8,000 (US$989.5) to MOP15,000 for the former casino workers to select, with positions including front desk officers, Chinese restaurant managers, clerks, mechanics and security guards.

Director of the Macau Gaming Enterprises Staff Association linked to the Macao Federation of Trade Unions (FAOM), Kelvin Choi Kam Fu, indicated that although the proposed salary package is still lower than the average salary of the city’s casino dealers, those former workers should accept the offer and “keep their jobs first”

Meanwhile, the director stressed that employees should wait for future economic recovery before considering changing their current job.

Kelvin Choi also expressed his hopes for the gaming concessionaires to try their best to take over the satellite casinos that are considering ceasing operation.