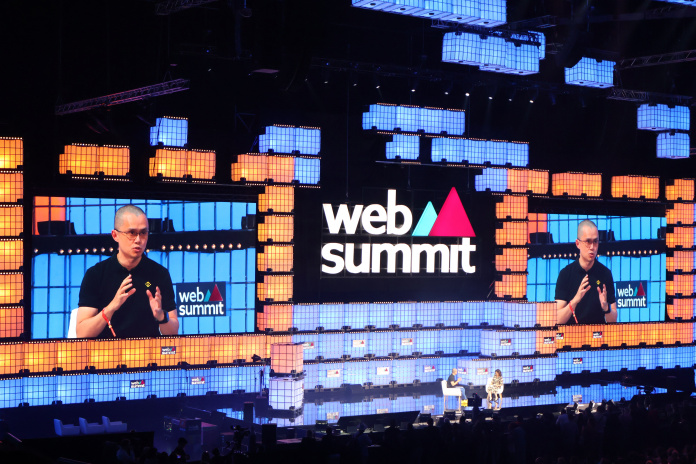 The CEO of Binance – the world’s largest cryptocurrency exchange – has commented on the opening of tech conference Web Summit that the current regulatory stance in mainland China for cryptocurrencies remains extremely negative.

Chinese-Canadian business Changpeng Zhao was one of the main guests at the opening event of Europe’s largest tech conference, the Web Summit, in Lisbon, Portugal, where he was asked to comment on China’s current government stance towards crypto assets.

“I think it is very negative. China is very restrictive [towards cryptocurrencies]. Cryptocurrency exchanges in China were banned two months after we started so I left the country promptly”

In 2015 before Binance, Zhao started a company called Bijie Tech, which provided exchange-as-a-service platforms to other exchanges, however, two years later the Chinese government shut down all such exchanges.

Shortly after and recurring to some of Bijie’s former team, Zhao launched Binance, but again the Chinese government issued a memo stating that crypto exchanges were not allowed to operate in China and blocked the platform, prompting the crypto entrepreneur to leave the country.

Zhai considered that the move ended up being a blessing in disguise as it forced us to force the group to “become more global”. Binance currently has subsidiaries in several different countries.

Binance generated US$20 billion in revenue in 2021, with more than US$9 trillion traded in the platform last year.

However, Zhao noted that Hong Kong authorities have displayed a more open attitude towards the sector, with an announcement just days ago that the SAR was planning on allowing retail investors to trade in cryptocurrencies and crypto exchange-traded funds.

Recently Macau’s Executive Council (ExCo) reviewed the latest draft of its Legal Regime for the Creation and Issuance of Money, which addresses what is and isn’t recognized as legal tender within the SAR.

The draft will now be submitted to the Legislative Assembly for consideration and eventual passage.

“I think we should not have a black-and-white view on regulation. There are many different countries with many different types of regulations […] The tricky part of the regulation is how to protect consumers while encouraging innovation. If you want to do one of those two is very easy, but in order to do both you need to strike a balance,” Zhao commented during his interview.

“Smart regulators will encourage innovation and technology development while enforcing certain rules to protect consumers […] There are some that are striking a good balance […] Dubai, France, Bahrain, Abu Dabi, Italy or Spain are good examples.

The first half of 2022 saw the two most popular cryptocurrencies, Bitcoin and ethereum, lose more than 50 per cent in value from their all-time highs in late 2021.

Zhao also commented on Binance’s US$500 million investment in social media platform Twitter, as part of Elon Musk’s recent takeover of the platform, commenting that the move was prompted by a defense of “freedom of speech” and monetization opportunities for the platform.