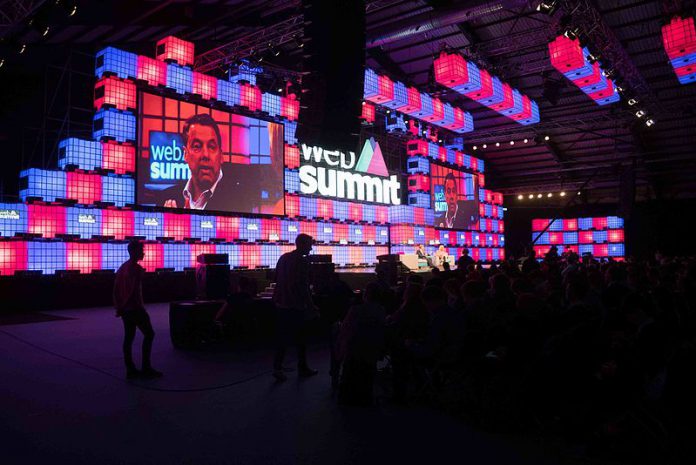 After a three-year gap, local economic authorities have informed Macau News Agency that they plan to again organize a local startup delegation to future editions of the Web Summit tech conference in Lisbon.

One of Europe’s largest tech conferences, Web Summit was originally held in Dublin, Ireland until 2016, when it moved permanently to Lisbon. The 2022 edition will take place between November 1 and 4, with 70,000 attendees expected, but, for the third year in a row without a Macau presence.

In 2017 the Macau Economic Bureau (DSE) launched an incubation co-working space under the management of state company Parafuturo, known as the Macau Young Entrepreneur Centre (MYIEC) with a focus on software, medicine, multimedia, travel, and logistics.

MYIEC has so far organized the two only official delegations of Macau startups and entrepreneurs that attended the annual technology conference, the first in 2018 and the second in 2019.

The first visit to the event took place in 2018, when the Macau Youth Entrepreneurship Incubation Center organized an “Incubator Unicorn Portugal Delegation” for a tour of the Lisbon startup ecosystem, with the purpose of building an exchange and cooperation platform to help entrepreneurs gain insight into the forefront of the market and connect China and Portugal businesses.

In 2019 the MYIEC took 11 of its startup members to the event, but as official exhibitors in Web Summit, with its mission statement at the time being to provide information on the entrepreneurial environment in the Guangdong-Hong Kong-Macao Greater Bay Area.

However, since the pandemic outbreak in 2020 no further delegations were organized, with the 2022 edition again without a presence from the SAR.

“Before the outbreak of the pandemic, Economic and Technological Development Bureau (DSEDT) and the MYIEC organized Macau enterprises and entrepreneurs to participate in the Web Summit in Portugal and visited local universities and incubators to build a solid foundation for future cooperation,” the DSEDT responded to an MNA inquiry.

“Under the circumstances that personnel exchanges are restricted in an effort to prevent the spread of coronavirus, DSEDT is not planning to organize a trip to attend the Web Summit in Portugal this year.”

However, the department added that it planned to keep on collaborating with Portuguese incubators in the future with Web Summit one of the events the department would “consider taking part in”.

“The DSEDT maintains close cooperative relations with higher education institutions and incubators in Portuguese-speaking countries (PSCs) […] [We] will further leverage Macau’s advantages as a platform between China and PSCs to continue strengthening technological innovation exchanges and cooperation,” the department told MNA.

At the time an MYIEC member via his travel startup Follow Me Macao, Marco Duarte Rizzolio attended both official delegations, telling MNA that the networking aspect and the opportunity to keep up with the new trends in the area of innovation were very beneficial for his experience as an entrepreneur.

“Startup booth stands to allow you to see startups, talk to the founders, have demos of services/products, which allows you to be aware of new technologies, new services, new software,” he noted.

“Meanwhile you can listen to speakers comprising of managers and founders of the most innovative companies in the world with various types of side events such as open house events, visits to incubators, companies, startups […] These are networking events also organized by companies or organizations that are part of the entrepreneurship and innovation ecosystem”.

Bibito Henriques, another Macau resident that attended the last official trip to the tech event in 2019 also described to MNA that the trip gave him the chance to contact other innovation projects, present his business concept and learn how the startup pitch and entrepreneurship universe works.

“Macau Sailing, the product I took to Web Summit was an idea to create an app to link all ports and marinas for leisure sailors in the GBA. For requests for entry for example, identify sailing sports, and receive warning notifications. So a catch-all app for marinas and sailors,” Henriques told MNA.

The resident hoped in the future such delegations could be repeated but suggested that larger preparty work should be put in place.

“The vist taught me there was nobody interested in a paper project everyone wanted a mock-up, an already working app. This was a surprise, I was looking for an investor, and for me, if I had the capacity to develop an app I wouldn’t,” he added.

“It should be a government priority to organize a delegation but we should be more prepared before going. Maybe a selection of the more viable projects, with mock-ups and concrete products to present”.