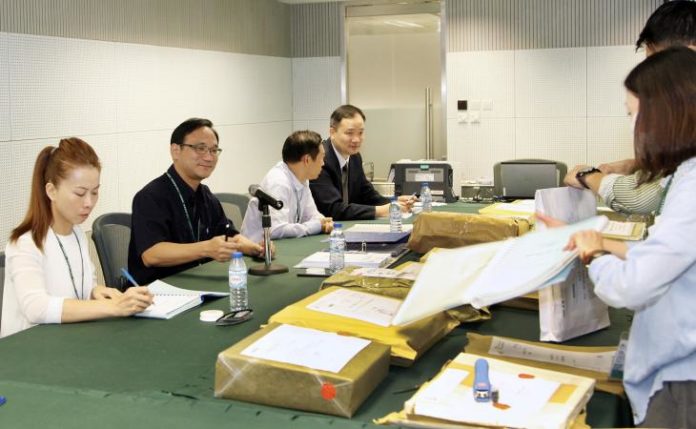 The construction of the Public Prosecutors Office building is expected to commence during the first quarter of next year, the Land, Public Works and Transport Bureau (DSSOPT) announced yesterday.
According to local broadcaster TDM Radio, the government received 18 tenders for the first-phase construction of the building. The new building, located next to the Chinese Liaison Office in Macau on Avenida Dr. Rodrigo Rodrigues, will occupy 2,200 square metres and comprise eight storeys plus a two-storey basement.
Currently, the citys Prosecutors Office is situated in a commercial building in ZAPE on the Peninsula.
DSSOPT added yesterday that the authorities are still designing the plans for the superstructure and main structural works for the second-phase construction of the building, claiming there was thus no timeframe for inviting the tender.