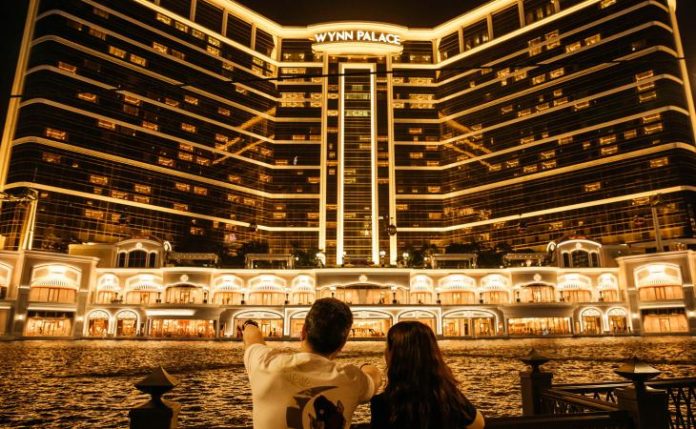 Wynn Macau and Wynn Palace both saw their operating revenue fall in the last quarter of 2019, the latest financial report by Wynn Resorts reveals.

In total Wynn Macau Ltd reported operating revenue dropped 13.8 per cent year-on-year to US$1.12 billion (MOP8.9 billion) in the last quarter of 2019, with casino revenue falling 15 per cent to US$946.3 million.

According to the report Wynn palace recorded a 20.3 per cent year-on-year fall in the fourth quarter of 2019 to some US$590 million, with adjusted property EBITDA falling 21.6 per cent to US$177.6 million.

Meanwhile, operating revenues from Wynn Macau dropped 5.1 per cent year-on-year to US$525.4 million for the fourth quarter but with adjusted Property EBITDA rising by a slight 1.5 per cent to US$170.1 million.

According to a note from Sanford C. Bernstein, overall, Wynn Macau recorded US$1.24 billion in gaming revenues a 20 per cent year-on-year fall and representing 13.9 per cent of total Macau market share.

Wynn Resorts CEO Matt Maddox, praised the investments made by the group in the city as allowing the it to ‘compete in any market environment, supported by another quarter of record mass table win’

‘It was also a successful quarter on the development front as we made significant progress rolling out the industry’s leading global growth pipeline.[…] In November, we launched key portions of the new Lakeside Casino at Wynn Macau, further solidifying the property as the peninsula’s marquee integrated resort,” Maddox noted.

The group also addressed the current 15-day casino operation suspension in Macau due to the coronavirus outbreak, indicating in the financial report that it expects hotel and certain food and beverage operations’ in its Macau operations to remain open during this period.”

According to Bernstein, Wynn has ‘guided’ for an operating cost per day of US$2.4-2.6 million, including US$1.8-1.9 million per day of payroll expenses to 12,200 employees, with management suggesting that they are not looking to reduce staff.

February 22, 2020
Muslim men should be profiled at airports as terrorists will "generally be of a Muslim...

February 22, 2020
Xiao Yao doesn't know when or where he caught the new coronavirus.