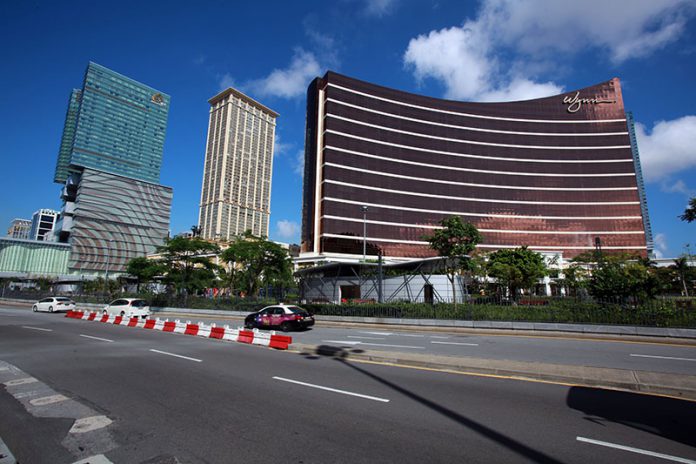 Wynn Macau reported some US$900,000 in EBITDA losses per day during the second quarter and almost US$1 million (MOP8 million) per day in the third quarter so far, CEO Craig Billings pointed out during the group’s latest financial results conference call.

The gaming operator reported a net loss of US$270.6 million in the second quarter of 2022, more than double that of the same period of last year.

Billings underlined the contrast between the performance of the group in 2022 in its North America properties in Las Vegas and Boston, and that of its Macau operations, the first reporting ‘meaningfully elevated business volumes’ with the last showing a difficult period of ‘isolation and volatility’

“In Macau, the market continues to be very difficult with marketwide GGR in July, only reaching approximately 2 per cent of July 2019 levels. Our results have reflected that in roll, drop, hotel occupancy and EBITDA. Overall, our EBITDA loss in Q2 was US$90 million, which was negatively impacted by around US$8 million from low VIP holds,” Billings stated.

As Macau faced its worst pandemic community outbreak in July, new movements and business restrictions greatly impacted the city’s tourism and gaming sectors, with Wynn’s quarter-to-date EBITDA of approximately US$1 million in losses per day.

However, the group’s management described the result as positive, considering that Macau observed a shutdown of integrated resorts for nearly two weeks during July.

“Our team has done a fantastic job controlling costs in a very challenging operating environment through a combination of decreases in payroll and fixed opex,” Billings added.

In a recent note, Morgan Stanley analysts estimated that Macau’s six concessionaires were losing a combined US$800 million per quarter, with their combined debts since the start of the pandemic rising from around US$5 billion to more than US$20 billion.

The group also maintained US$1.3 billion in total cash and available liquidity in Macau and US$1.7 billion in the US, excluding a US$500 million loan facility recently handed by Wyn. Resorts to Wynn Macau.

The group has also announced some important leadership changes in Macau recently with COO Linda Chen set to move into the role of president early next year; Frederic Luvisutto moving into the role of COO for the entire Macau business, and Craig Fullalove, assuming the role of CFO and CIO.

Billings expressed confidence in the appointments and underlined that despite the current challenging business environment, Wynn remained, in the longer term “excited” about the prospects for Macau due to “pent-up demand for travel and tourism in Asia”.