Around 20.6 percent of local youngsters admitted to having gambled on the World Cup matches, according to a pool surveyed by a local association. The survey was conducted by S.K.H Counselling Service for Problem Gamblers, which interviewed a total of 568 people under 18 years, by phone. From those, 20 people took part in illegal gambling, S.K.H’s coordinator, Seiko Lee Wai Wah, told the Macau Daily Times. In 2006, a similar survey reported that 2.9 percent of respondents had gambled on the Euro Cup. Almost one third of respondents (32.4 percent) said that this year their gambling frequency increased, while 29.1 percent said the amount spent on gambling also went up. Around half of the youngsters spent around MOP100 to MOP200 on gambling activities. 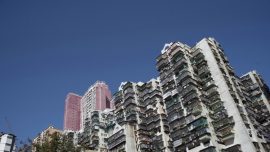