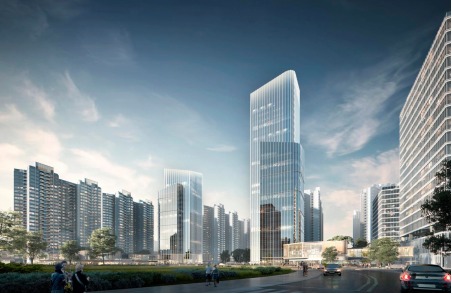 Meanwhile, Zhuhai HIDZ will put its main focus on the development of several hi-tech industries, including semiconductors and integrated circuits, information technology applications, artificial intelligence and robots, biomedicine and medical devices, new energy and smart grids and digital economy, while promoting the incubation of “future industries” such as blockchain, 6G, and quantum technology.

Also, the hi-tech park aims to reach a total revenue of RMB150 billion by 2025, while managing to house more than 30 listed companies and over 1,000 small and medium-sized high-tech enterprises in the park.

The Zhuhai HIDZ was established in December 1992 by the State Council of the People’s Republic of China, and the total added value of industrial enterprises above a designated size in its main park was around RMB40.8 billion in 2021.

Data shows that the high-tech zone in 2022 has already received RMB35 billion in investment, and some 100 investment projects are under discussion process with a total value of over RMB40 billion.

In the meeting this week, the Zhuhai government also proposed to house 2 to 3 companies with the size of RMB3 billion to 5 billion, together with over 20 listed companies and some 550 technology-based SMEs in the hi-tech park by end-2022.

Moreover, the Zhuhai government proposed to build the industrial zone into a “world-class hi-tech park”, benchmarking against the scale of Shenzhen Hi-Tech Industry Development Zone.

To promote cooperation with Shenzhen, the Zhuhai government indicated speeding up the construction of the Shenzhen-Zhuhai Sea-crossing Bridge and Shenzhen-Zhuhai Intercity Railway (Lingdingyang Corridor).

Also, the Zhuhai HIDZ said in the press release that it will collaborate with the scientific research institutions, higher-education institutions and enterprises in Shenzhen high-tech zone, to achieve a “win-win situation”.