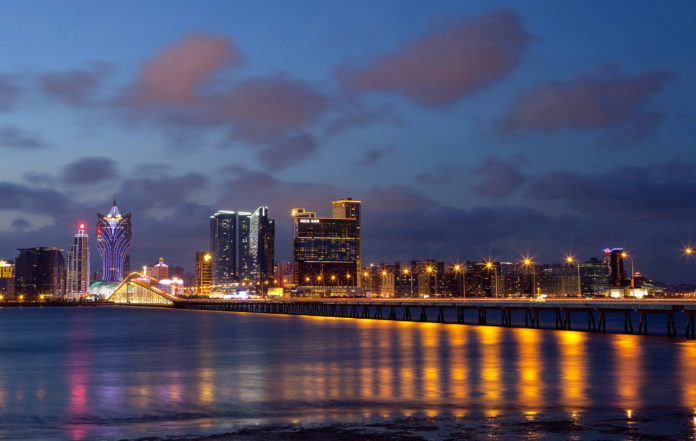 The Secretary for Economy and Finance, Lionel Leong Vai Tac said yesterday that the MSAR government would pay close attention to the future details of Japan’s gaming casino policies in order to maintain the city’s competitiveness in the international market.
Japan’s parliament passed a bill legalizing casinos early yesterday, paving the way for billions of dollars of potential investment after years of political wrangling.
“We will pay close attention to the later details [of the legislation],” said Secretary Leong yesterday morning.
“Such as the taxation system and the timetable [of the legislation] so that we can study and determine the future development of Macau, as well as our situation in the international market – how to keep our advantages in the international competition when gaming concessions expire in the future,” he claimed.
The revised Japanese casino bill was passed in both houses, Kyodo News reported, after hours of delaying tactics by the opposition. Details of the so-called integrated resorts must be laid out in a separate implementation bill before any casinos can be built – meaning none are likely to open their doors in time for the 2020 Tokyo Olympics.
International gaming companies have been mulling investments in Japan amid a boom in tourism, particularly from China. Wynn Resorts Ltd, MGM Resorts International and Las Vegas Sands Corp. are among the operators that have expressed interest. The opening of two integrated resorts in major population centres could bring in US$10 billion in revenue, with potential for US$30 billion if they spread across the country, according to a report by CLSA this month.
“This is a landmark occasion and should be a shot in the arm as it relates to investor sentiment in all gaming names that could be players in Japan,” Grant Govertsen, an analyst at Union Gaming, said in a research note.

Tackling addiction
Some members of Prime Minister Shinzo Abe’s junior coalition partner Komeito, which is backed by a Buddhist group, have been reluctant to accept legalization because of concerns over gambling addiction and money laundering. A duty to tackle addiction is included in the revised bill, as is a requirement to review legalisation within five years.
“We have to pay close attention to the implementation bill,” said Satoshi Sakamoto, who has been tapped by Konami Holdings Corp. to head a new company in Japan to invest in casinos after the legislation passes. “If we are going to have casinos in Japan, we will establish the best regulations in the world, along with the personnel and systems to enforce them. It’s important that we create facilities where guests have a safe and pleasant experience.”

Public against casinos
Japan already allows gambling on horse, boat and bicycle racing, while the pinball-like game of pachinko has spawned its own addicts. A survey published by public broadcaster NHK this week found only 12 per cent of respondents were in favour of lifting the casino ban, with 44 per cent opposed and the remainder unsure.
The bill was previously abandoned after being submitted to parliament in 2013, and debate was delayed after a second submission last year. It was rushed through this session after discussion was re-opened on November 30.
Komeito leader Natsuo Yamaguchi was quoted by Kyodo News as saying earlier this month that many people felt the discussion period had been too short. With a majority in both houses, Abe’s LDP no longer needs Komeito to help it pass legislation, although it does rely on its ally for electoral support.
Yokohama and Osaka have been touted as potential venues for the first casino resorts, while Tokyo Governor Yuriko Koike has not come out clearly in favour of a venue in the capital.
U.S. casino operators eyeing opportunities in Japan issued statements praising the vote. MGM said it is “well-prepared” to pursue a project there, with a full-time development team in Tokyo already. The company has also been sponsoring Kabuki events locally.
“To us, the opportunity is thoroughly Japanese and thoroughly delicious,” Wynn Resorts Chief Executive Officer Steve Wynn said in a statement. *with Bloomberg