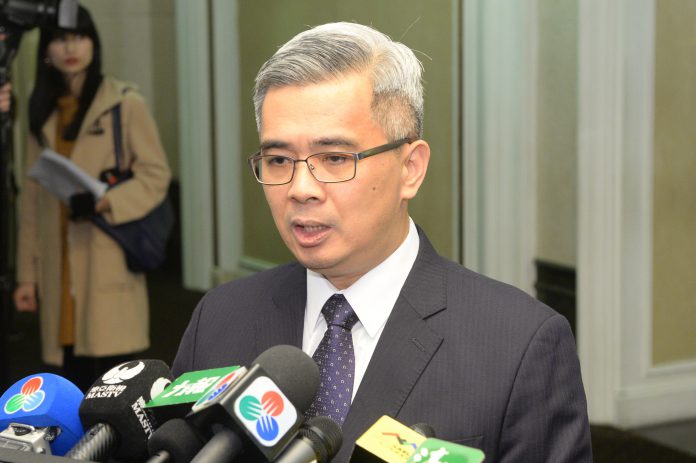 Secretary for Security Wong Sio Chak said today (Friday) that the mechanisms for monitoring access to personal data by the police are effective, pointing out that since 2014 some 17 police officers have been detained and investigated for illegal access to information.

“According to statistics, from 2014 to date 17 police officers have been detained” for illegal access to personal data of citizens, “three from the Judiciary Police and 14 from the PSP, having been sentenced to prison terms between one and 21 years,” said Wong Sio Chak.

The official stated that 15 agents were dismissed, pending “the conclusion of disciplinary proceedings against the rest”.

The information was provided by the Secretary for Security in response to a question by legislator Sulu Sou in the Legislative Assembly of Macau, who questioned the effectiveness of the internal inspection mechanisms of police officers.

The deputy evoked a case, released at the end of October 2020 by the office of the Secretary for Security, in which a PJ criminal investigator is “suspected of accessing several times, without authorization from his superior and out of self-interest, to citizens’ migration records”, regretting that the case only came to the attention of the authorities and the public after the victim filed a complaint.

The agent is “suspected of the practice of crimes of abuse of power foreseen by the Penal Code and of improper access foreseen by the Personal Data Protection Law”, said a note released at the time by the Secretariat for Security.

The legislator recalled that “under the organic laws of the PSP and the PJ, the scope of the information to which they have to access is quite wide, namely the recordings of the system ‘Eyes in the Sky'”, and underlined the importance of “having effective enforcement mechanisms” to “safeguard citizens’ fundamental human rights”.

In response, the Secretary for Secuirty assured that access to citizens’ personal data “cannot be done freely” and that “there are control systems, with registration functions, so that the chiefs can supervise these acts”.

“Security authorities have carried out inspection work on illegal access and the practice of the respective crime, applying strict sanctions,” he said.

August 18, 2022
Guatemala said Wednesday it had recovered 33 pre-Columbian artifacts that were voluntarily returned from a...

August 18, 2022
The remains of 14 firefighters who died combatting a major blaze at a Cuban fuel...
Load more