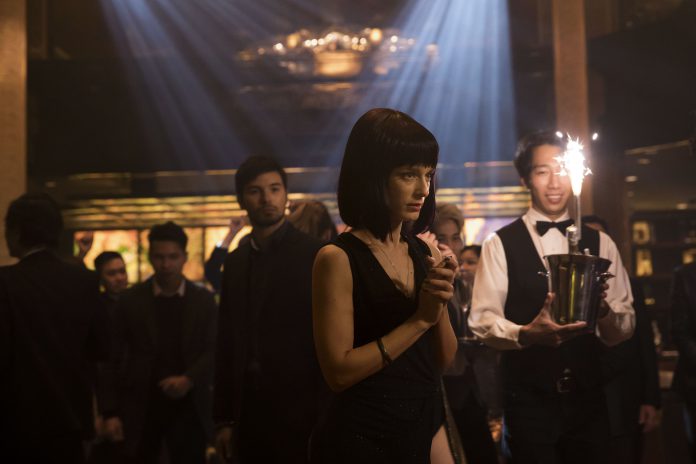 Macau (MNA) – Empire Hotel, a Macau film production directed by locally-based Portuguese director Ivo Ferreira, held its first-ever screening in the city it depicts on the screen, with its director telling Macau News Agency (MNA) the movie will soon hit cinemas in Portugal and internationally.

“It’s the most important day of this movie in a certain way. It was here that it was conceived and it is here that it will be delivered. It’s a very special day,” Ferreira told MNA during the film’s 2018 International Film Festival and Awards Macau (IFFAM) red carpet ceremony, held at the Macau Cultural Centre on Tuesday night.

According to Ferreira the movie will soon open in Portuguese cinemas with contacts already made to take it into the international circuit.

The movie tells the story of Empire Hotel, an old hotel in a traditional neighborhood of Macau, with a woman named Maria having to take care of management as her aging father seems unable to do it.

Maria sings Fado in a casino and boards several prostitutes in the hotel, with the story revolving around her struggle to not sell the property and dealing with a mysterious newly arrived man named Chu.

According to Ferreira the movie is a depiction of his perception of an imagined Macau using his memories and experiences of the city since he moved here in the 1990’s, with the movie portraying a conflict between an ever changing city landscape.

The movie production managed to film is areas of the city not open to the public, such as the old Macau Palace Floating Casino at Lamau Dock, which was relighted and decorated for the film.