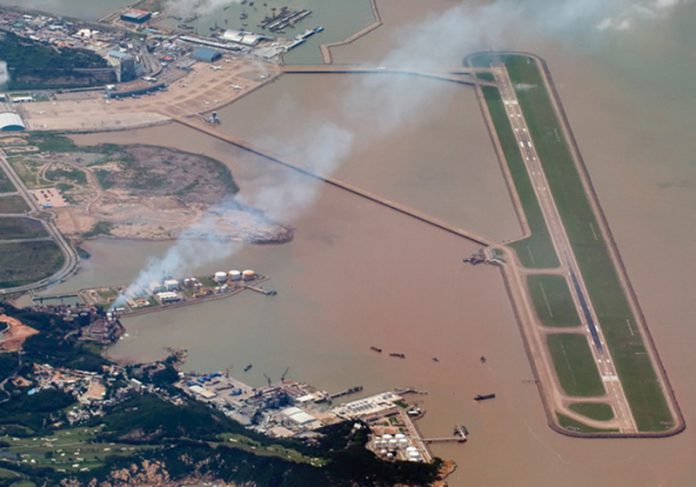 Macau (MNA) – With the announced end of Air Macau’s exclusive concession contract in 2020, analysts told MNA the opening of the market will be beneficial to consumers and tourists, however, previous failed attempts by airlines could deter companies to enter the local market.

Portuguese language newspaper Hoje Macau reported on Wednesday that the the Civil Aviation Authority of Macau (AACM) has informed Air Macau that it will not renew its exclusive concession contract, which is set to expire after November 2020.

In 1995, Air Macau signed an exclusive concession contract for the public service of air transport of passengers, baggage, cargo, mail, and parcels from and to Macau, for a 25-year period.

According to economist José Duarte, the government’s decision “comes late” since he does not see any advantage for Air Macau, or any other airline, to have a monopoly on the local aviation or tourism market.

“Apparently Air Macau did not fulfill their contract fully, or at least did not provide services to many destinations for which it had the monopoly […]. There has always been people who argued that, not fulfilling the contract stipulations, the government should’ve intervened earlier to limit their powers,” the economist told MNA.

However Mr. Duarte said that he understood that the government didn’t want to get involved in a “complex legal debate over the existing contract” and that their decision to not renew the contract is understandable.

For Glenn McCartney, an Associate Professor in International Integrated Resort Management at the University of Macau (UM), allowing more competition can only bring better options for consumers.

“In an open economy, competition is a good thing. It brings standards up and so forth. It’s definitely a step in a good direction in terms of bringing more players into the market, more routes, and airlines. It’s a wonderful thing,” he told MNA.

“You can see what happened with integrated resorts and casinos with an open market, that competition drives a lot of innovation. Within the gaming market, you can see loyalty programmes, innovations, lots of rewards to customers. A lot more customer focus than when you don’t have participants in the tourism market.”

The airline also recorded some RMB116 million (MOP137 million) in net profit for the first half of 2018.

However, both analysts cautioned that future new players would think twice before entering the local market, considering the past track record of failed attempts.

After the company was authorised to sign sub-concession contracts in 2006, an agreement was reached with low-costs Macau Asia Express – an Air Macau joint venture with CNAC (China National Aviation Corporation), and the Shun Tak Group – Golden Dragon Airlines – owned by Stanley Ho –  and Viva Macau, all of which ended up failing and losing their license.

According to Mr. Duarte, in the last 15 years, many low-cost companies expressed their interest in establishing a base in Macau, something that ended up being thwarted “apparently because of the difficulty in surpassing some of the obstacles posed by Air Macau’s monopoly” over the most profitable routes.

Nevertheless, the economist believed there could still be several candidates, with some surviving others as it happens in any free market.

“Of course, nothing stops the Macau government to have a flagship company, but that’s another issue […]. Nothing justified having an airline with a monopoly that gives it unfair advantages over other airlines,” he added.

For Professor McCartney, airlines looking to enter the market will always assess its viability, through factors such as capacity loading of MIA, or regional passenger fluxes when determining the most profitable routes.

“For example, there’s a lot of migrant workers flying to the Philippines to visit friends and relatives […]. These airlines will have to do a calculation. Is this feasible for us? […] They will look at their capacity. If after a while they are losing money on a route, they will stop it. It comes down to your spreadsheet,” he added.

For the tourism expert, markets such as South Korea and India could offer profitable routes to new players in the market, but everything also depends on how local tourism authorities and MIA want to position themselves in the Greater Bay Area space.

“MIA has to strategise the next 15 to 20 years: where it is going, and its positioning towards Hong Kong airport, Guangzhou, and Zhuhai airport. Even this being a small region, there’s a lot of competition,” he said.

Nevertheless, he believed there would still be space for Air Macau as a local flagship carrier.

“We’re talking about a world class city, and people always look at your [flagship carrier]. They look at Singapore Airlines in Singapore or Cathay Pacific in Hong Kong, there’s always a reference,” he stated.