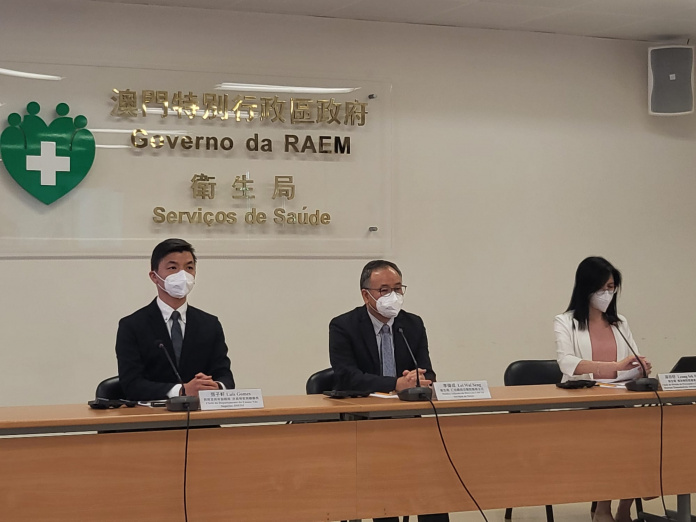 The decision to mandate that all Filipino nationals in the Macau SAR would have to undergo daily nucleic acid testing is not “discriminatory” and was made after a risk assessment of transmission risks within the community, Novel Coronavirus Response and Coordination Centre Coordinator Dr. Leong Iek Hou stated today (Friday).

Yesterday local health authorities announced that starting from today all Filipino nationals, including Macau residents who hold Filipino passports, will be listed as key groups and required to carry out NAT every day.

The justification for the order was based on an analysis of statistics of confirmed cases, with authorities stating that the infection rate of Filipino was higher than that of other groups of people, representing about 10 per cent of the almost 1,800 confirmed cases.

Inquired on the matter today (Friday), Dr. Leong stated that authorities always complete a risk assessment of the groups is defined as of high risk, with data showing that 24 per cent of all confirmed Covid-19 cases uncovered within the community involved Filipino nationals.

“We have defined many different risk groups based on several factors and we don’t want to discriminate against anyone. […] Last year we also defined Nepal and Vietnamese non-resident workers as risk groups,” Dr. Leong added.

In October 2021, certain occupational and national groups of individuals were ordered to take four NATs in eight days, including workers in construction, laundry and security trades, as well as non-resident workers from Nepal and Vietnam.

Pressed if testing a whole group solely based on nationality was an efficient use of public funds, Dr. Leong repeated the high percentage of confirmed cases involving members of the community and underlined that as the number of daily cases had been reduced to zero it was important to assure transmission chains were broken and “hidden risks were uncovered”

“Before we considered defining risk groups by profession but we saw that the Filipino community has many different professions. We also realised that they have many gatherings,” Dr. Leong added.

“We had already carried out checking in direct contact or family but it is sometimes not sufficient. We have to use all means to break the transmission chains. Many people say they have never left the house but it is hard for us to assess this. We can’t be too flexible otherwise it will be too hard to control.”

Filipino nationals in the city amount to some 30,000 people, about 4 per cent of the city’s population, based on the most recent data provided by the government.