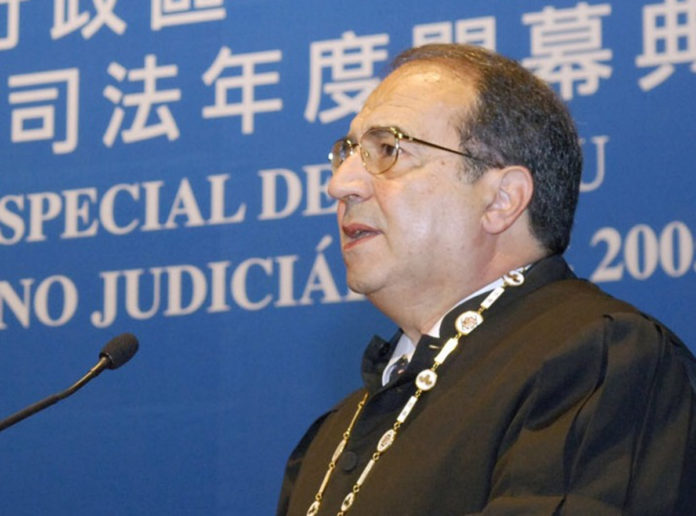 Macau (MNA) – The president of the Macau Lawyers Association (AAM), Jorge Neto Valente, said this Thursday that he considers any review of the local application of the National Security Law as “unnecessary” and that constant changes to local laws “damaged the judicial system”.

Last week, the Office of the Secretary for Security, Wong Sio Chak, announced in an on-line statement that the National Security Law inscribed in Article 23 of the MSAR Basic Law should be reviewed in order to reinforce the ‘demonstration of the ‘One country’ principle’.

According to the AAM president, since the law was introduced in 2009 there has been no issues that justified this, saying “constant legislative changes” to already enforced laws in Macau “damaged the judicial system.”

“I’m saddened every time I hear that a law needs to be changed since it implies the law was not properly done, which happens every day. The Legislative Assembly (AL) is very busy in changing laws created a short time ago, which means there’s bad legislative work. If laws were made properly by knowledgable people there would be no need to review them,” he added.

The lawyer also commented that the increased penalties for disrespecting the Chinese national anthem were creating a disproportionate level of punishment for crimes in local law.

The Legal Affairs Bureau (DSAJ) is preparing a law proposal for enforcing recent changes made to the Chinese National Anthem Law, that could see jail terms of 15 days to three years in ‘serious’ cases or fines of HK$50,000 (US$6,370) applied locally for disrespecting the national anthem.

“Has anyone in Macau ever committed any offence to the Chinese national anthem law? Is there any need to put criminal charges forward to people without patriotic sense? […] This would harm the lives of local residents. Everything is being regulated by the millimetre. This is not the purpose of laws,” he added.

The AAM president stated one of the “biggest virtues” of the Macau system was the appropriate proportion of punishment to crime.

“For a strong action there needs to be a strong reaction, but for actions that have no value there’s no need for atomic or explosive reactions,” said Mr. Valente.

Mr. Valente made the comments on the sidelines of the ceremony commemorating the second anniversary of the Portuguese-speaking countries Food Products Exhibition Centre.