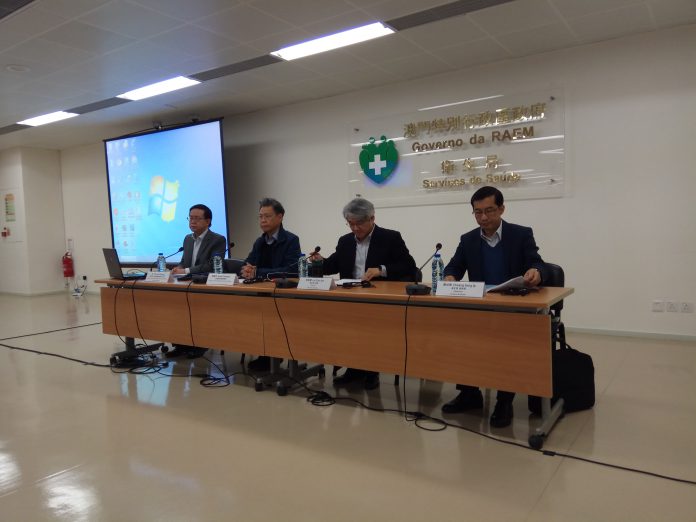 Macau (MNA) – A new booking system for flu vaccinations will start operating from January 29 in order to give priority to vulnerable members of the population, the director of the Health Bureau, Lei Chin Ion said during a press conference on Sunday.

Mr. Lei also announced that the government has acquired 40,000 vaccines given the higher demand registered during the week.

The new system for administering vaccines will give priority to children under 6 years of age, the elderly and those suffering from chronic diseases or in vulnerable health situations.

The vaccine is free for every Macau resident and also for non-resident pupils who could potentially pass the flu to their classmates. Those non-residents working with vulnerable segments of the population, such as the elderly, will also receive the vaccine for free.

The Health Bureau said it will keep distributing 1,000 vaccines per day.

The new batch of vaccines will be arriving in Macau in the next days, with the first batch expected in two days.

Authorities also stated their intention to cooperate with the private sector in order to keep up with the demand from the non-resident population.

The move comes after a 4-year-old girl died on January 25 due to influenza A, the very same day Health authorities stated that the number of vaccines in store for the local population was enough, as MNA reported. However, the next day, the number of people requesting vaccinations soared, as figures provided in the press conference showed.

On Sunday morning, the Secretary for Social Affairs and Culture, Alexis Tam Chon Weng visited the Areia Preta health centre to check on the situation of residents receiving flu vaccinations, a note released by his office said.