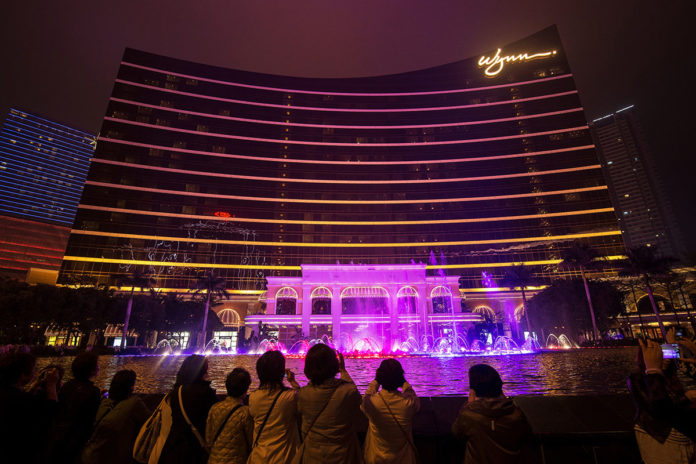 Macau (MNA) – Investors on the Hong Kong Stock Exchange on Tuesday made Wynn Macau shares recede HK$1.35 to close at HK$26.7, a 4.81 per cent decrease compared to Monday’s closing.

Losses seem moderate compared to the sharp decrease of its fellow company in the U.S. which saw a 9.32 per cent decrease on Monday.

The downward trend seems to indicate a mitigated effect on shares based upon the evolution of events regarding the Steve Wynn article published by Wall Street Journal last week. The article collected testimonies unveiling alleged sexual misbehaviour by Mr. Wynn, who roundly denied the accusations.

On Monday, representatives of the local gaming regulator Gaming Inspection and Co-ordination Bureau (DICJ) held a meeting with Wynn Macau, as DICJ confirmed to MNA.

Neither DICJ nor Wynn revealed the subjects tackled during the meeting.

Wynn Macau had earlier on Tuesday announced in a filing with the Hong Kong Stock Exchange that the company would ‘co-operate fully with any requests’ after ‘certain media comments’ regarding the DICJ.

Investors seemed not excessively impacted by speculation that the allegations could affect the licence renewal process.

Earlier Tuesday information by Bloomberg analysis raised questions about how the information unveiled by the WSJ article could impact the concession renewal process in the Macau SAR, as local legislation recognises reputation as one of the key elements in reaching a decision.