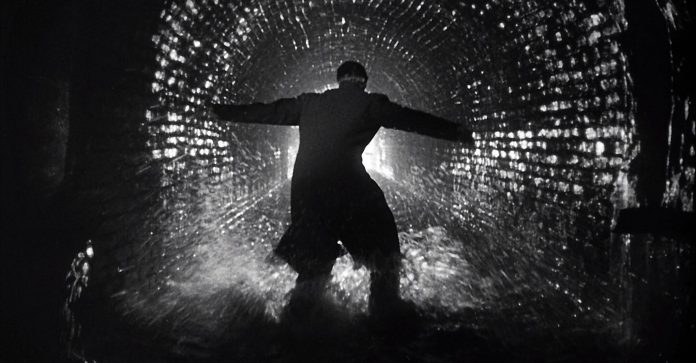 Sometimes one motion picture can provide the perfect insight into a systemic issue in any society, just by focusing on a simple case that perfectly encapsulates that issue.

This week we present a detective feature film surrounding a mystery company who wins the contract to manage the Cinematheque Passion film and cultural venue, starring the Cultural Affairs Bureau (IC), the local film community and a very confused media corps.

This production has all the elements of a Coen Brothers film, a mix of comedy and drama that makes it hard to discern the actual movie style, plus eccentric characters with weird hairdos, convoluted plots and a certain dose of stupidity to move the plot along.

Hidden subtle motives addressing the mysterious and chaotic nature of local public tenders also pop up. Sometimes in not so subtle ways.

So please turn off your phones and be amazed.

The decision by the IC comes as a surprise, as the previous managing company, Cut Lda was universally acclaimed by the sector for its work with the venue in Travessa da Paixao near St. Paul Ruins

The small cinema has become something akin to an oasis to local film buffs who like to have an alternative to super-hero movies at Galaxy and Chinese Opera at Cinema Alegria, as having done a great job organising film festivals and engaging with the community since the space opened in 2017.

It is true that Cut Lda made the highest bid of the four bids accepted, some MOP34.8 million, with Companhia de Producao de Entretenimento e Cultura proposing the lowest bid, and there’s nothing wrong in renewing management.

However, at this time, the audience is starting to suspect this all might be part of the new Macau SAR administration intentions to cut public expenses.

Suspicions arise that if a company named 02 Media who made a MOP7.8 million bid had not been disqualified, it might’ve been awarded the contract.

Some social media rumours even suggest the new company has some kind of tie with junket group Suncity and its film subsidiary. Just rumours, though.

Our heroes try to assess who is this mystery company. The little public information found indicates the company was founded in 2015 by Ieong Chan Veng and his wife, Ho Sio Chan.

Some reports indicate the company also took part in a public tender for the concession of the souvenir shop at Mandarin House but ended up being excluded for not paying the required deposit.

It seems the company also took part in public tenders held by the Macao Government Tourism Office to make promotional films about the city, but also without success.

In 2016 Ho sold her stake to a man named Tung Wing Ha, and according to commercial registry information as of June 1 of this year, Ieong held 80 per cent of the company and Tung 20 per cent.

However, with company structure changes having been effected on June 8, data from the company will only be publically acessible 15 days after. Strangely coinciding with the public tender results. The plot thickens.

On Friday, a group representing almost 300 members of the film sector submits a letter to the IC questioning the decision and asking for more information on Companhia De Producao and its three-year plan.

Their concerns seem warranted. Most of the local sector know and are friends with the previous association in charge of the Cinematheque and regularly worked with them.

They want to know how a MOP15 million budget will allow the maintaining of the same quality standard and frequency of activities, previously carried out by the cultural space.

Shortly after, the IC holds a press conference with the media to clarify the matter, and proceeds to not provide any clarifications, in another quirky plot twist in this feature.

An IC representative repeatedly explains that the bidding process has been transparent and in accordance to all legal requirements; how the department didn’t just look at the lowest price but also experience; to then explain the department can’t yet provide any information on the company’s experience and plans for the Cinematheque.

No representatives of the company were present in the press conference, with the IC representative at one point stating to about 20 reporters gathered for this useless event that health concerns connected to the Covid-19 pandemic did not allow the company reps to be present.

The audience explodes in rapturous laughter. Some even cry.

However, it is said the company wants to clarify all this conundrum and one phone contact is provided to the media as we get deeper and deeper into this Orson Welles nightmare.

Media call the contact provided and are asked that emails be sent so that the company can clarify all doubts over its experience. The same phone contact goes dead later in the afternoon and no reply is provided.

Later in the day, one reporter manages to reach out again. In a dramatic turn of events, she is informed that the company head is attending the Cannes Festival.

The music grows in a crescendo as the audience realises this year’s Cannes Festival has been cancelled due to the novel coronavirus.

At this point, someone turns to the hero and states: “Forget it, Jake. It’s Macautown.”

Fade to black. The End?